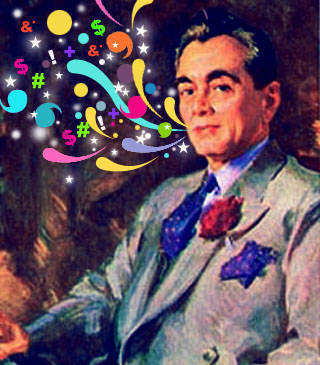 Which former president was slapped with frustrated murder and 14 years in jail? Find out how it all boiled down to one kiss in this 18th century gossip blast.

Courageous, loyal and principled–we were all taught that our heroes were golden boys (and girls). Insider A tells me different; below are the hottest scandals and secrets of these golden highnesses plus a few other PEP-worthy people.

The potty mouth: Manuel L. Quezon
From the mouth of the former president that spoke the immortal words, "My loyalty to my party ends where my loyalty to the country begins" also came–wait for it– "puñeta." Yes, that was his favorite curse word.

The other man: Jose Panganiban
Like John Estrada, this La Solidaridad writer should've taken lessons on subtlety. Panganiban had a taste for the forbidden. A writes, he "was beaten up in Barcelona because he was meddling with another man's wife."

The nose that knows: Gregoria de Jesus
Guess there was no room for any Panganiban moves for Andres Bonifacio or his wife would've sniffed it out of him. Gregoria de Jesus had such a sensitive nose that she could tell if something cooking was good with just one whiff.

The compulsive kisser: Jose P. Laurel
Who knew one kiss could get you 14 years in jail? A young Laurel stole a kiss from an unknown girl whose equally unknown boyfriend challenged Laurel to a fight. It was just a "scuffle" but apparently, the boyfriend "was seriously wounded." Laurel was slapped with frustrated murder. Lucky for him, his American lawyer got the Supreme Court to reverse the ruling. All this trouble because of a couple of unknowns? Yikes. 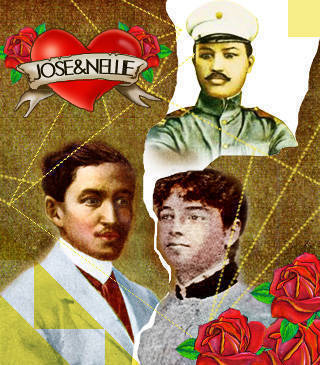 The love triangle: Antonio Luna, Jose Rizal and Nellie Boustead
He might have been a playboy, but Rizal was not averse to defending a lady's honor–especially when the lady happened to have a thing for him. Luna was courting Boustead, but Boustead seemed to have the hots for Rizal. After a few too many drinks, Luna had some pretty nasty things to say about Boustead which Rizal overheard. When Luna refused to give the public apology that Rizal demanded, they agreed to a duel. Too bad the duel didn't happen–Luna apologized after sobering up.

The traitor: Antonio Luna
Balimbing to the bone, Antonio Luna sold out the Katipunan and Jose Rizal. Not only did he divulge the initiation rites of the Katipunan, he also lied about the organization. He said it was the same as La Liga Filipina and was founded by Jose Rizal (the Katipunan, founded by Andres Bonifacio, was actually more radical). He did all this to fulfill his "duty as a loyal son of Spain." Or maybe it was just to get back at Rizal for stealing Boustead? Apparently, he looked sorry enough that he was welcomed back and was even named general of the Filipino forces by Emilio Aguinaldo.

The bone collector: Andres Luna
Juan Luna's son Andres didn't give him a moment of peace after his death. Before Juan's remains rested in San Agustin, Andres took Juan's bones everywhere. At night, he put the bones in a pail underneath his bed. Talk about comfy.

The average student: Jose Rizal
Now you can say something back to parents who guilt-tripped you to study using Rizal's sobresaliente (excellent) grades in Ateneo. They were only 12 in his class and eight of his classmates also had those grades!

The future model: Andres Bonifacio
National Artist for Sculpture Guillermo Tolentino channeled Tim Gunn with his Bonifacio makeover. From camiso, folded pants and bolo, he showed an all-new Bonifacio wearing closed barong tagalog and shoes while carrying a gun and bolo. Tolentino was inspired by a photo of Bonifacio and his sister. He also thanks the espiritistas for all their help.

We may have Hayden Kho and Katrina Halili now but these scandalous personalities could've given them a run for their money, had they lived in the same century. Special thanks to A, send more next time!

Sources: Bonifacio's Bolo and Rizal Without the Overcoat. Both by Ambeth Ocampo.

Jose Rizal Heroes Historical Scandals And Slightly Crazy Quirks Manuel L. Quezon Jose P. Laurel Antonio Luna Andres Bonifacio
Your Guide to Thriving in This Strange New World
Staying
In? What to watch, what to eat, and where to shop from home
OR
Heading
Out? What you need to know to stay safe when heading out