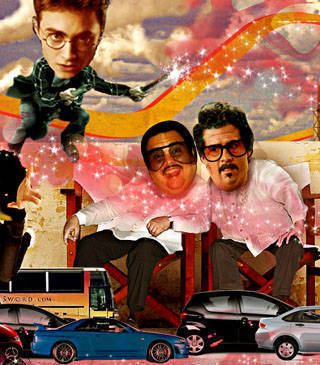 We've rounded up a list of things that we wish we could magic away. 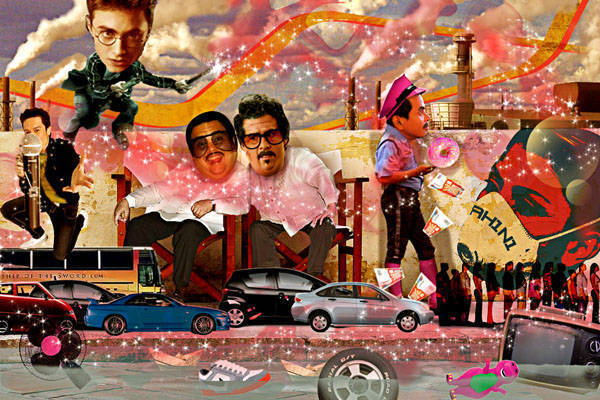 Harry Potter probably thought he had it bad dealing with Voldemort, but at least he had magic to help him out. We merry inhabitants of Manila, however, can only wish we could magic away the most annoying things about the city. Here are some magic spells we wish actually work.

It's a fact of Manila life and practically every motorist wants to wipe the streets clean every single day.

The incantation: Disciplinus
How it works: Instantly clears up the cause of a traffic jam, whether it's the counterflowing vehicular entourage of some politician, unnecessary road repairs on a perfectly smooth road, reckless drivers caught in a car accident, or an overabundance of buses muscling in on lanes reserved for private vehicles.

Garbage, smog–it's everywhere. Hardly makes for a healthy, walkable city like what the MMDA is pushing for.

The incantation: Achoo
How it works: This spell erases all signs of garbage and smog (we really wish the spell's effects are fancier than that, but that's the only change we want to see).

We're all sick of traditional politicians trying to convince us that they have our best interests in mind and younger politicians who pretend they're fresh and untainted.

The incantation: Resignus politico
How it works: Paralyzes the target politician for a day, during which he or she will be forced to recount all his or her misdeeds in detail, as well as their impact on the country, ending with a resignation and retreat from public life. Warning: This spell will not work on hardened politicians who have been in power for more than 10 years or are descended from a political dynasty.

Sometimes, it's uncanny how they sprout up around meal or merienda time and stop you for doing something as innocent as changing lanes (since when did swerving become a violation, anyway?).

The incantation: Contra padulas
How it works: This spell immediately shields innocent motorists from the eyes of traffic enforcers and simultaneously acts as a homing beacon to point enforcers to the real traffic violators. This doesn't necessarily put a stop to their bribery efforts, but at least you'll be spared from them.

Whether it's blown up by mass hysteria or we have a real pandemic on our hands, we think this disease-causing little bugger deserves to be booted out.

The incantation: Sanitus
How it works: Not only does this spell ensure that people are keeping themselves clean and germ-free, this also restores sanity and keeps people from panicking excessively about the virus.

This happens every time the rainy season rolls around and for some reason, it still catches local government officials off-guard.

The incantation: Estero
How it works: The spell won't do the officials' job for them by improving the sewerage system, but it will force them to wade through grimy floodwaters and make them realize what they've been doing wrong.

Have you ever walked into a boutique and had a saleslady examine your outfit critically, then proceed to ignore you if they deem you too shabby?

The incantation: Snabera reformitus
How it works: This handy little spell gives salesladies a quick reminder that they should warmly welcome anyone who sets foot in their stores regardless of their appearance.

From renewing your license, registering to vote, or registering your business, government offices definitely make things hard for people.

The incantation: Servicio publico
How it works: The spell actually does is it spurs on government workers to do their jobs rather than sit behind their desks and fiddle with their mobile phones.

9. People who invented the concept of mail-order brides

We love that foreigners go out of their way to discover the many charms of Manila, but not when the charms they seek are that of women who they think can be ordered to be a wife.

The incantation: Anti-instantius asawus
How it works: While the spell sounds hostile, it simply works to remind men that Filipinas, and women in general, are not playthings and that they should be looking for real love, not just an ego boost.

The occasional party and singing session is all right, but some neighbors just take their love of singing a little too far by cranking up the videoke machine every. Single. Night.

The incantation: Hatinggabina
How it works: This puts an abrupt end to spirited and wildly off-key renditions of Air Supply and Celine Dion songs by rendering the videoke machine inoperative for an undetermined period of time. If you've been sleepless for one week, for example, the machine can't be used for the same amount of time.

SPOT.ph wants to know: What pesky ills in Manila would you like to go away?

Nerd List Manila List Annoyance List
Your Guide to Thriving in This Strange New World
Staying
In? What to watch, what to eat, and where to shop from home
OR
Heading
Out? What you need to know to stay safe when heading out