"We were never consulted" -CCP on Malacañang's announcement of National Artists
Loading
Already a member? Log in
No account yet? Create Account
Spot.ph is your one-stop urban lifestyle guide to the best of Manila. 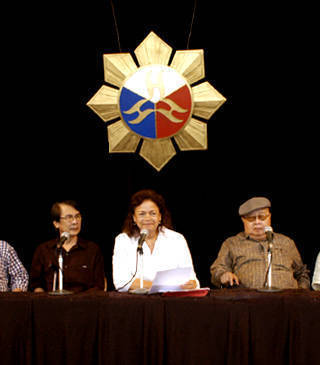 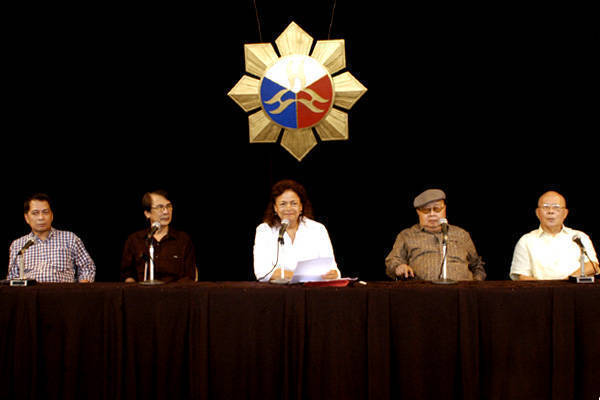 Various comments and reactions, ranging from snide remarks to disbelief have been flying all over the web and appearing in phone inboxes, from people who belong to inner art circles, appalled citizens and even from National Artists themselves. Bencab, 2006 Awardee for Visual Arts said, "It’s a mockery of the system. They might as well just appoint [their own choices] and not go through the whole process."

Today, Abrera, current chairman of the CCP Board of Trustees said, "While we respect the President’s prerogative to name her choices, we deplore the disregard of the established process whereby our National Artists are chosen.

We wish to clarify that we were never consulted about these final choices, nor have we been officially informed about them, to this day."

She shares that of the seven, only Francisco, Conde and Alcuaz were original choices. Ramon Santos (nominated for Music) had been dropped from the list.

"I’m not surprised that this happened. The presidents in the past have always interfered and you can’t do anything," Jose laments. "This I can tell you, there is no movie of Carlo Caparas that I have watched in entirety, I always walk out."

Lumbera adds, "It is obvious that a scandal has been created with the announcement."

Bernal reiterates that, "our efforts have been for naught. It is an insult to the whole body of people who made the selection."

Jardin clarifies that "it is the CCP that is in charge of the awards but we cannot act alone [on what to do]. We are still waiting for the National Commission for the Culture and the Arts (NCCA). If you ask me personally, I think a new law has to be created, a law that will probably include measures that will safeguard the integrity of the award to avoid politicizing."

According to Attorney Lorna Kapunan, who currently sits as Board of the Licensing Executive Society of the Philippines, "the President has no prerogative with regards to the National Artist Awards. The Constitution does not say she can appoint the National Artist."

"We have received no official communication about the National Artist Awards," reiterates Abrera. "And we respect artists who wish to express their individual opinion."

Several artists are organizing a protest rally on Friday, August 7, 2 p.m. at the Cultural Center of the Philippines (CCP) Ramp. To be led by artists Arturo Luz, Ben Cabrera, Bienvenido Lumbera, Rio Alma, F. Sionil Jose, Arturo Luz and Salvador Bernal, there will be a symbolic necrological service for the National Artist Awards. Confirmed to attend are Nestor Jardin of the CCP and Behn Cervantes, stage director, nationalist, former UP Professor and member of the CCP Board of Trustees.

SPOT.ph wants to know: Will you be at the CCP on Friday?