Carlo J. Caparas says he'd be crazy to refuse National Artist award
Loading
Already a member? Log in
No account yet? Create Account
Spot.ph is your one-stop urban lifestyle guide to the best of Manila. 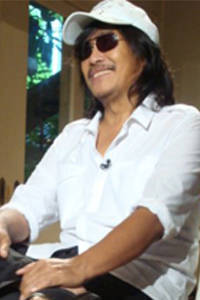 The comics-writer-cum-film-director is under fire for being selected National Artist for Visual Arts and Film through a presidential intervention. However, the Supreme Court blocked the conferment of the award August 25 pending an investigation into various protests, including the petition filed by National Artists Napoleon Abueva, Benedicto Cabrera, and Bienvenido Lumbera, Virgilio Almario and Arturo Luz at the Supreme Court to stop conferment of National Artists awards Caparas, NCCA director Cecile Guidote-Alvarez, fashion designer Pitoy Moreno, and architect Bobby Mañosa, who were appointed by President Arroyo without undergoing the strict selection process required by law to earn the high artistic merit.

Probe Profiles also interviewed Celeste Legaspi whose father Cesar Legaspi is a National Artist for Visual Arts; Elmar Ingles, an official of the National Commission for the Culture and the Arts (NCCA); and Emily Abrera, head of the Cultural Center of the Philippines Board of Trustees; and Dona Villa, Caparas' wife.

Probe Profiles will be aired August 26, after Bandila on ABS-CBN. The episodes may also be viewed for free on probetv.com.

Carlo J Caparas National Artist Probe
Your Guide to Thriving in This Strange New World
Staying
In? What to watch, what to eat, and where to shop from home
OR
Heading
Out? What you need to know to stay safe when heading out