Film critic Alexis Tioseco, girlfriend shot dead in his QC home
Loading
Already a member? Log in
No account yet? Create Account
Spot.ph is your one-stop urban lifestyle guide to the best of Manila.

Their household helper identified as Criselda,was said to have let three gunmen inside the couple's house at around 10 p.m. According to the police, one of the gunmen shot the couple as they entered the house. The robbers left with jewelry and a laptop, and drove away in the couple's white Ford Lynx with Criselda. The vehicle was recovered by the police at West Avenue this morning at 4 a.m. 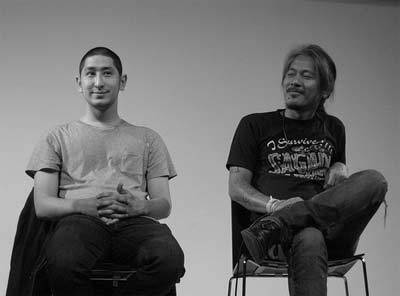 Tioseco was a faculty member of the arts department of the University of the Asia and the Pacific and was a regular contributor for several magazines and top newspapers, including the Philippine Daily Inquirer and the Philippine Star.

Tioseco, who met Bohinc on a trip to Slovenia, wrote in his column, "it is important for people to write about their own cinemas and not let it be left to those outside to dictate what matters."