Illac Diaz only Filipino to make it to CNNgo.com's "Hot List: 135 People to Watch"

Social entrepreneur Illac Diaz is the only Filipino to make it to CNNgo.com's "Hot List: 135 People to Watch." The multi-city guide site, which is a division of   CNN International and covers happenings in Bangkok, Hong Kong, Mumbai, Shanghai, Singapore and Tokyo, says "making our Hot List means being unique, fascinating and, most important of all, a contributor to our vibrant, emerging world."

Diaz, whom Spot.ph featured recently talking about his efforts to encourage proactive solutions to Climate Change is profiled on the list as such:   "Model, Harvard and MIT grad, and social entrepreneur, this 2008 World Economic Forum Young Global Leader has launched   the largest mass media campaign on climate change the Philippines has seen. Having already founded several organizations benefiting the poor, the 37-year-old brought together 50 of the top celebrities in the Philippines to join his current fight. A response to the devastation of Typhoon Ketsana, his Designer Village Challenge re-launches November 20." 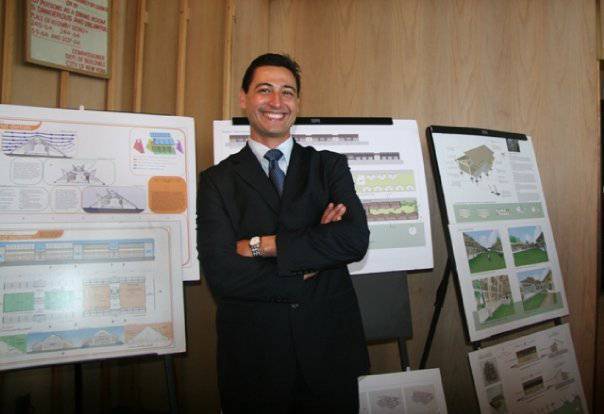 "If we think ahead of time, we can start realizing that we have to do something proactive," said Diaz in his Spot.ph feature. "The pattern of weather has been crazy and there's nothing to stop it unless we do something ourselves." He added, "We have to take responsibility, and it doesn't matter where you are: if you're in the city and you're poor, if you're in the province and you're poor, you're gonna be the first hit.   The best way to start to mitigate this is to build better architecture as the frontlines of climate change."

Diaz enlisted the participation of 47 artists including Kjwan, Mark Escueta, Barbie Almabis, Joey Ayala, Bayang Barrios, The Dawn, and True Faith, among others, for this music video for their Climate Adaptability campaign song called "Stand Up:"

To read more about Diaz's "Design Against the Elements" campaign, click here.

Illac Diaz Climate Change Cnn Cnn Hot List Cnngo.com Climate Adaptability Designer Global Village Stand Up
Your Guide to Thriving in This Strange New World
Staying
In? What to watch, what to eat, and where to shop from home
OR
Heading
Out? What you need to know to stay safe when heading out