UPDATED: Nationwide manhunt for ADB economist's son and nephew of Freddie Aguilar in road rage killing
Loading
Already a member? Log in
No account yet? Create Account
Spot.ph is your one-stop urban lifestyle guide to the best of Manila. 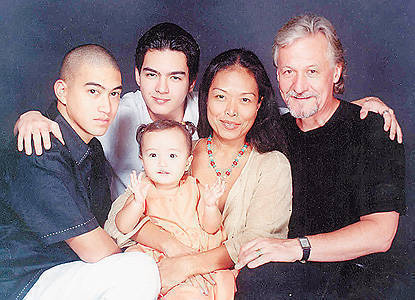 Jason Ivler also allegedly threatened to kill another man the night before he shot Renato Ebarle Jr. to death in a traffic altercation, reports Philstar.com.

According to Philstar.com., Manolito Cuya, 47, told police that he was threatened at gunpoint by Ivler after he blew his horn at the latter’s vehicle at around 9 p.m. on Hemady Street in Quezon City. Cuya alleged that Ivler approached his vehicle and pointed his handgun at him, saying: "Masuwerte ka may kasama kang mga bata. Pero pag nakita kita uli, papatayin na kita (You’re lucky you have children with you. If I see you again, I’ll kill you)." Cuya was with his wife, sister-in-law, daughter, and niece at the time. Additional charges of grave threats are set to be filed against Ivler, says the Quezon City Police District.

Ivler is banned from leaving the country by the NBI. He is believed to be armed with a .45 pistol and has been classified "armed and dangerous." "We’re conducting a nationwide manhunt to make him (Ivler) account for this gruesome and heinous crime. We’re employing all territorial forces in land, air, and sea and we’re ordering all national operational support units to leave no stone unturned," Philippine National Police spokesman Chief Supt. Leonardo Espina told GMANews.TV.

Witnesses have claimed that a bald headed Caucasian-looking man, between 25-30 years old, about 5’8", with a tattoo on his arm, stepped out of his blue Honda CRV, with the diplomatic plate number 20903, and shot Ebarle at close range, three times, through the car’s windshield after an almost collision.

Chief Insp. Benjamin Elenzano, head of the QCPD homicide section, determined that the vehicle described belonged to Pollard, based on the records of the Highway Patrol Group.

Ivler has a previous homicide record for the killing of former Undersecretary Nestor C. Ponce Jr. in a fatal car accident back in 2004. His mother, Marlene, sister of singer Freddie Aguilar, had once attested that her son’s life was under threat after the first incident. She says Jason was only three when his biological father, Robert Ivler, was killed in a car accident in Thailand. She appeared in a clip aired on a TV Patrol in tears, appealing for her son to surrender to police: