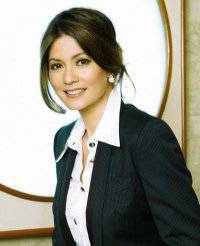 Presidential candidate Gilberto Teodoro’s wife, Tarlac Rep. Monica Louise "Nikki" Prieto-Teodoro, has officially withdrawn her support for the Reproductive Health (RH) Bill, claiming that it does not directly address the problem of poverty in the country, reports Manila Standard Today.

Prieto-Teodoro said that it takes more than just population control to diminish poverty and boost the economic development of the Philippines. She continued, "I don’t want to give poor Filipinos, especially children, the false hope that this bill will solve the problem of poverty because it does not."

Impoverished women and children seemed to be at the heart of her statements, stressing her point that the bill should be geared towards helping them. According to Prieto-Tedoro, the drafted RH Bill, which will go through its second reading in Congress on December 7, concentrates too much on contraception and wastes government funds on abortifacients and other ineffective reproductive-health measures. The RH Bill requires the availability of contraceptives in national hospitals and government health units, along with family planning education and the provision of reproductive health services.

"I’d rather spend our meager resources in directly feeding the poor, clothing the naked, giving shelter to the poor and educating them so they grow up productive and independent," Prieto-Teodoro stated. 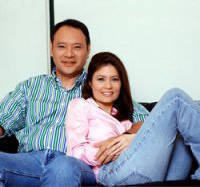 Her statement was released in time for the upcoming Catholic Bishop’s Conference of the Philippines, in which the bishops will be announcing their guidelines for Catholic voters. The Catholic Church has been very clear about its stand on the RH Bill, fervently trying to block legislation that would offer Filipinos a wide range of choices for contraception and reproductive health.

Other notable political personalities who side with the Catholic Church’s stand are Prieto-Teodoro’s husband Gilberto Teodoro and MMDA Chairman Bayani Fernando while Sen. Noynoy Aquino, former president Joseph Estrada, and Sen. Richard Gordon have expressed their support for the Bill. Other candidates like Sen. Loren Legarda and Sen. Manny Villar have opted to stay neutral on the matter.

SPOT.ph wants to know: Do you agree with Rep. Nikki Prieto-Teodoro’s stand?

You can read a copy of the controversial RH Bill 5043 here.