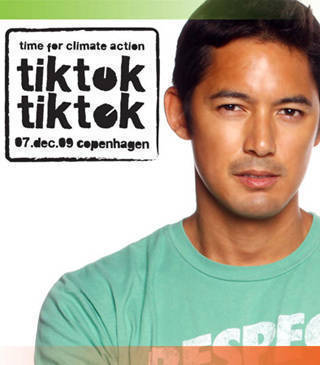 How are these 85 artists saving the Earth?

The United Nations Climate Change Conference kicks off in Copenhagen on December 7, and 85 of the Philippines' artists– musicians, actors, directors, designers, writers, chefs and more–have banded together to call on developed countries to cut their carbon emissions and help developing countries cope with the impacts of climate change.

Tik Tok Pilipinas is set to hold a 12-hour concert on December 12 called Tik Tok Rok: Rock for Climate Action to coincide with the Copenhagen conference, which is scheduled to run until December 18. The concert, which will feature 50 artists, will be from 3 p.m. to 3 a.m. at the Marikina Riverbanks Amphitheater. Expect the artists to perform Tik Tok's anthem, "No Time To Waste," penned by Noel Cabangon and recorded by 52 performers.

Check out the gallery below to see what artists are saying about climate change and what they're doing to help. 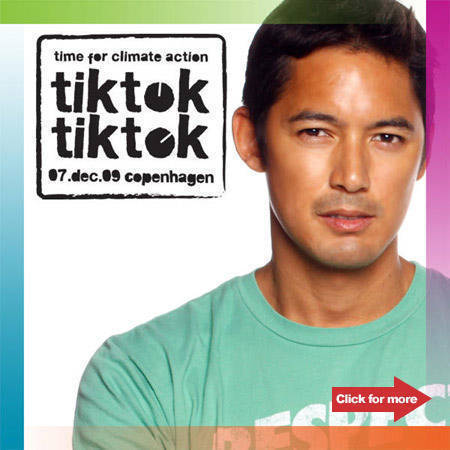 Marc Nelson says, "If rich countries can give $1 trillion to bail out banks, why can't they give $150 billion to poor countries that are losing their livelihoods because of climate change? Copy this message and add to the noise calling for rich countries to act responsibly."
ADVERTISEMENT - CONTINUE READING BELOW
Shares
Share Tweet Pin
Share this story with your friends!
Share
Pin
Tweet
Viber
Copy Link
Help us make Spot.ph better!
Take the short survey