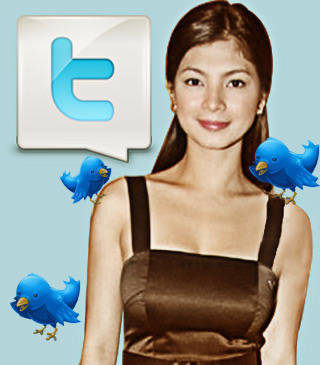 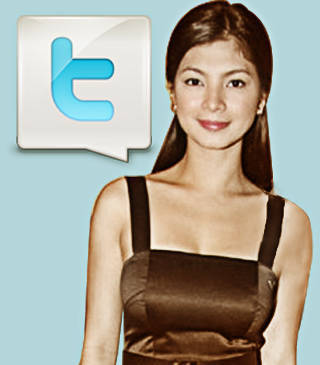 Chito Miranda, lead singer of Parokya ni Edgar, on Angel Locsin: For the record, Gel & I are just good friends! We’re buddies who enjoy hanging out with each other! So please stop bothering her about that!

Tweet exchange between blogger Divasoria and ANC Alerts. Divasoria is Grace Velasco, a "full-time banker, part-time dreamer," who writes a column for The Philippine Star:
ANC: Marlene Aguilar:My ex-lover, who used to be wanted in England, is now in jail. After that,I had an ex-lover that was a Colombian Arms dealer
Divasoria: @ANCALERTS what is this? Pep.ph?!?!? We will follow the pep Twitter account if we wanted this kind of crap!
ANC: @divasoria Thanks for your feedback. Just live tweeting the newscast. Keep following :)
Divasoria: You better shape up, yo!
ANC: @divasoria Pls wait for the new tweets, they may not appear in your feed immediately. There are COMELEC, AFP , Maguindanao massacre etc.news
Divasoria: @ANCALERTS don’t worry, I’ve seen the other tweets. Your other tweets tho are infuriating since you’re a "trusted" news source.
ANC: @divasoria Why is it "infuriating"? We’d really like to know. Those were her own words. We did not add anything to it.
Divasoria: @ANCALERTS because you consider those things news. You’re contributing to the cheapening of the pinoy psyche.
Divasoria: @ANCALERTS you are in a position to make young pinoys be well informed. And what do you do? You flood them with shit like Marlene aguilar!
ANC: @divasoria Thanks for your thoughts. We really appreciate it. :)
Divasoria: Wow, based on your messages, many of you enjoyed my take down of @ANCalerts. Ã?"

Artwork by Warren Espejo. Photo by Noel Orsal of PEP.ph.

Katy Perry 10 Twisted Tweets Divine Lee Bubbles Paraiso Angel Locsin Marlene Aguilar Chito Miranda
Your Guide to Thriving in This Strange New World
Staying
In? What to watch, what to eat, and where to shop from home
OR
Heading
Out? What you need to know to stay safe when heading out