Lourd de Veyra: Life before, during, and beyond the 10 years of FHM
Loading
Already a member? Log in
No account yet? Create Account
Spot.ph is your one-stop urban lifestyle guide to the best of Manila. 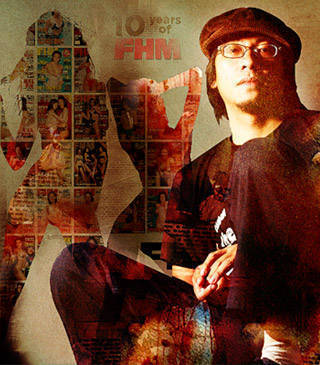 Lourd de Veyra: Life before, during, and beyond the 10 years of FHM

An excerpt of Lourd de Veyra’s essay on Pinoys and sex, for FHM Philippines’ 10th anniversary

You can credit the success of FHM to a hundred factors. You could point to the death of the skin flick, of course.

But we’re getting ahead of our story.

This article should have been all about ten years of FHM Philippines. But those ten years might easily have been about quantum leaps in our country’s attitude towards what we had once thought of as an eternally thorny issue- sex.

In a way, the success of FHM is reflective of a shift in Pinoy cultural values. You could say that it is an indicator of changing sexual mores.

But to appreciate all these, you’d have to imagine a Philippines before FHM.

There was a time when as kids, all we had as sources for boobs and butts was the National Geographic back issues. Or the Avon lingerie catalogue.

The male populace was truly content with cheap black-and-white publications with funny names like Tiktik and Jingle Extra Hot. This was the ’70s and the ’80s. These magazines had significant flesh content, modeled by oftentimes hairy starlets or whoever it was the photographer dragged out of a Quezon Avenue massage parlor at four in the morning.

But despite the rather seedy look of crudely printed ink on rapidly yellowing paper, the editors ensured that somewhere between skin and skin would be enjoyable feature articles. Those stories and columns definitely reeked of tabloid breath, but the Tagalog was arresting.

The command of the language, in fact, was more than you can say about today’s crop of reporters in tabloids, primetime news programs, and AM radio. Rumor has it that those flesh rags were staffed by prizewinning poets and novelists looking for added sources of beer budget (Nothing like alcoholism and poverty to make writers write like angels).

Read the rest of Life before, during, and beyond the 10 years of FHM at FHM.com.ph.

Fhm Lourd De Veyra
Your Guide to Thriving in This Strange New World
Staying
In? What to watch, what to eat, and where to shop from home
OR
Heading
Out? What you need to know to stay safe when heading out