Tweets of the Week: Team Kris or Team Ruffa?

Mo Twister, Lea Salonga, Pia Guanio and other personalities Tweet their take on the quickly resolved clash between Kris Aquino and Ruffa Gutierrez. 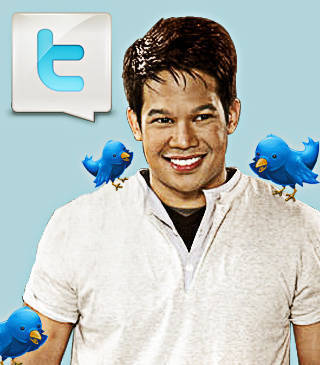 Mo Twister, TV and radio host:
- I feel bad 4 @iloveruffag,it's a professional decision that she's entitled to.For some1 who ls promoting freedom,weird to get that treatment
- @MsLeaSalonga not sure if it's the line she said today or the weekly throttling that kris gives her that made her cry but she felt terrible-
- @MsLeaSalonga it had to do with her leaving the Buzz for another offer. And I know from ruffa, that kris has a pretty crummy attitude-
- @MsLeaSalonga so I guess today she couldn't take it anymore and decided say fuck it, I ain't having it. It was awesome.

Pia Guanio, TV host: for the record Showbiz central tried to get kris' side through John lapuz who's one of her bestfriends. she ignored us.

Mich Dulce, fashion designer:
- I'm so team @iloveruffag even if i have no idea what is going on. TEAM RUFFA!
- OMG people fighting me for saying im team Ruffa w/o knowing daw other side! Its called loyalty! @iloveruffag is my friend & a great person.
- Can I remind my friends about 'deado deado deado'?! I didn't see it but Kris is smart but i think tact is not one of her strong points.

Lea Salonga, singer-actress:
- I can't really objectively comment on Ruffa & Kris. None of us can. What happens on TV doesn't always reflect reality.
- @iloveruffag Hugs from New York, dear! Now enjoy the bebes! There is much to look forward to!
- @crisdieta Oh okay. No, I'm not taking sides, but I just don't like seeing someone cry. Hence my hugs to Ruffa.

Pinky Amador, actress: personally, I would never take sides. Know and love them both and am sure it will work itself out

Tim Yap, TV host and eventologist:
- With @iloveruffag --friendship always wins. I've seen her get hurt& bounce back & forgive& never look back on past pains. She's stronger --
--than what everybody thinks.But she's human, too.So,let's give everyone the chance to be human.I pray for everybody's happiness in the end
- Although I'm sure this is front page fodder for a lot of publications--just look at the dailies later. Plus with politics in the pic--chaos.
- Expect Team RUFFA vs Team KRIS issue to dislodge presidentiables& politics as talk of the town--for a few days. Shirts, anyone?

Chokoleit, comedian: I think Ms.Kris didint mean harm its just that its out dat Ms ruffa is officially leaving after a week thus she is sentimental these days.=(

Artwork by Warren Espejo, photo by Noel Orsal of PEP.ph.