Newsweek for sale, failure to compete with online news blamed 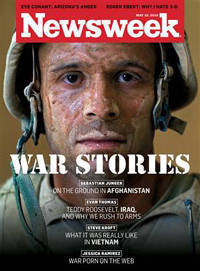 Chairman of The Washington Post Co., Donald E. Graham, said, "We have reported losses in the tens of millions for the last two years... Despite heroic efforts on the part of Newsweek's management and staff, we expect it to still lose money in 2010. We are exploring all options to fix that problem."

Since people now have access to more immediate and free online news, the US newsstand stalwart has been struggling with declining ad revenue and circulation. From a circulation of three million in the 1990s, Newsweek promises its advertisers a circulation of only 1.5 million this year, according to GMANews.tv. Its competitor, TIME, ranks first in the US with a circulation of 3.4 million in 2009.

In an attempt to compete with online breaking news, Newsweek redesigned its print and online editions last year and gave more room for columns and in-depth features instead of recounting the week's news. However, Roland DeSilva of DeSilva and Phillips, an investment bank that focuses on the media industry, said the redesign "was doomed to fail simply because there's no need – there's no reader need… It's very difficult to sustain a newsweekly when you have instantaneous news."

Graham said the magazine could be sold within a few months. "Our aim will be–if we can do it–a rapid sale to a qualified buyer. We're a public company and we have to consider the price offered. But we'll have a second and third criteria: the future of Newsweek and the future of those who work here."

He added, "If anyone should take the blame for this ending, it is me for not seeing early enough and reacting in the right way to the changes that have come to our industry."

Newsweek Newsweek For Sale
Your Guide to Thriving in This Strange New World
Staying
In? What to watch, what to eat, and where to shop from home
OR
Heading
Out? What you need to know to stay safe when heading out