The PCOS Saga: Happy Ending or May God Help Us All?
Loading
Already a member? Log in
No account yet? Create Account
Spot.ph is your one-stop urban lifestyle guide to the best of Manila. 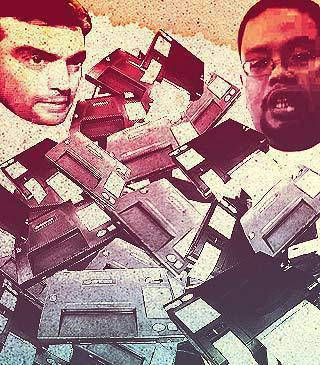 The PCOS Saga: Happy Ending or May God Help Us All?

We trace the events that had us all wondering if the controversial voting machines would deliver or conk out. Will we get a happy ending or glitches ever after?

This year, the country geared up for its first automated elections. But our preparations hit major bumps because the voting machine-the Precinct Count Optical Scan (PCOS)-encountered glitches. It didn’t help that most of the PCOS problems came up at the last minute. SPOT.ph traces the PCOS events that had us all at the edge of our seats.

DECEMBER 28, 2009. After a delay, 7,000 of the 82,000 ordered PCOS machines finally start arriving in the country. The Barbados-based Smartmatic-Total Information Management Corp. (TIM) subcontracted a firm in China to produce the machines.

JANUARY 27, 2010. All things seem to go well at the first PCOS field test at the Taguig Elementary School.

JANUARY 29, 2010. The Commission on Elections (Comelec) and Smartmatic-TIM deal with ballot rejection and inability to transmit data in their field test at the Aguho Elementary School in Pateros.

APRIL 28, 2010. Delivery of PCOS machines to Metro Manila delayed. The machines were allegedly stuck at Smartmatic-TIM’s Cabuyao, Laguna warehouse. It is not clear why the delivery was postponed.

MAY 1, 2010. It is revealed that the Comelec ordered excess PCOS machines. The more that 6,000 spare units made many concerned groups edgy. There were speculations that the said machines would be used for cheating. The Comelec refutes these allegations.

MAY 3, 2010. PCOS tests in Las Piñas, Batangas, Occidental Mindoro, Makati, and Pateros reveal that the machines can’t read the ballots right. The Comelec orders the pull-out of 76,000 compact flash (CF) cards for reconfiguration. President Gloria Macapagal-Arroyo’s election lawyer Romeo Macalintal pushes for a 15-day postponement of the elections. Macalintal later resigns when the Comelec decides that the May 10 elections will push through.

MAY 6, 2010. To ensure the public that the glitched CF cards have been fixed, the Comelec conducts a PCOS machine test on ABS-CBN’s noontime variety show Wowowee. Elsewhere in the country, voters were still worried about the photo finish delivery of CF cards.

MAY 7, 2010. Breaking news reveals that Comelec and Smartmatic-TIM failed to inform the Armed Forces of the Philippines and the Philippines National Police about the late delivery of ballots and PCOs machines in some vote-rich areas.

MAY 8, 2010. The Supreme Court junks the petition to ditch the automated polls and return to manual counting. The May 10 election pushes through. People cross their fingers even as the Comelec declares that all PCOS machines are good and ready.

MAY 10, 2010. The PCOS machine at presidentiable Noynoy Aquino’s precinct in Tarlac City glitches out. As it turns out, GMANews.TV, citing figures from Smartmatic-TIM, reports: "Three hours after the 7 a.m. opening of polls on Monday, only 11,942 of the 76,347 Precinct Count Optical Scan (PCOS) machines nationwide were installed."

MAY 10, 2010. The Comelec discloses that only 405 of the 82,000 PCOS machines malfunctioned on election day. They deem it a pretty good batting average. However, there are people who think otherwise. For the Comelec, though, it’s an ending that’s happy enough.

Elections Comelec Pcos Smartmatic-tim
Your Guide to Thriving in This Strange New World
Staying
In? What to watch, what to eat, and where to shop from home
OR
Heading
Out? What you need to know to stay safe when heading out