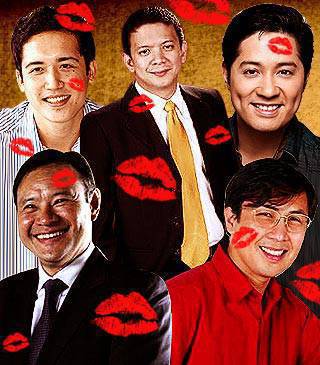 Simple brainless fun to distract you from the post-election fallout: We list 10 Pinoy politicians who are easy on the eyes.

Still punch-drunk from all the electioneering and the mudslinging? To help you recover, SPOT.ph presents a lighthearted, just-for-fun take on Pinoy politics. For this purpose, we disregard political affiliations and judge politicians based on their looks alone.   We're not rewriting history or making any statements here.   This is just pure brainless fun.   God knows, we all need a bit of that sometimes.   Thus, here are 10 of the most easy-on-the-eyes Pinoy politicians.

"Adel Tamano's dimples are worth voting for," tweets one of his admirers.

Best features: His expressive eyes and, of course, those deep dimples.   He's like Aga Muhlach with a law degree.

Power position: Though his bid for the Senate didn't turn out so well, Tamano, a lawyer, is sure to remain in the spotlight because he represents the Belo Medical Group. He is also the current president of the Pamantasan ng Lungsod ng Maynila.

"Gilberto Teodoro Jr. is what everybody wants to be: rich, good-looking, intelligent and accomplished," reads one of the profiles written about him.

Best features: His fashion sense, good skin, and distinguished air.   He's the kind of man who could sweep you off   your feet–especially if you're into helicopter rides.

Power position: He served as Secretary of National Defense and ran for president.

Civil status: Teodoro, a Gemini, will turn 46 this June. He is married to Monica Louise "Nikki" Prieto, who is currently the Congresswoman of Tarlac's first district.

"I turned into a swooning fan when I met my ultimate crush, Bongbong Marcos, at the ANC studio," wrote showbiz writer Dolly Anne Carvajal.

Best features: His chinito eyes.   Plus, he also cooks!

Power position: He served as congressman of Ilocos Norte's second district. He recently got proclaimed as senator-elect of the country.

Civil status: A Virgo with loads of boyish charm, Marcos, 52, is married to Louise Araneta-Marcos.

"He does have a way with words…a very gifted writer. Cute pa!" exclaims a young lady who's bowled over by Teddy Boy Locsin's verbal gifts.

Best features: His gift of gab and his cute face.   He reminds you of an unbearably charming but naughty little boy whom you can't bring yourself to spank.

Power position: He served as the late President Corazon Aquino's spokesperson, legal counsel, and speechwriter. He is currently the congressman of Makati's first district.

Civil status: Locsin is a Scorpio, who will turn 62 in November. He is married to Ma. Lourdes "Louie" Barcelon-Locsin, who ran for congresswoman of Makati's first district in the recent elections.   However, her bid was not successful.

"I suggest [you vote for] Erwin Genuino. [He's] cute," wrote one voter.

Best features: His café au lait complexion and his youth.   Cesar Montano better watch out if this guy starts going to the gym religiously.

Power position: He's a lawyer who ran for mayor of Makati. However, his bid wasn't successful.

Civil status: This 28-year-old Virgo is single and he's been linked to Anne Curtis and Pauleen Luna.

"Sir, ang gwapo mo pala!" gushed one of his supporters on his Facebook page.

Best features: His Eurasian features.   If he were taller, he could be a classier version of Dennis Roldan.

Civil status: A Scorpio, Mitra will turn 46 in late October. He is married to Mary Ann Francisco-Mitra.

"I don't agree with [his politics], but I find him surprisingly hot," said one forum poster.

Best features: His nicely-shaped head and his Garfield eyes. Many people say that he looks like singer Bamboo Mañalac.

Power position: He served as congressman of Sorsogon's first district. He is now a senator.

"Gosh I find him gwapo. I [love] him only because of that," stated a forum poster who started a discussion thread on him.

Best features: His harmless tisoy schoolboy vibe. His outdated hairstyle and fashion sense also make you itch to give him a makeover.

Power position: He's an very conservative Olongapo city councilor who was brave enough to join the recent presidential race. Along the way, he supported a colleague who sued Robin Padilla and a condom company. His presidential bid was not successful.

Civil status: This 40-year-old Aquarian is married to half-Brazilian beauty Dunia de los Reyes. Like Kris Aquino, he was born on Valentine's Day. 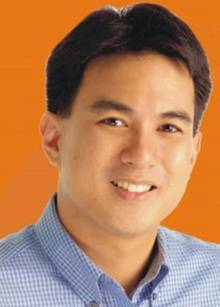 Best features: His face could launch a thousand campaign sorties.   Then again, would you be able to listen to him explain how he's going to save the nation when you're too busy staring at him?

Power position: He is the congressman of Laguna's second district.   He sought to be reelected in the recent elections and won. 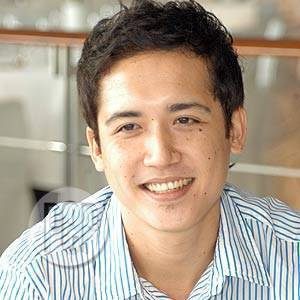 Best features: His lean, lanky frame and his bone structure.   His uncle Vic Sotto better be ready to get dethroned as the most charming Sotto man.

Power position: Being the son of showbiz couple Tito Sotto and Helen Gamboa, he has dabbled in acting. He recently won as councilor of Quezon City's third district.