Meet SOFIA: The Society of Filipino Archivists for Film

Because of SOFIA, our SPOT.ph blogger says we are able to see old, rare and overlooked films. 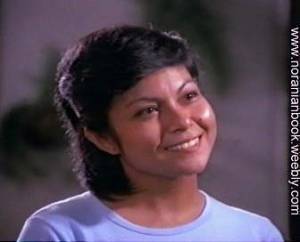 The unparalleled Super Star of Philippine showbiz, Nora Aunor, had a Super Fan named Armando Diaz Jr. Completely devoted and utterly obsessed, Mandy Diaz wrote an essay entitled Himala which opens with a killer line: "Inilagay ko sa aquarium ang sapatos ni Ate Guy." Mr. Diaz details the depth of his fascination for everything Nora, which includes an extensive archive of memorabilia.With painstaking delight, he kept track of her career (starting in 1967, when she was a bit player in All Over the World from Sampaguita Pictures) until he passed away in 2008. Thanks to the efforts of Mr. Diaz, there exists a treasure trove of everything Nora Aunor that many others have used for not only for entertainment and research but inspiration.

See how one fan’s personal collection became a rich source of material. Armando Diaz Jr. is an excellent example of why collecting, archiving, and preserving is so important: it links us to the past and provides insight into our culture. Perhaps more importantly, an archive is a source of information that will allow us to re-imagine our nation. A group of similarly devoted and obsessed individuals, the Society of Filipino Archivists for Film (SOFIA), knows just how essential it is to have an archive for Filipino film. Their main goal is to establish a national audio-visual archive which will serve as a repository for the audio-visual heritage of the Philippines. In a country where permanence and preservation are not high on the list of values, this remains a difficult-but not impossible-battle.

But they are definitely making an effort. Established in 1993 by film historian, researcher, and critic Agustin "Hammy" Sotto, the Society of Film Archivists (their original name) wanted to save films that were deteriorating in unknown bodegas, basements, and basketball courts. (The pivotal moment came in 1994, when LVN Studios cleaned out their storage space. LVN Management called various producers to claim their films but few came. Cans of film were left - abandoned, like orphans - in the middle of the LVN compound’s open basketball court, exposed to the elements. Mr. Sotto and his group loaded the films onto a truck and with the help of the Philippine Information Agency’s technical staff and managed to save 25 titles.) 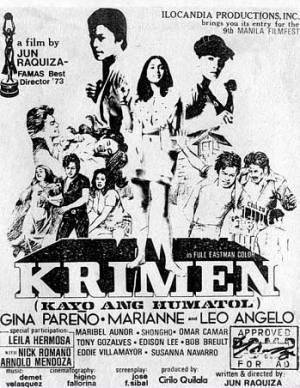 After reorganizing in 2007, SOFIA is alive and kicking, and hard at work for the restoration, preservation, and proper storage of Filipino films - many of the early ones that were lost or inaccessible. It is headed by the current president Clodualdo del Mundo Jr. (educator and screenwriter of many iconic films like Maynila...sa Kuko ng Liwanag, Kisapmata, Batch ’81, and Markova among others) and committed individuals like Vicky Belarmino (of the CCP’s film department), Mary del Pilar (head of the ABS CBN Film Archives, which is the only state-of-the-art archive in the Philippines), and film researcher Teddy Co, among others. Ramon Nocon, SOFIA’s information and communications officer, says that the Society also aims to expand its membership base and encourage new ideas and projects centered on the preservation of our film heritage. "There’s restoration, maintenance, storage, cleaning, transferring to other formats," he says. "We also do workshops and seminars on film archiving, as well as screenings of rare films," Ramon adds. SOFIA’s latest series is called "Overlooked Films, Underrated Filmmakers". "These are films that are beyond the usual ones we know, films that deserve attention," is how Ramon describes them. Jun Raquiza’s Krimen: Kayo ang Humatol (1974) is the first film in this series. (Ramon says Ms. Gina Pareño will be there as special guest. She’s so fierce!) 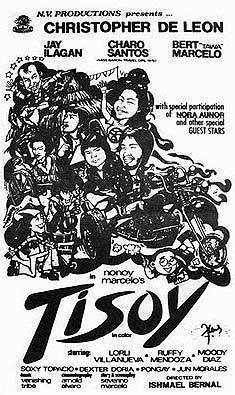 Last July, SOFIA sponsored a screening of Tisoy! and I cannot recall a more enjoyable film viewing experience. Based on a comic strip by Nonoy Marcelo and directed by Ishmael Bernal, the 1977 film stars Christopher de Leon in the title role, with Charo Santos, Bert "Tawa" Marcelo, Lorli Villanueva, and Soxie Topacio. The venue (Carlos Celdrans apartment-slash-art space in Malate) was filled with enthusiastic folks who watched the film, passed around peanuts, drank beer, laughed at the witty dialogue, and marveled at Manila in the late 70s. It was an interested and appreciative audience that night - if only this audience could reach critical mass and truly revitalize Philippine cinema.


***
The "Overlooked Films, Underrated Filmmakers" series from SOFIA will screen at the Tanghalang Manuel Conde (Dream Theater) of the Cultural Center of the Philippines, 2 -5 .pm. The screenings are free!