Liezl Sicangco asks, if Robin and Mariel took care of Ali like they claim, why does he now have so much head lice?
Loading
Already a member? Log in
No account yet? Create Account
Spot.ph is your one-stop urban lifestyle guide to the best of Manila.

Liezl Sicangco asks, if Robin and Mariel took care of Ali like they claim, why does he now have so much head lice? 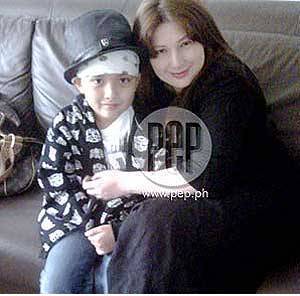 According to PEP.ph, Sicangco, mother of Padilla’s four children (Queenie, 18; Kylie, 16; Zhen-Zhen, 14; and Ali, 10) discovered that her son Ali had head lice when the child arrived in Australia on September 20. Sicangco complained last August that Padilla lacked time for their children because of his then rumored girlfriend, Rodriguez.

Entertainment Live and Pilipinas Win na Win! host Rodriguez sent PEP.ph the contact number of Nini Hidalgo, who, Rodriguez said, is "in charge of Ali’s personal hygiene." Hidalgo told PEP.ph that in the five months that she took care of Ali, it was only this September when she discovered that Ali had head lice. According to Hidalgo, Ali jogs daily at the Quezon City Memorial Circle (QCMC) and sometimes plays in their house with street children. Hidalgo added that the ten-year-old son of Padilla and Sicangco takes a bath thrice a day.

Robin Padilla Marielrodriguez Liezlsicangco
Your Guide to Thriving in This Strange New World
Staying
In? What to watch, what to eat, and where to shop from home
OR
Heading
Out? What you need to know to stay safe when heading out