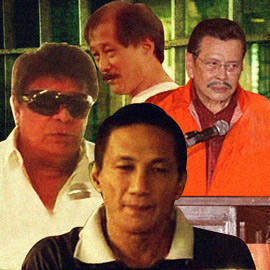 10 Most Controversial Acquittals, Dismissals and Pardons

Remember Romeo Jalosjos, Rolito Go, and Claudio Teehankee, Jr.? And how can we forget-Erap? 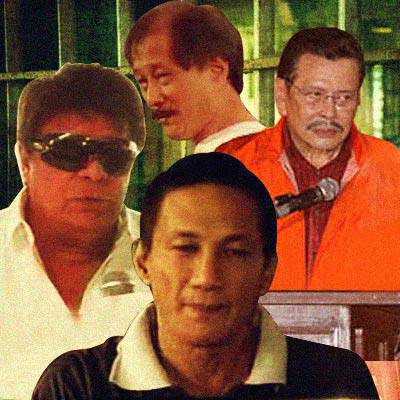 On the heels of the news about Hubert Webb’s acquittal and Hayden Kho’s legal triumph over the "sex tape" case, SPOT.ph takes a look back at the country’s most controversial cases that ended with the accused walking (somewhat) free.

The charge: A decade ago, the Parañaque Regional Trial Court found Hubert Webb and five others guilty of killing Estrellita Vizconde and her daughters Carmela and Jennifer in their own home in 1991. Webb, son of former Sen. Freddie Webb, was also accused of raping Carmela before she was stabbed to death. He and five others were sentenced to life imprisonment.

The acquittal: Almost 20 years after the gruesome massacre, the Supreme Court acquitted Webb and the five other accused on December 14 "for failure of the prosecution to prove their guilt beyond reasonable doubt." The 7-4-4 (four justices abstained) decision was met with both outrage and calls to respect the high court’s ruling.

The Supreme Court based their decision on the quality as a witness of Jessica Alfaro and her "inconsistent, if not inherently unbelievable" testimony of what supposedly happened on the night of the massacre. Referring to Alfaro, the Supreme Court said in its 38-page decision, "Will the court send the accused to spend the rest of their lives in prison on the testimony of an NBI (National Bureau of Investigation) asset who proposed to her handlers that she take the role of the witness to the Vizconde massacre that she could not produce?"

The charge: A scandalous collection of sex tapes featuring Hayden Kho Jr. and several women (one at a time) were made public last year, dominating news headlines, pirated DVD bins and even the Senate floor. Sexy actress Katrina Halili, one of the women in the videos, charged Kho with violating R.A. 9262 or the Anti-Violence Against Women and their Children Act of 2004. She claimed she did not consent to Kho recording their "libidinous activities"-as a lower court put it-and uploading it on the Internet.

The dismissal: On December 14, 2010, the Pasig Regional Trial Court Branch 159 dismissed the criminal and civil cases Halili filed due to "insufficiency of evidence." The court’s decision reads: "The video camera was visible to both (Kho and Halili)." The court also said that recording a sex video without the partner’s consent is "not yet a violation" of R.A. 9262. It becomes a crime only when it "causes substantial emotional or psychological distress to the woman," the court said. NBI psychologist Romel Tuazon Papa said it was the uploading of the video, not the recording, that distressed Halili.

Kho said he "no longer has the energy" to go after the still unknown person or people who made the sex tapes public. Instead, he is intent on getting his medical license back, which he lost after the Board of Medicine of the Professional Regulation Commission found him guilty of "committing immorality as well as dishonorable and unethical conduct."

The charge: In 2005, a Filipina identified only as "Nicole" filed a case against U.S. military serviceman Daniel Smith and other men, claiming Smith raped her in the back of a van in Subic while the others egged him on. About a year later, the American marine was convicted guilty and sentenced to life imprisonment. In March 2009, though, "Nicole" recanted her previous testimony in a sworn statement: "I can’t help but entertain doubts on whether the sequence of events... really occurred the way the court found them to have happened."

The acquittal: About a month after Nicole’s sworn statement was released, the Court of Appeals (CA) acquitted Smith. "What we see was the unfolding of a spontaneous, unplanned romantic episode with both parties carried away by their passions and stirred up by the urgency of the moment caused probably by alcoholic drinks they took, only to be rudely interrupted when the van suddenly stopped to pick up some passengers."

The CA added, "No evidence was introduced to show force, threat and intimidation applied by the accused upon Nicole even as prosecution vainly tried to highlight her supposed intoxication and alleged unconsciousness at the time of the sexual act." The court said they did not consider Nicole’s recantation in their decision to acquit Smith.

The charge: In 1997, the Makati Regional Trial Court Branch 62 found former Zamboanga del Norte Rep. Romeo Jalosjos guilty of raping an 11-year-old girl. He was imprisoned on two counts of statutory rape and six counts of acts of lasciviousness. Later on, he appealed his case but the Supreme Court did not reverse the lower court’s ruling.

The release: Despite his two life terms, Jalosjos was freed from the New Bilibid Prison last year as Malacañang, acting on the recommendation of the Department of Justice, reduced his sentence to 16 years. His time in prison was further slashed because of good behavior. During his stay at the NBP, he put up a tennis court, gymnasium and bakery, among others. Jalosjos ended up spending about five years at the Makati City Jail and almost seven years at the New Bilibid Prison.

A senior official at NBP, however, told Inquirer.net, "His release was nothing new. He had been freed a long time ago... The NBP obviously afforded Jalosjos special treatment. He has violated so many rules of the NBP. His good conduct time allowance should have been canceled."

The charge: Former President Joseph Estrada was ousted by the EDSA II movement in 2001 and convicted guilty of plunder in 2007. He was sentenced to life imprisonment.

The pardon: Just six weeks after the Sandiganbayan found Estrada guilty of plunder, former President Gloria Macapagal-Arroyo pardoned her predecessor. In an order, Arroyo said that Estrada had already been detained for six years, that he was already 70 years old, and that he has "publicly committed to no longer seek any elective position or office." However, critics said, according to Inquirer.net, that the pardon was a political move for Arroyo to get the opposition on her side and draw attention away from corruption charges against her administration.

Despite Estrada saying that his 30 years in politics was "already enough," he ran for President in the May 2010 elections. His running mate Jejomar Binay won the vice presidency but Estrada lost to Noynoy Aquino.

The charge: Larrañaga, scion of the Osmeña clan which includes the late President Sergio Osmeña Sr., was among seven men found guilty of kidnapping rape-murder victims and sisters Jacqueline and Marijoy Chiong in 1997 in Cebu City. In 1999, Cebu Regional Trial Court sentenced them to two life terms each. Five years later, the Supreme Court sentenced the convicted kidnappers-except James Anthony Uy who was a minor in 1997-to death. Plus, "the high court said the seven were guilty of kidnapping and serious illegal detention with homicide and rape." In 2006 though, then President Gloria Macapagal-Arroyo ordered all death sentences be life terms.

The deportation: The following year, the Philippines and Spain signed a treaty allowing the transfer of prisoners between the two countries. Larrañaga, the principal suspect, cited his Filipino and Spanish dual citizenship in his request to be deported to Spain. The Chiong sisters’ mother Thelma told Bulatlat, "Why is this happening? Until when would they make me suffer? I (went to my daughters’ graves and told them) that I did what I could to give them justice, and we did get the justice that we were looking for, but why should the government take this justice away from us?"

The charge: Teehankee, Jr. was sentenced to life imprisonment and two shorter terms for shooting to death Maureen Hultman, only 16 at the time, and her companion Roland John Chapman in 1991. He was also convicted of the frustrated murder of Hultman’s companion, Jussi Olavi Leino, who later testified against him. According to court records, Teehankee shot the three victims in cold blood near the Hultman residence in Dasmariñas Village, Makati. He is the son of the late Supreme Court Chief Justice Claudio Teehankee.

The pardon: Then President Gloria Macapagal-Arroyo pardoned Teehankee in 2008. He was released from the New Bilibid Prison "in the dead of the night" in October that year. He supposedly earned his freedom by exhibiting good behavior in prison.

The charge: Rolito Go was found guilty of shooting La Salle student Eldon Maguan, 25, after they nearly slammed into each other’s cars in San Juan in 1991. The businessman ran afterwards but surrendered himself later on. He escaped from the Rizal Provincial Jail in 1993, a few days before the verdict on his case was issued. Thus, he was sentenced a life imprisonment "in abstentia." He was caught three years later.

The (sor- of) release: In 2009, Go experienced limited freedom after being declared a "live-out inmate." He is now petitioning for executive clemency. 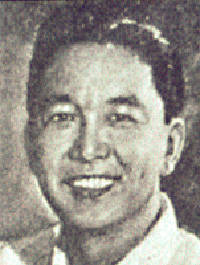 The charge: The late former President was charged with conspiring to murder Julio Nalundasan-his father’s political rival-in Ilocos Norte in 1938, three years after the latter’s death. Marcos was one of those tried and found guilty in 1939.

The acquittal: The next year, the Supreme Court acquitted Marcos after he argued his own appeal case. The high court found the testimony of star witness Calixto Aguinaldo "inherently improbable and full of contradictions in important details." Thus, the court "(declined) to give him any credit." Justice Jose P. Laurel, who later became President, wrote the court’s decision.

The charge: The widow of the late President Ferdinand Marcos has had hundreds of cases filed against her. For instance, over 17 years ago, she was charged with 32 counts of dollar salting or depositing huge amounts of dollars abroad without the authorization of Bangko Sentral.

The acquittal: More than 15 years after the case was filed, the Manila Regional Trial Court acquitted her on "grounds of reasonable doubt" in 2008. "The Court cannot in all conscience convict the accused on the basis of mere hearsay and on the basis of documents which were not authenticated and proved the proper manner."

In 2007, Marcos was also cleared of tax evasion charges, filed by the Bureau of Internal Revenue, due to lack of evidence. The year before, Sandiganbayan acquitted her in a graft case. It took more than a decade for each of the three cases mentioned to be resolved.