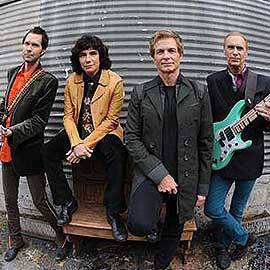 Grammy-nominated ’90s band Mr. Big live in Manila on May 10

After 17 years, Mr. Big is back in Manila for a one-night-only gig. 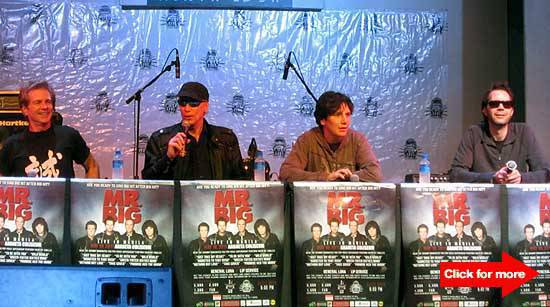 Mr. Big is back in Manila for a one-night gig at the Araneta Coliseum. Click for more.

Music fans who grew up in the ’90s are familiar with the Grammy-nominated group Mr. Big, the Los Angeles-based band popular for hits like, "To Be With You," "Wide World," "Just Take My Heart," and "Green-Tinted Sixties Mind." First formed in 1988, Mr. Big’s pop rock songs provided a stark contrast to the angsty tunes the ’90s were known for.

Mr. Big performing "To Be With You"

Eric Martin (vocals), Paul Gilbert (guitar), Billy Sheehan (bass), and Pat Torpey (drums) reunited in 2009 and recorded "What If," their first album in ten years, and was released in January 2011. The group, noted for their technical skills, recently held concerts in Taiwan and Japan where they raised over $100,000 of donation money for the Japan earthquake and tsumami relief operations.  They are back in Manila after 17 years for a one-night gig and are set to play for both nostalgic fans and new followers. The band chatted with the media and lucky fans before their May 10 concert at the Araneta Coliseum:

Billy Sheehan: We did it very much like first  albums. We’d go into a room, record the songs as a band. We feel that "What If" is very true of our music and the beginnings of Mr. Big.

What was the story behind choosing Cat Stevens’ "Wild World" as part of your previous album?

Eric Martin: The real story? When we recorded the album ["Bump Ahead"] we felt that we had a pretty good songs, but we needed to come up with new ideas. Paul [Gilbert] had a song that sounded like "Wild World," so we said, "Okay, let’s play that one." We hear that in Manila, it was a pretty popular song.

Billy Sheehan: One of the secrets, for us, is that we have a pretty good relationship with our bandmates. And the reason why we’re here in Manila is that great fans worked very hard to bring us here. So one of the secrets to being together for a long time is incredible fans all over the world...fans keep us alive for many, many years.

Watch Mr. Big perform live at the Araneta Coliseum on May 10. Gates open at 6 p.m.

Photos by SPOT.ph (presscon) and from the Facebook page of Mr. Big

Mr. Big Music Rock Concertsinmanila
Your Guide to Thriving in This Strange New World
Staying
In? What to watch, what to eat, and where to shop from home
OR
Heading
Out? What you need to know to stay safe when heading out