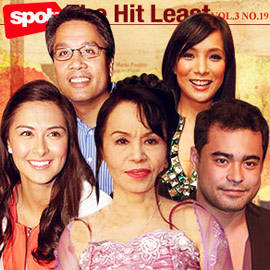 Plus, Mar Roxas gets special mention from P-Noy, The Bieb snubs an autograph-seeker at NAIA + more lowlights. 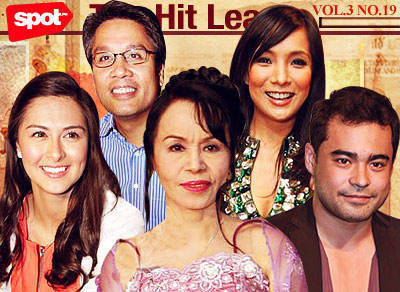 1. MTRCB AND LTFRB BAN BUSES FROM SHOWING VIOLENT OR SEXUALLY EXPLICIT FILMS. They conveniently forgot that those buses are using pirated DVDs for their in-transit entertainment.

2. JUSTIN BIEBER ALLEGEDLY RUDE TO FILIPINO AUTOGRAPH-SEEKER. Justin Bieber will be happy to know that his fans excuse him for this incident. (But they’ll leave him if he dares cut his hair again.)

3. PING AND JINGGOY SHAKE HANDS AT THE SENATE. They’ve been friends since they ran into each other at the Justin Bieber concert.

4. SANDIGANBAYAN APPROVES EX-AFP COMPTROLLER CARLOS GARCIA’S PLEA BARGAIN. Next thing we know, they’ll be letting the Ampatuans get off easy.

5. IMPOVERISHED WOMAN WITH 10 KIDS WISHES SHE KNEW ABOUT FAMILY PLANNING. Her husband is in jail, so maybe she can ask anti-RH bill advocates to help her out?

6. MAR ROXAS GETS SPECIAL MENTION FROM P-NOY DURING THE LIBERAL PARTY’S FELLOWSHIP NIGHT. If there were a female version of Mar Roxas, the president would marry her.

8. PIA GUANIO ENGAGED TO HER NON-SHOWBIZ BOYFRIEND. Enteng Kabisote is a tough act to follow.

9. A HARDWARE STORE EMPLOYEE ACCUSES ACTOR SID LUCERO OF THREATENING HIM WITH A SCREW DRIVER. Planning to dethrone our boy Baron Geisler, Sid?

10. MARIAN RIVERA IS NAMED AS "THE NEW FACE OF RED CROSS." She’s a far cry from Rosa Rosal.

Hitleast Mommydionisia Pia Guanio Justinbieber Sidlucero Marroxas
Your Guide to Thriving in This Strange New World
Staying
In? What to watch, what to eat, and where to shop from home
OR
Heading
Out? What you need to know to stay safe when heading out