Kris Aquino upset over Junjun Binay's confirmation that they're dating, has decided to avoid him; Binay apologizes
Loading
Already a member? Log in
No account yet? Create Account
Spot.ph is your one-stop urban lifestyle guide to the best of Manila.

In a Philippine Star column yesterday titled "To wed or not to wed: Hayden & Vicki, Junjun & Kris," the author, Millet Mananquil, said she saw the Makati mayor during the wedding anniversary celebration of Senator Miriam Defensor-Santiago and former Interior and Local Government undersecretary Narciso Santiago and asked him to confirm rumors that he and Aquino dated. Binay allegedly answered: "Yes, we are good friends. We saw the Justin Bieber concert together, and by gosh, when you’re with Kris, everybody wants to have a picture with her."

Aquino turned to Twitter to respond to Binay’s statement. "In the 14 months since my separation, I haven’t dated anybody. I thought Jun & I were friends but after what I read I’ve come to the conclusion that a gentleman doesn’t really say stuff like that especially when it can be read as ’patama’ to his friend," tweeted Aquino on July 18. She also added that she and ex-husband James Yap have learned much after their breakup. "We are actually communicating as adult parents of our love, bimby. Just last week I asked for his approval about a new endorsement Boy is negotiating, because we are co-parents & should be respectful to each other."

Binay released an apologetic statement yesterday clarifying that his words were spoken in jest. He also said that he had no immediate plans of marrying because his wife had just passed away and that he needs to focus on his kids and his job as mayor. Aquino, however, said over Twitter: "In conclusion, nag sorry si Jun last night but I guess it’s truly best for us to just avoid each other so no more talk about us," she said. As of posting time, Aquino’s tweets have been deleted.

For more on this story, log on to ABS-CBN News and PEP.ph. 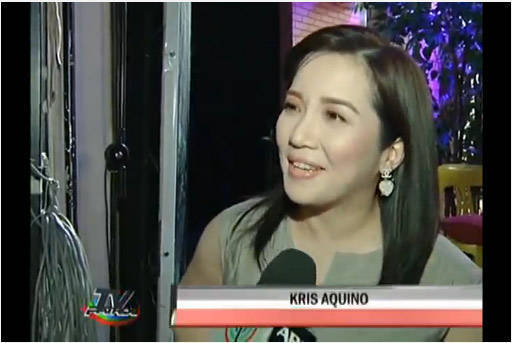