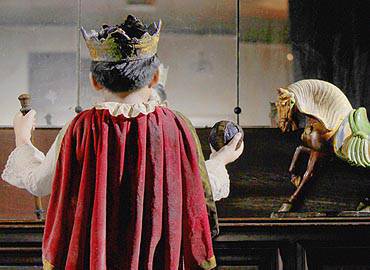 Director Loy Arcenas’ debut film is the antithesis of all the poverty-driven content that is already the stuff of satire, says our SPOT.ph blogger. 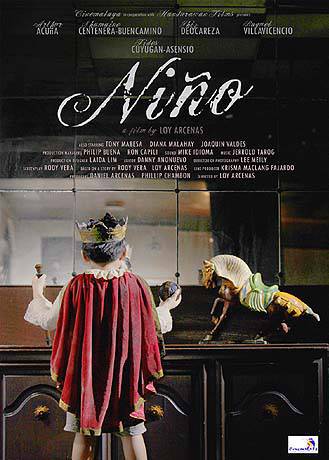 (SPOT.ph) The best hideout in Manila is definitely the CCP library. It's small enough not to seem overwhelming in a Dewey Decimal System kind of way but it's packed with really interesting things like Lino Brocka's papers and old recordings of past performances neatly documented on cassette. Once I was there on a research trip about Imelda and found myself talking to the head librarian, who once worked for IRM's press office in the late 1960s and early 1970s. She who painstakingly filed away each photo of Madame that appeared in the press told me they had albums filled with clippings. Those were, after all, rosy years for Mrs. Marcos. The head librarian was kind enough to show me some old file photos of at the inaugural of the Cultural Center. The lighting is nice and the carpets are fresh. Everyone is elegantly dressed and smiling and everything was so maddeningly glamorous.

I suppose the past is always begging to be romanticized. That's precisely why I like the CCP library: it is kind of stuck in the past. This is also why I like looking at old houses when I'm on the road. There are secrets waiting to be discovered in old houses and heartbreak seeping through the crumbling walls.

Watch the trailer of Niño

This is why I was infinitely glad to see a film set in an old house in Sampaloc where the buena famila Lopez-Arandas cling to the past to survive the present. Niño, the debut film of awarded stage designer and director Loy Arcenas, captures perfectly the tender and co-dependent relationship of an aging opera star and her ailing gentleman brother, the bitterness that runs along the love between mother and child, and the dysfunction and affection within a family.  It's a beautifully-rendered portrait of a family from the emotionally stuffy and ultimately tragic Filipino upper class, members of the old school oligarchy whose glory days are long gone. 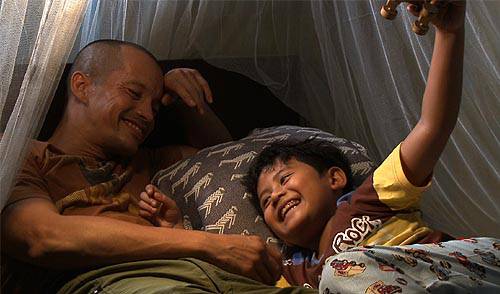 Celia and Gaspar are in the twilight of their years, she sings as she tends to him in his sickbed. Music is the last link to the past.  The younger generation of Lopez-Arandas are classic fuckups: Celia has a dutiful closet lesbian daughter, Cedes (Shamaine Centenera Buencamino) and Mombic (Art Acuña), a good-for-nothing son. When Gaspar's condition deteriorates, his absentee daughter Raquel (Raquel Villavicencio) comes back from decades of living in the US with her withdrawn son-from-the-third-husband Reinhardt (Joaquin Valdes). Only Mombic's young son Anthony (Jhizhelei Deocareza) is spared from the dysfunctional family dynamics. Protected by his innocence and loved by his crazy family, Anthony runs around the old house, spending time with the help, playing with sticks and leaves in the back garden dressed in a cape and a crown like the Santo Niño. There are skeletons rattling in the closets of the Lopez-Arandas but only behind closed doors, muffled by the operatic arias and heavy furniture in the big house.

This well-crafted and admirable first film from Loy Arcenas is the antithesis of all the poverty-driven content that is already the stuff of satire-also those tacky melodramas coming from the mainstream.

As I sat in the audience during Niño's gala night, there was a frisson of glamour in the main theater. The lights went down, the film began, and I was only too willing to get lost in a world of eternal hope and faded glory. Bravo.

Nino Cinemalaya Cinemalaya2011
Your Guide to Thriving in This Strange New World
Staying
In? What to watch, what to eat, and where to shop from home
OR
Heading
Out? What you need to know to stay safe when heading out