"'Wow Philippines' campaign was not too effective," says deputy presidential spokesperson Abigail Valte, dismisses copycat alleg
Loading
Already a member? Log in
No account yet? Create Account
Spot.ph is your one-stop urban lifestyle guide to the best of Manila.

Amid allegations that the new Department of Tourism (DOT) slogan ("It’s more fun in the Philippines") was copied from a 1951 Swiss National Tourist Office campaign tagline ("It’s more fun in Switzerland"), Malacañang is showing full support for what is touted to be a "revitalized" Philippine tourism campaign. 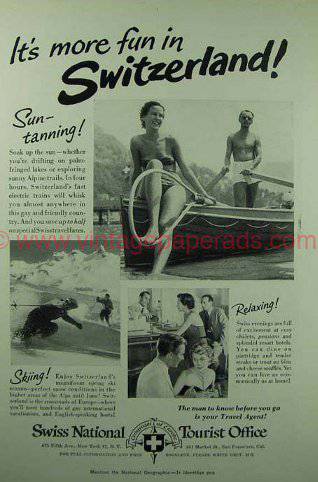 Amid allegations that the new Department of Tourism (DOT) slogan ("It’s more fun in the Philippines") was copied from a 1951 Swiss National Tourist Office campaign tagline ("It’s more fun in Switzerland"), Malacañang is showing full support for what is touted to be a "revitalized" Philippine tourism campaign.

Then again, as pundits observed, the staunch support may come at the expense of a DOT tagline that was quite popular a few years back.

GMA News Online reports that in a dzRB interview deputy presidential spokesperson Abigail Valte, pointed out that many Pinoys were "getting on board" with the DOT’s new slogan. According to the report, Valte pointed out that "the reaction of Filipinos-at least those online-indicate the slogan is ’widely accepted by our people.’"


The report noted that Valte went on to compare the new slogan with the tagline used during the time of former DOT secretary and senator Richard Gordon. She said that the Gordon-backed slogan, "Wow Philippines" was "not too effective in some countries."

Valte said that "Wow Philippines" certainly "did not make sense to Germans" because they pronounced "W" as "P." Then, she added, in Japan, there was "no direct translation of ’Wow.’" She likewise claimed, "In the US, our biggest tourist market hindi rin ganoon kalaki ang impact (the impact was not that significant)."