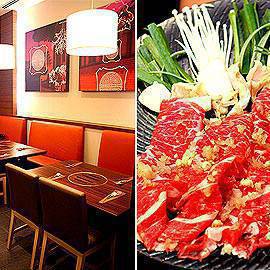 CHECK IT OUT: Sariwon at Bonifacio High Street Central 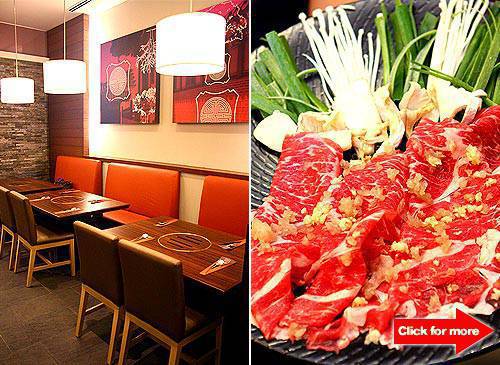 In the mood for some barbecue? Click for more.

(SPOT.ph) With its modern interiors and sleek menu, you wouldn't think that Sariwon is part of a small, family-owned chain of restaurants from South Korea. But try the food, and you'll know that these dishes can only be the kind developed through years of hands-on cooking. The founder of the chain, after all, is the present owner's grandmother.

"We felt that it was a good time to bring a traditional Korean restaurant to the Philippines," says Donna Tan, who owns the Manila franchise. "And we loved Sariwon when we tried it in Seoul, so we were very happy that they let us bring it to the Philippines."

The very first Manila branch is just starting to get settled at Bonifacio High Street Central, having opened only last week, but they've definitely already mastered the chain's traditional methods for cooking well-known South Korean fare. The Sariwon Bulgogi (P545), for example, is expertly cooked at the table using a dome griddle, resulting in flavorful slivers of beef that don't really need to be dipped in the sauce provided. The Dolsot-Bibimbap (P380), served hot in a stone pot, complements the beef well with its almost-nutty tasting rice, vegetable, and egg combo, as does the Japchae (P350) where the vermicelli noodles allow fresh mushrooms, green onions, and carrots to take center stage. But the standout dish has to be the Seng Galbi (P780)-barbecued beef short ribs so tender that they practically melt in your mouth. Cliché as it sounds, there's really no other way to describe it.

To top things off, there's the Sikhye (P60), a traditional brewed malt and rice drink that is believed to aid in digestion. It's served cold, with distinct flavors from dried fruit and pine nuts that help to put a sweet, satisfying ending to a hearty meal.