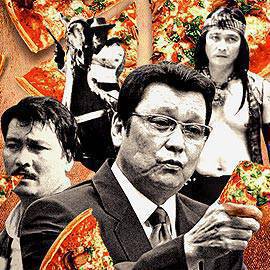 Pop Blast from the Past: Lito Lapid as Leon Guerrero

We remember Lito Lapid’s heyday as the gunslinging Leon Guerrero 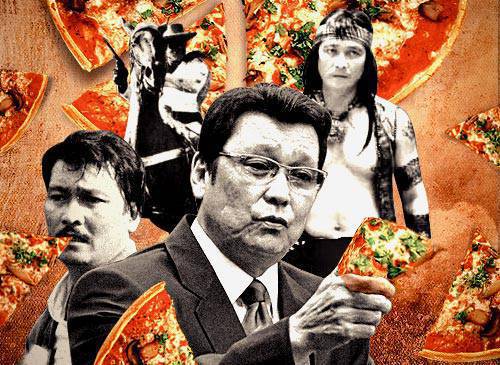 (SPOT.ph) The impeachment trial took 44 Senate sessions-but not once did former Chief Justice Renato Corona star in his own legal smackdown. For a time, the spotlight belonged to Sen. Miriam Defensor-Santiago, then the prosecution team, then courtroom cutie Karen Jimeno. Just when the spotlight was rightfully turning towards the ousted judge, there was Lito Lapid, veering it to his direction in a way only an actor can.

On "Judgement Day," May 29, while explaining his vote, Lapid gave a show of sincerity so utterly convincing-even for an actor- that it could only be real. And believe us when we say we were convinced (in fact, we're making our Lapid for President banners as we speak). His latest role as representative of the masses reminded us of his other defender-of-the-helpless-albeit in a swashbuckling getup-portrayals. Though slightly one-dimensional in his roles (his ass-kicking always intervened whenever he had to show real emotion), Lapid, as the action super star of the ’70s, played everything from cowboys to indians to chopsticks-wielding martial artist to all-around barako, but always heroic.

Lito Lapid as Lapu-Lapu, the first defender of Filipinos.

As Leon Guerrero in the 1998 hit cowboy flick Ang Alamat ni Leon Guerrero, Lapid played the crime-fighting gunslinger, Lone Ranger style, much like how he is today, but in a classy suit and with legislation instead of firearms. Over a decade later, and perhaps on the brink of retirement from show business, he proved he was a true Filipino hero by playing the country’s first patriot, Lapu Lapu. His other iconic roles include Julio Valiente, Colonel Rodolfo Aguinaldo, Jess Lapid (where he played his own uncle), and Geronimo. "Picha pie," anyone?

Lito Lapid Popblastfromthepast
Your Guide to Thriving in This Strange New World
Staying
In? What to watch, what to eat, and where to shop from home
OR
Heading
Out? What you need to know to stay safe when heading out