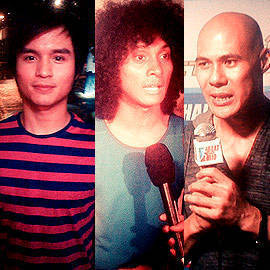 Running Against a Plane 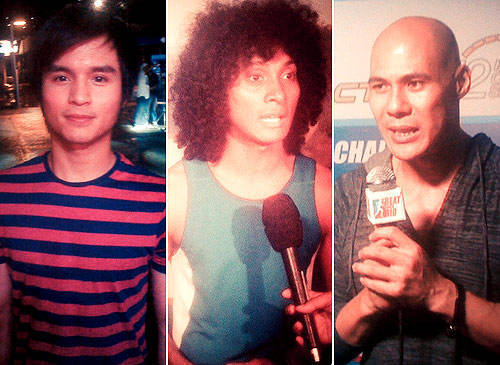 How do you beat a guy who can run against a plane? Thousands witnessed the viral video of Coach Rio and his signature afro outpace an aircraft,  and last June 5, 2012, thousands added#BeatCoachRio to their tweets as they flocked to the Back of Terra 28th Park in Bonifacio Global City. The challenge on everyone's minds was beating Coach Rio's record of 2.3 seconds for a 20-meter dash.

At the countdown of 3, 2, 1 -- runners were cued beside a LED billboard projection of Coach Rio. Once they reached 20 meters, their time was recorded. Only the best of the best times were recorded, and those who made the cut got their chance to challenge Coach Rio (in the flesh this time) in another 20-meter dash! Sounds exhausting? Dude, you have no idea.

With all that running and sweating, it's amazing that Coach Rio still manages to look so cool. Whether you plan on achieving your running goals or maybe growing an afro in the next few weeks, it's important to keep yourself fresh and cool. Who wants to run feeling gross? Even Coach Rio says bad hygiene distracts you from the open road when running, and Safeguard Active with 12-Hour Odor Protection keeps you feeling fresh and free as you run that road. Now you can focus on beating your personal best without worrying about anything else! Maybe you can even #BeatCoachRio at his own game one day.

Is the running icon worried that someone might just beat him? Coach Rio says no. He's actually thrilled that for the first time in the Philippines, running has become a lifestyle. With the proper amount of discipline and pacing, it's something everyone can enjoy. He hopes that with this project, more people will get inspired and motivated to join the running phenomenon sweeping the country. It's a great way to keep fit, and with Safeguard Active Bar and Body Wash, there's no distraction keeping you from exceeding your athletic limitations and having fun!

So, just how do you beat the guy faster than a plane? With the right drive, discipline and good hygiene, it seems like nothing's impossible. Safeguard Active is giving you twelve hours of odor protection. So go out and get running!