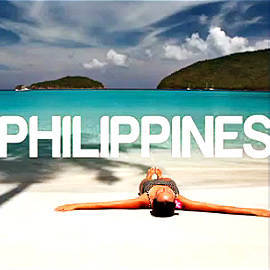 Snazzy editing and a sense of humor (or shall we say, humor-humor) make this vid a winner.

UPDATE (21 July, 9:00am): Via a message on Facebook, the Department of Tourism has asked Spot.ph to take down this article.

"We would like to request you to delete the blog - Video:"It’s More Fun Goes Viral, recently uploaded in your Spot.ph website. This is not an official DOT 2012 Teaser. DOT is complying with legal government procedures prior to official distribution. We request likewise for your office to discourage your colleagues and blog linkages from sharing it to any other social network or any other websites. Rest assured that we will provide you a copy of the official and final video of the DOT's Its More Fun in the Philippines once its finalized."

Presumably, this same takedown notice has been sent to those who have posted the video on YouTube, Facebook, and other sites.

We eagerly await the final, official video of this campaign.

UPDATE (20 July, 6:00pm: The video above has now gone into "private" mode and is not accessible to the public. You may be able to watch a Facebook version here.

(SPOT.ph) A brand new "It’s More Fun in the Philippines" video is currently making the rounds on Facebook. If you think the meme (and the sentiment) has played itself out, you owe it to yourself to watch this current version, which mixes snazzy editing and a wicked sense of humor (or shall we say "humor-humor") for a joyous look at our country’s delights.

It is currently not known who produced this video, though one of those who posted it, a certain "Juan Carlos Ayeng", alleges in his Wall that "[t]his is a Department of Tourism video that was shown in LA." This matches up with the professional editing and the use of the theme song that the DOT also used for their previous "It’s More Fun..." video (produced by BBDO Guerrero).