Annabelle Rama vs. The World: 10 Smackdowns Where She Let It Rip
Loading
Already a member? Log in
No account yet? Create Account
Spot.ph is your one-stop urban lifestyle guide to the best of Manila. 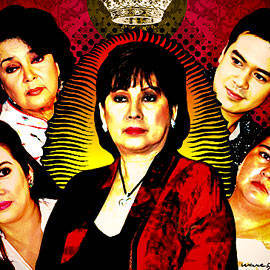 Annabelle Rama vs. The World: 10 Smackdowns Where She Let It Rip

We list encounters where the wrath of the fierce Bisaya was unleashed. 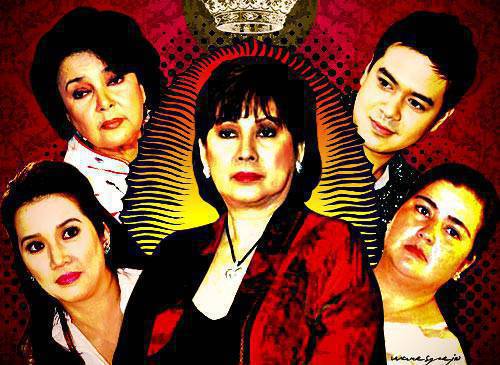 (SPOT.ph) Who doesn’t know Annabelle Rama? She started out as the supporting character to actor-husband Eddie Gutierrez and then later on her showbiz-bound kids, daughter Ruffa and twin sons Richard and Raymond. These days, Rama is a showbiz personality in her own right. Once a starlet in forgettable racy flicks in the 1970s, Rama is now making bigger waves as a talent manager. Heck, she even scored her own movie, My Monster Mom, in 2008 and recently revealed that she’s running for Congress.

But, of course, Rama has also gained some notoriety as a never-say-die nanay who’ll hunt down-or at least verbally whip to the point of their self-esteem’s near death-the people whom she thinks are hurting her or the members of her family. Here, we list 10 encounters where the wrath of Rama was unleashed. For the record, we’re not taking any sides here. We’re just tallying the fierce Bisaya’s well-documented smackdowns. (Please don’t hurt us, Ms. Rama.)

Spat origin: Bektas, who's described as a Turkish businessman, was once married to Rama's only daughter, Ruffa Gutierrez. The two, who had gotten married in 2003, announced their split in May 2007. Gutierrez also claimed that Bektas had been a physically abusive husband. There was no love lost between Rama and her son-in-law. The Bektas-Gutierrez marriage was declared annulled in January 2011.

Her "Mom mode" plea: "Leave my daughter alone! Give her freedom!" was Rama's fiery "plea" to Bektas. (Perhaps, she censored herself because the man was still the father of her granddaughters, Lorin and Venice. We added this to show that Rama does have moments where she reins herself in.)

Spat origin: A PEP.ph report revealed: "(The Rama-Solis) rift started when Annabelle’s daughter, Ruffa Gutierrez, revealed that she was snubbed by Lolit’s talent, Lani Mercado, at the birthday party of a GMA-7 executive. Lolit, in defense, of Lani, said some things about Ruffa that offended Annabelle. This started a word war between the two feisty women." The two women made peace that same year.

Spat origin: Rama accused then-GMA Network senior vice president Wilma Galvante of playing favorites. As such, Rama alleged that her talents, which included son Richard Gutierrez and actor JC de Vera, were being ignored. The two ended up suing each other. However in March 2012, it was reported by SunStar Manila that the two women have made peace-thanks to the efforts of Regal Films boss Lily Monteverde.

Her hellish diatribe: In a radio interview with showbiz reporter Ogie Diaz at the height of their tiff (as reported on PEP.ph), Rama had said, "Kailangan si Wilma magsimba araw-araw para ang sungay niya matatanggal sa katawan niya. Satanas 'yang Wilma na 'yan! Satanas 'yan (Wilma needs to go to church everyday to get rid of the horns that have long grown on her body. Wilma is Satan! She is Satan)!"

Spat origin: As reports about daughter Ruffa Gutierrez's dates with actor John Lloyd Cruz heated up, Rama got exasperated over the fact that Cruz didn't really acknowledge his relationship with Gutierrez.

Her public ultimatum: In an interview, Rama was asked to address Cruz. PEP.ph quoted Rama, who said, "John Lloyd, magpakalalake ka, okay? Kung in love ka sa anak ko, umamin ka in public! Kasi, I don’t think nakakahiya si Ruffa kung... Nakakahiya yun kung hindi mo siya inaamin, di ba? Para naman siyang kept woman, di ba (John Lloyd, be a man, okay? If you're in love with my daughter, admit to it in public. I don't think Ruffa is someone you'd be ashamed of. It would seem that you're ashamed of your relationship if you don't admit that you're together, right? That would make her like a kept woman, right)?"

Spat origin: In March 2010, ABS-CBNNews.com reported that The Buzz co-host Ruffa Gutierrez was reportedly pulled out from the show by mom-manager Rama because she thought Kris Aquino kept stealing the spotlight from Gutierrez. At that time, Gutierrez was saying goodbye to the ABS-CBN show because she had signed with TV5.

Spat origin: Rama was reportedly fuming mad when actress Evangelista abruptly decided to quit being one of her talents. As it turned out, Evangelista's mother Cecile Ongpauco stepped in as her manager. Ongpauco naturally also earned Rama's ire.

Her enraged declaration: The Philippine Daily Inquirer reported that during an October 2010 lunch gathering she hosted for the press, Rama sized up Evangelista thus: "Naging star lang siya dahil sa akin kasi matagal na siyang nalaos! Wala siyang project, sa akin lang siya nabuhay. Binuhay ko lang ang kanyang patay na career (She became a star because of me. She was a has-been. She had no project, I built her up. I breathed life into her dead career)."

Spat origin: In December last year, Montenegro accused Rama-who used to be the manager of her daughters Alyanna Asistio, 17, and Annika Asistio, 15-of child abuse. They faced off at the Quezon City Prosecutor's Office, where Montenegro alleged that Rama tried to punch her while the clarificatory hearing was going on. Later on, Montenegro also charged Rama with attempted murder. Rama, for her part, charged Montenegro with theft, claiming that the latter stole appliances and other home fixtures from her in 2010.

Her accounting roar: In an interview with PEP.ph shortly after the fracas at the Quezon City Prosecutor's Office, Rama explained what had enraged her about Montenegro, "Sabi ko, 'Wala akong kasalanan.' Ang kasalanan ko lang, magbigay ng trabaho sa dalawang anak niya. Nandiyan ang mga bata, magdamag nagtatrabaho ’yan, kumukuha siya ng pera. Sabi ko, ’Bayaran mo ang utang mo sa akin!’ [Sabi niya] wala siyang utang. Kapal ng mukha niya! (I am not at fault here. My only mistake was I made an effort to find work for her two kids. They worked round-the-clock and she got money. I told her, 'Pay me what you owe me!' She said she didn’t owe me anything. She’s really shameless).'"

Spat origin: Sometime in April this year, Rama's tiff with former actress Fuentes became a hot topic. The two engaged in a no-holds-barred Twitter catfight. Fuentes, who used to date Rama's husband Eddie Gutierrez, attacked Rama for allegedly wearing a red blouse at the wake of Joey Stevens, Fuentes' husband. Rama said that wasn't the case. At some point, Rama revealed that former beauty queen Gloria Diaz was somehow involved in the brouhaha. Diaz denied this. To this day, the real reason for the Rama-Fuentes smackdown remains unclear. Rama and Fuentes ended up suing each other.

Annabelle Rama vs. Cristy Fermin and the rest of Paparazzi (2012)

Spat origin: ABS-CBNNews.com reported that during the June 23 episode of  TV5's Paparazzi, Ruffa Gutierrez's co-hosts-Cristy Fermin, Zoren Legaspi, Mariel Rodriguez, and Jeffrey "Mr. Fu" Espiritu-took turns in whispering questions to her. Viewers would not hear what had been asked. All four questions required Gutierrez to pick among three options for an answer-the names of her former boyfriends: Aga Muhlach, Zoren Legaspi, and Robin Padilla. One of the questions partly heard on air was 'Who has the biggest...?'" Gutierrez had exclaimed: "I am not answering that. Wala akong alam diyan (I don't know anything about that). Next question. Hindi ko sasagutin ’yan (I am not answering that)." Next thing the public knew, Gutierrez had announced that she was quitting the show because she felt she had been "disrespected." Rama quickly backed her up.

Spat origin: On the evening of July 13-at the wake of Comedy King Dolphy, which was held in one of the rooms at the Heritage Memorial Park in Taguig City-Rama caused a scene when she reportedly went after showbiz reporter Chito Alcid. PEP.ph reported that some witnesses revealed that Rama had gone after Alcid with a "sharp object." The report also revealed that Rama and Alcid have pre-existing tension between them, as Rama has charged Alcid with libel.

Her post-fight quip: According to the PEP.ph report, Rama logged onto Twitter sometime after the incident and addressed Alcid with this tweet: "Ito ang tandaan mong hayop ka, wag mong pakialaman ang mga anak ko dahil wala silang kasalanan sa iyo (Remember this, you animal, don't mess with my kids because they haven't done anything to you)."