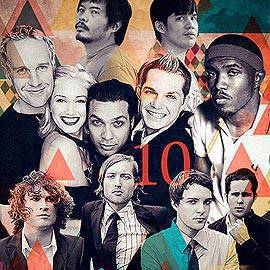 Press play on tunes by No Doubt, The Killers, Frank Ocean, Maude, Tarsius, and more! 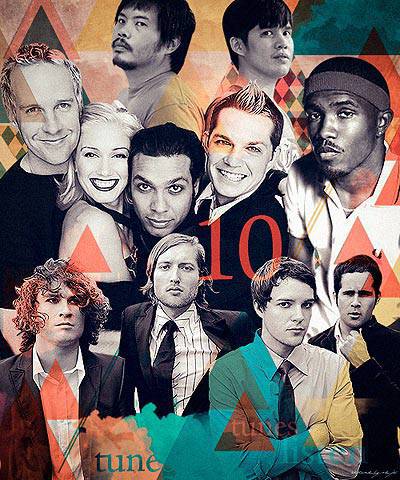 After a decade of waiting, No Doubt fans can rejoice with the ’90s band's comeback album, Push and Shove. The first single packs a lot of reggae punch and dance kicks, accompanied by Gwen Stefani's accented vocals. The lyrics' positive notes-I'm fine (and nothing's gonna knock this girl down) / I'm feeling positive for real, I'm all good no / I'm fine (And nothing's gonna knock this girl down)-reinforce the track's feel-good mood, a solid statement that the band hasn't lost its touch.

Fun fact: Push and Shove is set for release in September.

Indie music lovers might remember this foursome as Orange Cartel, the group responsible for the crowd pleaser, "Grab." Maude's first single is a breezy, indie pop delight meant to brighten up the rainy and dull days of August. We especially love this raw, acoustic version showcasing playful guitars and Luis Azcona's slick vocals.

Another favorite that's making a comeback are The Killers with their forthcoming album, Battle Born. The first single, "Runaways," will remind of you of good old ’80s rock and roll and Bruce Springsteen. Brandon Flowers sings of a tragic romance against a background of rock-solid guitars and cascading melodies.

This trippy electronic track from the Tarsius Duo-Diego Mapa (also of Pedicab) and Jay Gapasin (also of Radioactive Sago Project)-is way too infectious. Listen to the perfect marriage of Mapa’s laptop beats and synths and Gapasin’s spot-on drums.

R&B gem Frank Ocean’s major label debut, Channel Orange, features a mind-blowing, nearly 10-minute concept piece titled "Pyramids." The track is engaging in so many ways-from its images of ancient Egypt to depictions of a modern-day strip club, from its club feel to sexy slow jam transition. Plus, watch for the psychedelic guitar finish.

Fun fact: Early in his musical career, Ocean was a ghost writer for artists like Brandy, Justin Bieber, and John Legend.

We first fell in love with Jensen Gomez's "Umpisa" while watching Emerson Reyes' indie hit, MNL 143. The first single off his album, Understatements, is simple yet exceptionally poignant. Within the mix of delicate acoustics and painful lyrics is the young singer-songwriter's refreshing voice-definitely something to watch for in the local music scene.

Fun fact: "Umpisa" is the official soundtrack of MNL 143. According to Gomez, this is his first Tagalog composition.

Previewing The xx's forthcoming album, Coexist, is this raw and ethereal single. Vocalist Romy Madley Croft sounds more intimate than ever as she sings through whispers. The guitars sound atmospheric and the touches of percussion are pleasantly surprising.

Fun fact: The xx are currently on a North American tour. Coexist drops in September.

Actress Alessandra De Rossi takes on a new persona in her album, Adrift, featuring the single "Make it Better." The electronic track is echo-loaded and dreamy, with De Rossi showcasing her vocal chops.

Fun fact: Adrift can be downloaded for free via Mediafire.

Carly Rae Jepsen is at it again, this time dishing out an LSS-inducing track with Owl City (Adam Young). The catchy, cutesy, and danceable collaboration is the ideal tune for moments of carefree and brainless fun.

Fun fact: According to Champ, "It's interesting for people to see how I infuse my background from alternative rock and how Somedaydream is coming from electro pop, and how this young artist, Luigi, will infuse his youth and young music into this collaboration."

10 Tunes Music Nodoubt Carlyraejepsen
Your Guide to Thriving in This Strange New World
Staying
In? What to watch, what to eat, and where to shop from home
OR
Heading
Out? What you need to know to stay safe when heading out