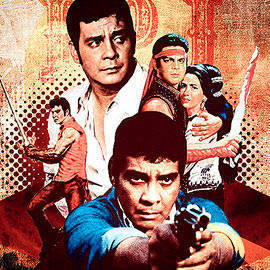 Pop Blast From the Past: FPJ is still "Da King"

Here’s to the greatest Pinoy action star ever. 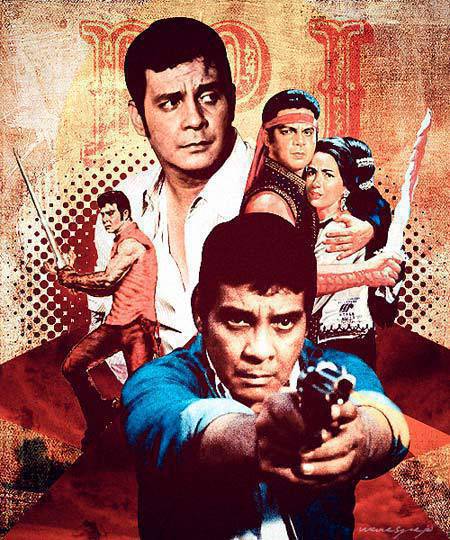 (SPOT.ph) Just in time for his 73rd birth anniversary on August 20, Fernando Poe Jr.-who reigned as the "Da King" of Pinoy action movies for decades-has been confirmed as National Artist. It is a fitting honor to the man whose last days in 2004 were marked by his struggle to overcome his loss in the presidential polls. People hand assumed Poe was the shoo-in. Alas, Gloria Macapagal-Arroyo was declared the winner. Then again, she’s in hot water right now because she’s being accused of alleged poll sabotage and fraud.

FPJ, whose real name was Ronald Allan Kelley Poe, was born in Pangasinan on August 20, 1939. By then, his family, via his father, Fernando Poe Sr., has already made its mark on Pinoy pop culture. Poe Sr. was an actor who is credited as the one who helped the late Comedy King Dolphy get his foot in the showbiz door. So, it comes as no surprise that FPJ took on his father’s name as his screen name. FPJ’s brother, who took on the screen name Andy Poe, is actually the real FPJ. (By the way, that story about Poe Sr. being the model for the University Oblation is not true. It is a pretty charming urband legend, though.)

There’s an urban legend about an FPJ fan who was so into one of his movies that the man allegedly drew a real gun inside the theater so he could help FPJ fight the bag guys on the movie screen.

Just as celebrated as his movie career was FPJ’s love life. The public idealized his marriage to actress Susan Roces. They had eloped and had gotten hitched in 1968. They only had a grand Catholic wedding later on, with President Fernand Marcos and First Lady Imelda Marcos as godparents. Later on, it was revealed that FPJ had brief dalliances with other women. Nevertheless, he and Roces stayed together. We just couldn’t imagine either of them with anyone else, too.

Aside from his films, FPJ’s legacy lives on today through his daughter Mary Grace Poe-Llamanzares, who is currently the chair of the  Movie and Television Review and Classification Board (MTRCB). Then there’s actress Lovi Poe, his daughter by former model Rowena Moran. Ronian Poe, his son by former actress Ana Marin, had also tried his luck in showbiz, but is now a DJ/tattoo artist. 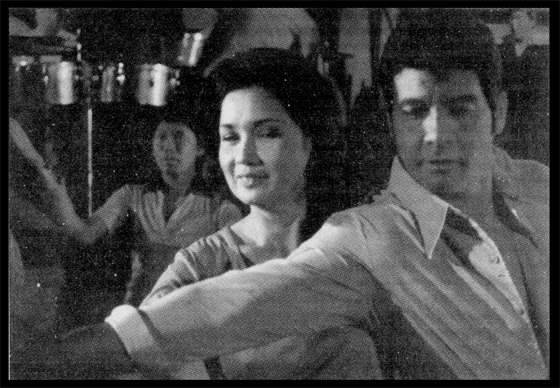 To this day, Pinoys remember the lines from FPJ’s movies and impersonators still do the FPJ stance (shoulders sort of hunched and thumbs hooked on pockets), the FPJ talk (he sounded a bit like the Christian Bale Batman), the FPJ fighting style (rapid punches to the solar plexus) and, yes, those immortal sideburns.

Art by Warren Espejo, with screenshots of photos from Video 48’s blog.

Fernando Poe Jr. Nationalartist Susanroces
Your Guide to Thriving in This Strange New World
Staying
In? What to watch, what to eat, and where to shop from home
OR
Heading
Out? What you need to know to stay safe when heading out