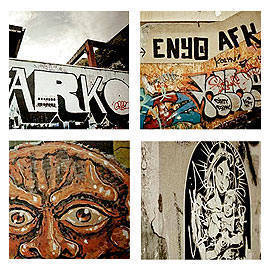 From caves to concrete, walls have long been an outlet for expression and communication. Street art has long flourished in cities around the world, but it’s only really become a legit and popular movement in Manila in 2006. 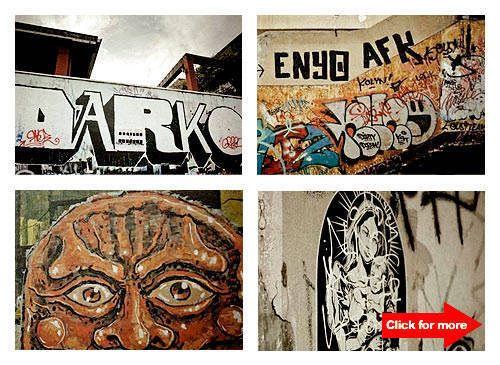 (SPOT.ph) "It started with the cavemen!" Exclaims a street artist who goes by the name Nuno. He is talking about the history of street art and come to think of it, what he says is true. From caves to concrete, walls have long been an outlet for expression and communication. Street art has long flourished in cities around the world, but it only really became a legit and popular movement in Manila in 2006.

It was a long time coming, considering Manila has always had graffiti groups like the SBA since the early 90s. "They were in the South of Manila, in Las Pinas. And their works were inside private villages so not everybody knew about them," narrates Graver, the dude whom the entire scene credits for the explosion of graffiti in Manila in the 2000’s.

"I started when I saw Graver’s tag, in 2007. I just started seeing his tag around, everywhere, along EDSA. Una kong nakita sa Katipunan, then nung nakita ko siya, naisip ko, okay to a. At first, trip lang and then after a while, naging tuloy-tuloy na," shares Nuno.

And tuloy-tuloy is what it’s become. From seeing only their tags, to seeing how their tags evolve, to witnessing legit events, street art has quickly and finally become a fixture in Manila. Yes, our street art culture is still rather young compared to other cities in the world, but it’s quickly growing. Photographer Geloy Concepcion shows us where in Manila street art is quietly being brewed and cradled.