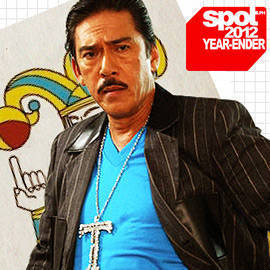 The events that made us cringe. 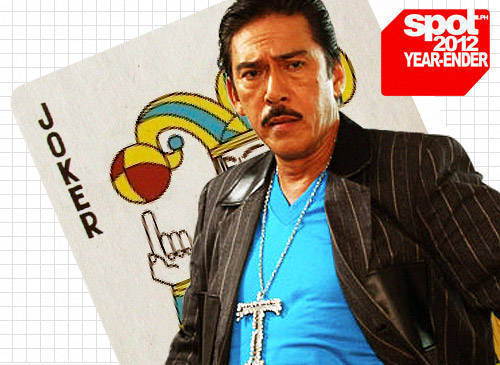 (SPOT.ph) As the year winds down, we figured it’s time to clean house and exorcise the bad vibes of 2012. We listed 10 events that created a ripple effect of disappointment and, at times, rage. In other words, these are the people or encounters that had the capacity to cause collective sadness or shame.

10. NAIA takes a beating anew. In October this year, the Ninoy Aquino International Airport (NAIA) Terminal 1 was named the worst airport in Asia by travel website Sleeping In Airports. Aside from the airport’s lack of sleeping areas, the website pointed out: "With its collapsing ceilings, overcrowding, rampant bribery, and taxi drivers scamming travellers on fares, its easy to understand why ’disappointed’ and ’unbelievable’ are just a few of the words travellers use to describe Manila’s Terminal 1. The airport also has to contend with other persistent problems such as the invasion of birds and snakes.

9. The CBCP keeps it up. The Catholic Bishops Conference of the Philippines has been on a roll this year. They’ve done everything from telling couples that they should remain chaste on Valentine’s Day, threatening pro-RH Bill lawmakers, theorizing that calamities are God’s way of punishing RH Bill supporters, endorsing Breaking Dawn Part 2 for being "pro-life," and then comparing President Noynoy Aquino to the man who gunned down children in Connecticut. The entity made sure that they got ample airtime to (presumably) spread the word of the Lord. We ask God to forgive them for they seem to know not what they do, as well as cut them slack for the things that they’ve done and have failed to do. Then again, we’re pretty sure they’re about to do more of whatever it is they think they’re doing.

8. Dolphy dies and his wake is defiled. As if it weren’t bad enough that the country’s beloved King of Comedy was dead, an altercation between talent manager Annabelle Rama and showbiz scribe Chito Alcid disrupted the wake held in one of the rooms at the Heritage Memorial Park in Taguig City on the evening of July 13. PEP reported that some witnesses revealed that Rama had gone after Alcid with a "sharp object," which some reports later revealed was a bread knife. Dolphy’s grief-stricken family were gracious enough not to fan the flames of the inappropriate encounter. In fact, Dolphy’s son, Eric Quizon, said the late comedian would probably have just shrugged off the incident, as Rama is known to be a volatile personality. Indeed, the Rama-Alcid encounter would have been just another showbiz tiff-but since it happened at Dolphy’s wake it becomes a certified showcase of extreme bad taste.

7. Arnold Clavio starts a race debate. PEP.ph reported that in the March 13 broadcast of Unang Hirit, host Arnold Clavio fired off a tirade against the Philippine Azkals. This was because two members of the team-Lexton Moy and Angel Guirado-were being accused of sexual harassment by Cristy Ramos. (The case has since been dismissed.) Ramos, the daughter of former President Fidel V. Ramos, serves as match commissioner for the Federation Internationale de Football Association (FIFA). In one of Unang Hirit’s segments, Clavio had addressed the Azkals, saying, "Talagang aral na sa inyo ’yan. Ang yayabang n’yo. Akala n’yo porke’t dinadagsa kayo ng mga fans, ang gaguwapo n’yo, e. Parang God’s gift to women (Let it serve as a lesson to all of you. You’re all so arrogant. You think because you have fans that you look so good. Like God’s gift to women)." He also added: "Hindi naman kayo Filipino. Nagpapanggap lang kayong kayumanggi. Hindi kayo dito lumaki, mahirap yun. Insensitive (You’re not Filipinos. You’re only pretending to be brown-skinned. You didn’t grow up here, that’s hard. Insensitive)." Clavio’s comments started a heated debate among netizens, some of who vehemently insisted that being Filipino also involved "looking like one." The narrow-minded definitions were unbelievable. Clavio later apologized for his racist remarks. But, heck, the excrement had already hit the fan.

7. The Corona impeachment trial. From January 16 to May 29 (with a month-long break inserted), 44 agonizing Senate sessions were devoted to the impeachment trial of former Chief Justice Renato Corona. While some lawmakers took the proceedings seriously, it was clear that some of them didn’t mind appearing clueless about it. Once such person was Senator Lito Lapid, who, at some point, referred to a pie chart as "picha pie." Then, there was Representative Niel Tupas Jr., who seemed to earn the ire of Senator Miriam Defensor Santiago, who, in turn, was irked by ear-covering move of Atty. Vitaliano Aguirre. The outcome of the trial may have been a relief for President Noynoy Aquino, but the public was stressed out by the whole saga. The amusing highlights failed to make up for the cringe-worthy moments.

6. Pitbulls used for dogfighting by Korean syndicate. In March, InterAksyon.com reported, "Police raided a dogfighting arena in San Pablo City, Laguna operated by the same Korean syndicate they had busted (back in December 2011)." Six Koreans, Filipino caretakers, and security guards were arrested during the Friday night raid in San Pablo. Anna Cabrera, program director of the Philippine Animal Welfare Society, said about 300 pit bulls and pit bull mixes were rescued from the two-hectare lot where the dogfight ring was located. Most of the dogs were in pretty bad shape after long-term abuse.

5. School violence. The Philippine Collegian reported that on February 1, Lordei Camille Anjuli Hina-a fourth-year Political Science major was "in critical condition at the surgical intensive care unit of Capitol Medical Center after being attacked by a robber and three other accomplices at the UP Diliman (UPD) University Student Council (USC) office." The report revealed that Hina was "hit with an ice pick just above the left temple, fracturing her skull and knocking her unconscious." On August 30, Colegio de San Agustin student Jamie Garcia punched a classmate who had allegedly been bullying him. A teacher intervened and Garcia was brought to the Head Teacher’s Office. As he waited there, the father of the alleged bully he had punched rushed in. The man was identified as Allan Canete Bantiles. He proceeded to verbally abuse Garcia. Bantiles slapped Garcia and then pulled out a gun to threaten him. Meanwhile, in September, a male student of  Las Pinas East Verdant High School was also threatened with a gun on school premises. The men who had threatened him (identified as Leandro Sarno and Jesus Mejia in reports) claimed that they did it "just to scare him" because he had been bullying their fraternity brother’s son. In October, University of Santo Tomas student Joanne Reyes was on the Far Eastern University campus to watch a film. She was accosted by five women who proceeded to use pepper spray on her and then stab her. She sustained seven stab wounds and was fortunate enough to survive. That same month, Adamson University student Kevin Roy Castro, 21, was attacked by fellow Adamson students. He got stabbed twice and survived. Early in December , three FEU students were shot by still-unidentified men near the school campus on Nicanor Reyes Sr. Street (formerly Morayta). Two of them, Jerald Ramos, 21, and Juan Paolo Nepumuceno, 17, died. Adrian Santiago, 18, was rushed to a hospital and was reported to be in critical condition for some time.

4. Brutal fraternity deaths. In February, 25-year-old Marvin Reglos-a freshman law student from San Beda College-was brought to the Unciano Medical Center in Antipolo City, Rizal. He was reportedly accompanied by two men on board a red Honda City. Reglos was declared dead on arrival. According to reports, he had sustained injuries during "an alleged hazing incident." In July, another San Beda College freshman law student, Marc Andrei Marcos, 21, was rushed to the DLSU-Dasmariñas Hospital, where he died. Investigators later revealed that he had been part of a hazing ritual.

3. Typhoon Pablo survivors beg for food. In the wake of the killer typhoon, many survivors in Compostela Valley were seen begging for food on the streets. An ABS-CBNNews.com report also revealed that some survivors ended up "raiding a warehouse of the National Food Authority in Cateel, Davao Oriental and allegedly stealing 1,000 sacks of rice and 7,000 bags of palay" out of desperation. Meanwhile, the report quoted Agriculture Secretary Proceso Alcala as he "stressed the need for order and discipline in food distribution" and emphasized that there was enough rice for everyone.

1. Senator Tito Sotto won’t shut up. Aside from making all sorts of disputable claims about the RH Bill, Sotto really made a mark when he was exposed as a supposedly unwitting plagiarist. ABS-CBNNews.com reported that on August 16, Senator Tito Sotto’s chief of staff, Atty. Hector Villacorta, "admitted that they copied the work of an American blogger in the lawmaker’s turno en contra speech on the reproductive health (RH) bill."  It turns out they had actually plagiarized some posts of three U.S. bloggers, Sarah Pope, Peter C. Engelman, and Jancie Formichella. Sotto also plagiarized the speech of the late U.S. Senator Robert F. Kennedy. Kennedy’s daughter, Kerry, called out Sotto for what he did. Through it all, Sotto maintained that he had done nothing wrong.

Art by Warren Espejo, with screenshots of photos from PEP.

Naia Tito Sotto Mannypacquaio Cbcp Typhoonpablo Dolphy Annabellerama Arnoldclavio Renatocorona Pitbulls
Your Guide to Thriving in This Strange New World
Staying
In? What to watch, what to eat, and where to shop from home
OR
Heading
Out? What you need to know to stay safe when heading out