Hot on Spot: 10 Things You Must Know About the Sabah Incident
Loading
Already a member? Log in
No account yet? Create Account
Spot.ph is your one-stop urban lifestyle guide to the best of Manila. 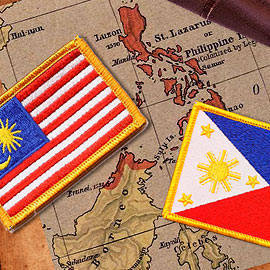 Hot on Spot: 10 Things You Must Know About the Sabah Incident

We know it's complicated, but we tried to make it simple anyway. 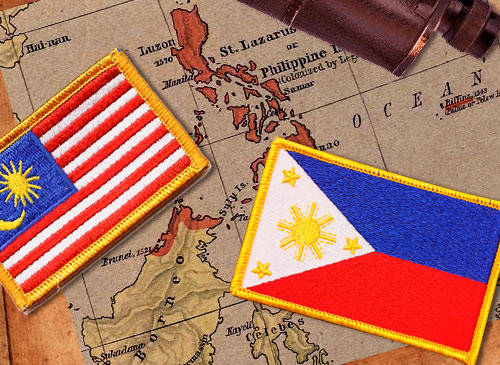 (SPOT.ph) In February, when news broke out that 75-year-old Jamalul Kiram III, the Sultan of Sulu, was more forcefully reviving his claim on Sabah, many of us didn’t know what the heck was going on. Soon, hundreds of Kiram’s relatives and followers were at the coastal village of Lahad Datu in Sabah, ready to fight to death to stake their claim. (Kiram stayed behind as he has a kidney ailment and needs to undergo dialysis twice a week.) Then again, perhaps, one could hardly blame them for thinking that.

Journalist Raissa Robles reveals in her article, "Sultan of Sulu Jamalul Kiram III continues to fight for Sabah," that the Malaysian embassy in Manila has continued to deliver (an annual) payment of 5,300 ringgit (to the Sultan of Sulu)." Still, the Malaysian government now insists that "that the residents of Sabah had exercised their right of self-determination when they voted to join the Malaysian federation in 1963" so they didn’t get why Kiram was insisting on taking back Sabah. Then again, nobody has really explained why they’re still paying him rent. In fact, Robles quoted Kiram, who had directed this question to President Noynoy Aquino: "Mr. President, what more proof do you want us to show that Sabah is ours? By the mere fact that Malaysia is paying us annually in the amount of 5,300 Malaysian ringgit, is it not enough?" (Note: Robles pointed out, though, that due to the meddling of a politician, Kiram also has to deal with the fact that there are many other claimants of the Sultan of Sulu title. It’s a whole other story so just click the link to know more about it.)

As of the afternoon of March 5, 2013, reports say that the Sabah standoff-between Kiram’s followers and the members of the Malaysian Royal Police-has left 27 dead (19 of them were Kiram’s followers). It’s being tagged as Malaysia’s worst security crisis. In Manila, protesters gathered in front of the Malaysian Embassy in Makati. The issue, of course, still hasn’t been resolved.

In an attempt to shed some light on this complex matter, we listed 10 things you must now about the Sabah incident. Please remember that this "cheat sheet" only  provides "skeletal" data about the subject, enough (we hope) to get you started should you decide to do further research on it.

1. Sabah was a gift from another sultan. In 1704, the Sultan of Brunei ceded the area to the Sultan of Sulu for helping him quash a rebellion. There are other articles that claim it was done in 1658 but we chose to cite the year that Senator Jovito Salonga also cited in his March 1963 speech on the Philippines’ North Borneo (Sabah) claim.

2. It was first rented out to "an Austrian adventurer" in 1878. Salonga revealed in his speech, "In 1878, a keen Austrian adventurer, by the name of Baron de Overbeck, having known that the Sultan of Sulu was facing a life-and-death struggle with the Spanish forces in the Sulu Archipelago, went to Sulu, took advantage of the situation and persuaded the Sultan of Sulu to lease to him, in consideration of a yearly rental of Malayan $5,000, the territory now in question." (Note: Salonga’s speech was delievered in 1963 so the term used for the rental reflects that era.)

3. It was turned over to a British guy. Salonga explained that "Overbeck later sold out all his rights under the contract to Alfred Dent, an English merchant, who established a provisional association and later a Company, known as the British North Borneo Company, which assumed all the rights and obligations under the 1878 contract." Put simply, the British North Borneo Company became Sabah’s administrator.

4. Things began to get confusing in 1881. Salonga explained that in 1881, the British North Borneo Company was awarded a Royal Charter. "A protest against the grant of the charter was lodged by the Spanish and the Dutch Governments and in reply, the British Government clarified its position and stated in unmistakable language that ’sovereignty remains with the Sultan of Sulu’ and that the Company was merely an administering authority," said Salonga.

5. It got "lost" in 1946. Salonga pointed out: "In 1946, the British North Borneo Company transferred all its rights and obligations to the British Crown. The Crown, on July 10, 1946 - just six days after Philippine independence-asserted full sovereign rights over North Borneo, as of that date."

7. The Manila Accord was signed in 1963. The Philippines entered into an agreement with Indonesia and Malaysia on July 1, 1963. This agreement was called "The Manila Accord." The document is described as a testimony to the governments of the Federation of Malaya, the Republic of Indonesia, and the Republic of the Philippines’ keen and common desire to have a general exchange of views on current problems concerning stability, security, economic development and social progress." This was one of the stipulations under the agreement: "The ministers [from the three countries] reaffirmed their countries’ adherence to the principle of self-determination for the peoples of non-self-governing territories. In this context, Indonesia and the Philippines stated that they would welcome the formation of Malaysia provided the support of the people of the Borneo territories is ascertained by an independent and impartial authority, the Secretary-General of the United Nations or his representative." Years later, this line of reasoning was used by Malaysia, when it stated that the so-called lease that Britain had gotten from the Sultan of Sulu "was nullified when British left and the residents of North Borneo overwhelmingly voted to join the Malaysian Federation in 1963."

8. In 1968, people got massacred because they weren’t prepared to kill in order to take back Sabah. In March 1968, Muslim recruits were brought to Corregidor Island to prepare them for "Operation Merdeka," it was a confidential plan of President Ferdinand Marcos’ administration to take control of the Malaysian state of Sabah. After the recruits found out the nature of their mission, many of them reportedly balked at the idea of killing their fellow Muslims. When they tried to raise their complaints against the officers to Malacañang, the military officers in charge of their training fired at them. According to Case Unclosed, the massacre "reawakened the Bangsamoro people and provided the spark for the formation of the Moro National Liberation Front." Only one person, Jibin Arula, who was 27 at the time of what was eventually called the Jabidah Massacre, survived. In 2008, The Philippine Daily Inquirer reported, "(Arula) admitted that his revelations, which triggered a full-blown Senate inquiry but led to nothing, ruined not only his future but also his children’s... (He said most of his life) was spent in fear and in hiding." Various accounts say the Jabidah Massacre death toll was "at least 28 people."

9. The Sultan of Sulu sent a letter to Malacañang, which got lost in the shuffle. The Philippine Daily Inquirer reports that there was "a letter sent to President Noynoy Aquino in 2010 by Agbimuddin Kiram, crown prince of the sultanate of Sulu and North Borneo, expressing his clan's stand on the Philippine claim to the eastern Malaysian state of Sabah and the peace process in Muslim Mindanao." In the missive, the younger Kiram "informed Aquino about the creation of the Interim Supreme Royal Ruling Council (ISRRC) under the sultanate of Sulu and North Borneo as a result of the series of consultations in Simunul, Tawi-Tawi; KM-4 Indanan, Sulu; and Kawit, Zamboanga City, on June 20, 25 and 26, 2010." The Inquirer report noted that the letter probably "got lost in Malacañang" because it was sent on June 28, 2010, two days before Aquino took his oath as president. The report went on to reveal that "the letter was coursed through the Office of the Presidential Adviser on the Peace Process (OPAPP) but since Secretary Teresita Deles had not yet assumed office at the time, another officer there received the letter and it was this officer who decided it was ’not urgent.’" The report added, "After the Sabah standoff began...and the letter was mentioned in the early reports of the Inquirer, a source in Malacañang said the president inquired about it. Aquino was reportedly disappointed to learn that no one kept the letter or a copy of it."

10. The royal snub was the last straw. In her article for the South China Morning Post, Raissa Robles wrote, "When the Moro Islamic Liberation Front rebels signed a framework peace agreement at the Philippine presidential palace (in October 2012), one man in the jam-packed Heroes Hall did not join in the jubilation. That man was 75-year-old Jamalul Kiram III, who was invited to represent the Sultanate of Sulu in the southern Philippines. He comes from a once-wealthy ruling clan that traces its lineage back to the 15th century and what is now Malaysia’s Sabah state. Kiram was offended that neither Philippine President Benigno Aquino nor Malaysian Prime Minister Najib Razak had acknowledged his presence. That royal snub, along with persistent reports of Kiram’s supporters being flogged and deported once again from Sabah, was what drove dozens of his followers to sail from their remote Philippine islands last month to press his claim."

POSTSCRIPT: In his 1963 speech, Senator Jovito Salonga declared that the Sultan of Sulu’s claim over Sabah was "solid." However, he also said that "the Sultan of Sulu or his heirs cannot make a claim over Sabah before the International Court of Justice (ICJ) because ’only States may be parties in cases before the Court,’ as per Chapter 2, Article 34, paragraph 1 of the Statute of ICJ, in relation Chapter 14 of the UN Charter." Nevertheless, Salonga emphasized, "The claim for North Borneo is not of the President, the Liberal Party, nor of his Administration, but a claim of the entire Republic, based on respect for the rule of law, the sacredness of facts, and the relentless logic of our situation in this part of the world." Isn’t it a coincidence that another LP president is now in power? This is why we need senators who are this well-read. Salonga’s speech is still useful almost 50 years after he delivered it. We can’t exactly say that for the speeches of incumbent senators.

Miss World Philippines 2018 Malaysia Hotonspot Sabah
Your Guide to Thriving in This Strange New World
Staying
In? What to watch, what to eat, and where to shop from home
OR
Heading
Out? What you need to know to stay safe when heading out