The Spotty Awards (2013 Edition): 10 Campaign Ads That Made Us Cringe, Cry, or Chuckle
Loading
Already a member? Log in
No account yet? Create Account
Spot.ph is your one-stop urban lifestyle guide to the best of Manila. 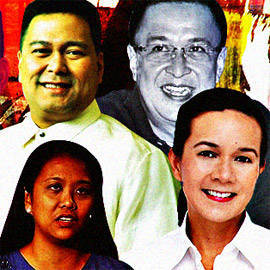 The Spotty Awards (2013 Edition): 10 Campaign Ads That Made Us Cringe, Cry, or Chuckle

We cite the election pitches that caught our attention for all the wrong reasons. 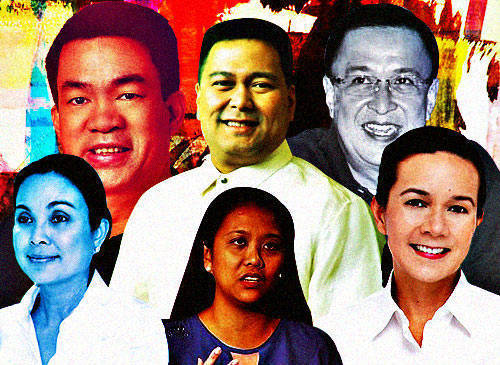 (SPOT.ph) As election season reaches its most-awaited climax on May 13, we take stock of the political ads that we all inadvertently watched. Instead of boring the public with a straightforward list of their accomplishments and a copy of their résumé, these candidates chose to dazzle the public with their "performances" and props (human or otherwise). SPOT.ph hands out The Spotty Awards to the campaign ads that made us cringe, cry, or chuckle.

Grace Poe and the power of a movie poster.

Cringe, cry, or chuckle moment: It’s not enough that the ad opens with the obvious pun using "Poe." When Poe enters the house of her potential voters, there’s a huge poster of one of her late father’s most iconic films. It’s hard to miss. It’s also hard to take seriously.

What the spin doctors didn’t think about: We all already know who her daddy is. We don’t need the cheesy reminder. It cheapens the memory of a great Pinoy action star.

Increase "the cuteness index" with a matinee idol.

Cringe, cry, or chuckle moment: Angara, as we can see,  already looks good. But that’s not enough. He calls in Coco "Mr. Yammy" Martin as his "wingman." They both strike a pose in front of UP Diliman’s Palma Hall. They make a pitch about education and what-not.

What the spin doctors didn’t think about: Perhaps, it’s not so wise to talk about affordable tuition when so many students of the university used as the ad’s setting are complaining about the steep fees. But, by all means, keep the good-looking actor in the picture.

What the spin doctors didn’t think about: People watching this video are all wondering, "Nasaan na si Heart Evangelista?"

Cringe, cry, or chuckle moment: We like the jingle well enough, but it becomes hilarious when it’s juxtaposed with Madrigal’s meltdown moments. There’s a shot of her in the middle of an outburst, then another one of her wet from a water cannon assault, and so on.

What the spin doctors didn’t think about: Sometimes "Ja-ja-Jamby" isn’t enough. (Bring out the iPad!)

Nancy Binay shows her maternal side.

BEST CHILD PERFORMERS: The kids in Nancy Binay’s advocacy ad, which is easily repurposed as a campaign ad (To be fair, Binay isn’t the only candidate who came up with an advocacy ad. Please read "Pre-Election Excitement: 10 Allegedly Non-Political Ads.")

Cringe, cry, or chuckle moment: The ad opens with smiling kids and there seems to be an endless supply of them. Binay hangs out with them. At some point, her famous papa comes in.

What the spin doctors didn’t think about: It’s reminiscent of Manny Villar’s "Dagat ng Basura" ad, which also had an abundance of kids.

Jack’s all about feeding the nation.

Cringe, cry, or chuckle moment: In his ad, Enrile smiles goofily as he bounces to a tune that’s associated with Willie Revillame, "Igiling giling."

What the spin doctors didn’t think about: There’s a song that’s better suited to Enrile’s focus on cheap and filling fare: the Sexbomb Girls’ "Spaghetti Song." But maybe the moves for that tune were too demanding for him.