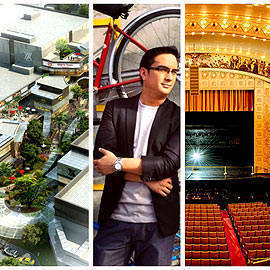 (SPOT.ph) Who says nothing exciting is happening in Metro Manila? We’ve got star sightings, red carpet premieres, concerts, concerts, and more concerts being held. All that thrill needs a great background and the urban landscape is keeping up with the times.

The New Glorietta recently opened its doors and we’ve featured the new delights they have for foodies. Shangri-La has also opened their East Wing and we’ve downed some beers at the new Brotzeit. Those are just appetizers. Get ready for the meaty main course. 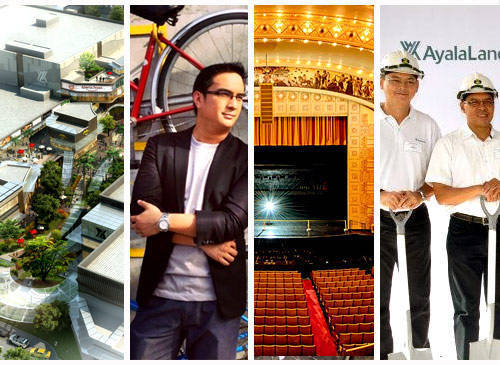 The northern district of Quezon City isn't exactly known for much, except for the occasional trips people take to La Mesa Watershed and Eco-park. Fairview has remained underdeveloped but Ayala Land has been busy constructing the Fairview Terraces since 2011, with the promise of a "central garden with a lush landscaped promenade surrounded by al fresco dining establishments" to set it apart from the two malls that are already in the vicinity. 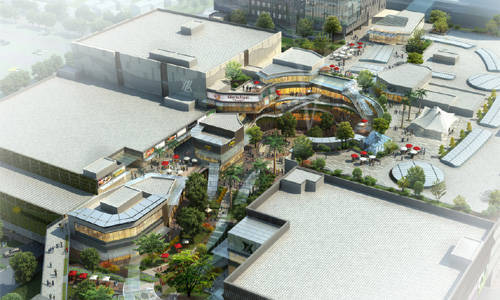 Fairview is getting a facelift

The first phase of the project is set to be completed towards the end of this year and we're hoping that this will signal a positive change in the scene in that wee little corner of the metro.

The University of the Philippines is once again partnering with Ayala Land to the develop the area around the campus. The UP Integrated School (UPIS) is being relocated into the university grounds and the UP Town Center is set to rise in its place some time around the fourth quarter of this year. 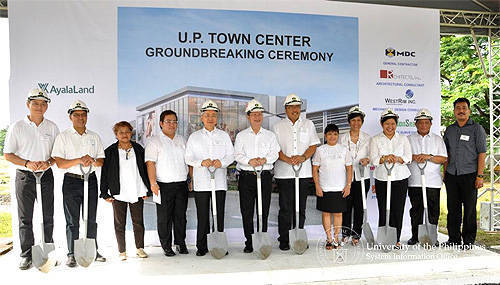 UP President Alfredo Pascual (center, leftmost with shovel) with Ayala Land representatives at the groundbreaking ceremony on June 18, 2012

The Katipunan area is already a little congested and we're a bit apprehensive about the effect of this new establishment on the traffic, but we're happy to hear that Ayala Land is shouldering the construction of the new buildings for UPIS. High school students get a facility upgrade, college students get a new place to study (or unwind!).

We've been seeing the bikes hanging on racks at Ayala and Magallanes for a while but we were a bit hesitant to say anything about it. The concept of "sharing" doesn't always fly, but we're glad to be proven wrong. 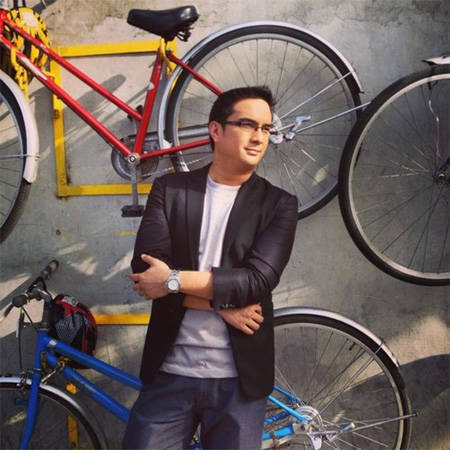 We love the pride that Yves Gonzales has for his work. Here he is posing with the bikes, photo used as his Twitter and Instagram avatar

The MMDA's efforts to create more flow in the traffic on EDSA range from the daunting task of taking on unruly bus drivers to something as simple as this. Commuters who take an Ayala-Magallanes route need only to present a valid ID plus sign a form and they are free to use one of the bikes on the designated lane until the next station.

With a little bit of luck, we might see this project expand and we'll be pedaling on more lanes along EDSA.

The Theater at The Proscenium

Anyone who travels along EDSA has seen the enormous Carlos Ott billboards. The Proscenium is the latest luxury residential development in Rockwell but within it is a more interesting structure. 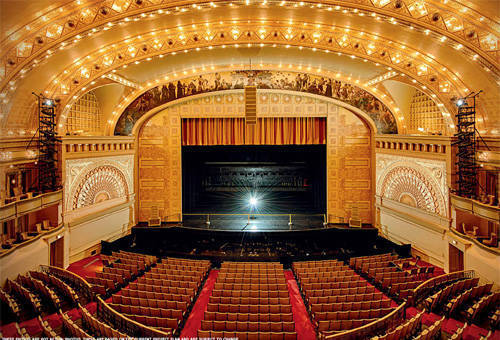 The theater, art based on project plans

Upon the completion of The Proscenium, a 600-seater theater will also be unveiled. We love every touch of culture in the landscape and, with the recent scare involving the Philamlife Auditorium, it's refreshing to see a push for more venues for performance art.

With the recent increase of grim and heartbreaking incidents of suicides at MRT and LRT stations, Transportation Secretary Joseph Emilio Abaya called for the installation of platform doors to prevent people from jumping onto the tracks.

Each station will need P10 to P20 million to put up these barriers and the MRT management is looking to incorporate this in the 2013 or 2014 budget. While this move does not prevent suicidal thoughts, it will ensure the safety of other passengers, prevent delays in our daily commute, and it protects the train operators from liabilities as well.

On an arguably less vital note, it can also prevent pesky line-cutting.

It has finally happened: Henry Sy has landed a spot in Bonifacio Global City and SM Aura Premier will occupy about 23 hectares of land near Market! Market! 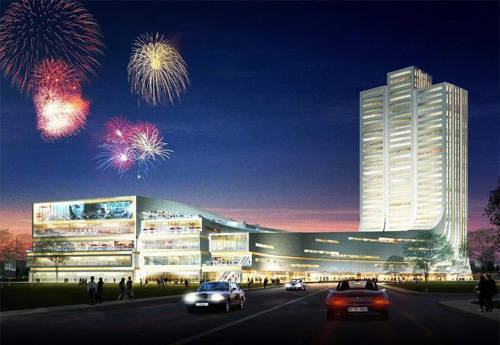 Fireworks probably not a permanent fixture

It boasts al fresco bars and restaurants, sculptures, botanical gardens, a performance hall, a church in honor of Saint Pedro Calungsod, and we're sure people living in the area will also enjoy more movies at the IMAX Theatre.

BGC is known for its upscale sophistication and we'll see what else SM can offer to the area (we hear that they've got it all for you). 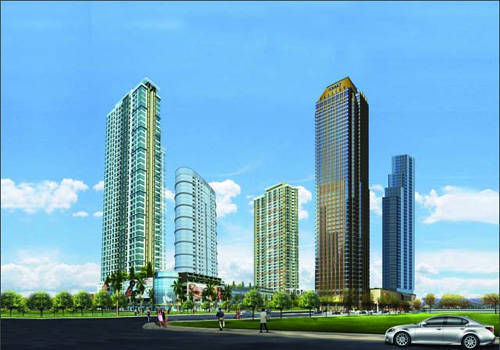 Luxury and class are the keywords for this venture. Federal Land President Alfred Ty was quoted saying that it will feature a six-star hotel. We've been around five-star ones and we're very eager to know what the extra glitter brings.