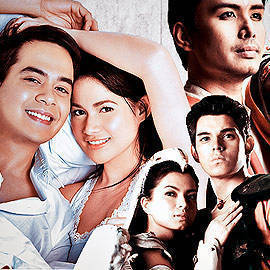 Reel Couples: 10 Love Teams That Would Work in Real Life

They had such great chemistry that we wanted them to hook up for real. 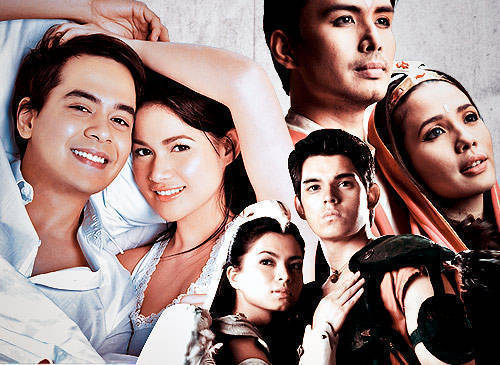 (SPOT.ph) It’s easy to root for your favorite hero, your favorite leading lady, even your favorite contrabida. In the case of a love story, it’s easy to fall in love, get heartbroken, and be caught up with the beloved love teams that grace television. In fact, we become so emotionally invested that sometimes, just sometimes, we forget it’s not real. Here are some examples of couples who made us fall in love on screen; we’re pinching ourselves and crossing everything that can be crossed in the hope that these pairs would make it real.

P.S. We’re guessing that when you’re the ones acting, it’s hard not to fall in love, too. Several of the pairings that we rooted for-Wowie and Judy Ann, Kristine and Jericho, Claudine and Rico-really did relate their on-screen chemistry off-screen. 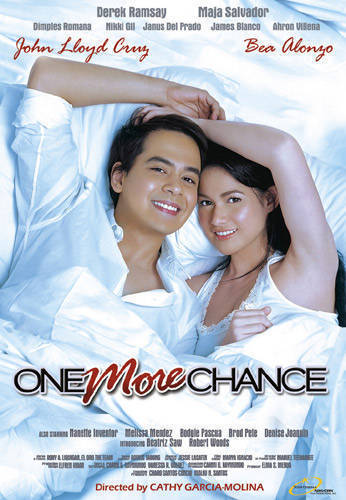 Sample chemistry: John Lloyd and Bea have reached a total of eight soap operas and seven films. The most noteworthy ones are Kay Tagal Kang Hinintay (2002 to 2003), One More Chance (2007), Maging Sino Ka Man (2006 to 2007), Maging Sino Ka Man: Ang Pagbabalik (2007 to 2008), Miss You Like Crazy (2010), and The Mistress (2012). It’s interesting to note that the latter film ended with their wedding even when they did not end up together. That’s how much credibility their chemistry has.

Why they would work in real life: With a history that spans 10 years, John Lloyd and Bea’s on-screen history is longer than most real-life partnerships. They’re also one of the few love team partners that successfully managed to separate their reel and real lives. John Lloyd once confessed that Bea is an important part of his life and that he fears anything more might jeopardize their successful professional relationship. But who knows unless they give it a shot? It might be the true love they’re both looking for (peace, Zanjoe Marudo). 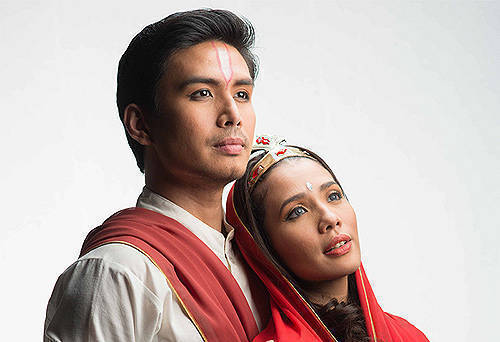 Why they would work in real life: First, because they will make sweet sweet music together, and second, it’ll be convenient since they star in practically every musical together anyway. Karylle and Christian have actually admitted that they casually dated when they performed in the West Side Story, right after she and longtime boyfriend Dingdong Dantes broke up. Nothing happened because the two said they were more friends than lovers, but isn’t that how most romances start?

Why they would work in real life: Let’s forget the fact that their first roles together were as twins in the weekly afternoon show, Click. And, uncomfortably enough, even then they already showed potential. Richard’s bad-but-really-sweet-boy image jives seamlessly with Angel’s strong persona. More importantly, since being with Richard is also code for being with his devil-may-care "mommyger," Annabelle, it’s fortunate that Angel is known for her graciousness towards her superiors and her ability to keep mum when she needs to be. 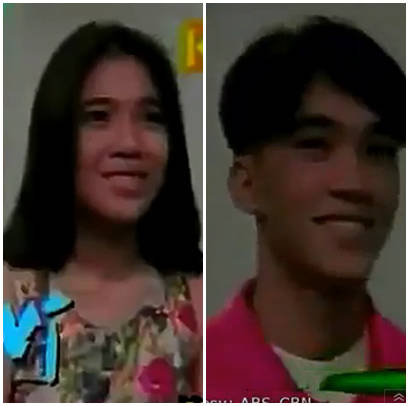 Sample chemistry: They were together in Ang TV (1992). Okay, so they were never really a love team, but they could have been if Claudine-Rico, Jolina-Marvin weren’t hogging the spotlight so much!

Why they would work in real life: The girl who always plays the heroine’s best friend and the guy who’s never really the best friend but was always part of the barkada? It could work! They both have experiences being left in the curb in favor of other artists. And they both have secret talents: Jan is a terrific singer (watch the double wedding in Mula sa Puso The Movie, 1999) and Victor Neri is a triple threat dancer (Hataw Na, 1995), singer (Videoke King, 2002), and kontrabida (the majority of his filmography)-very Cherie Gil. Together, they can tell potential offspring stories of what could have been. 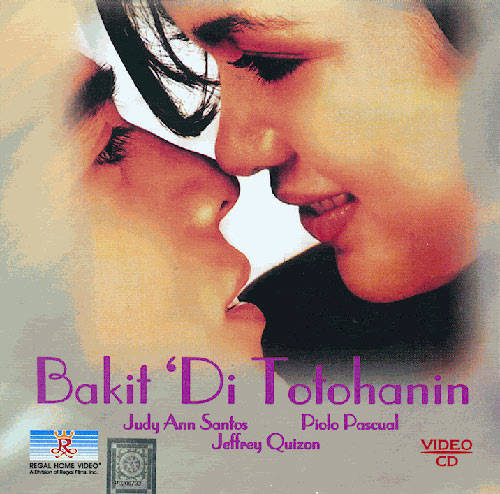 Why they would work in real life: There was a news bit, back in 2003, where Judy Ann and Piolo continued to kiss (for a full two minutes) long after director Joyce Bernal yelled cut. We’re sure it was a publicity stunt, but there has to be something there. Judy Ann is, of course, happily married to Ryan Agoncillo, but back when she and Piolo were the hottest item on-screen, fans were rooting for them, and you always need lots of support in a relationship. 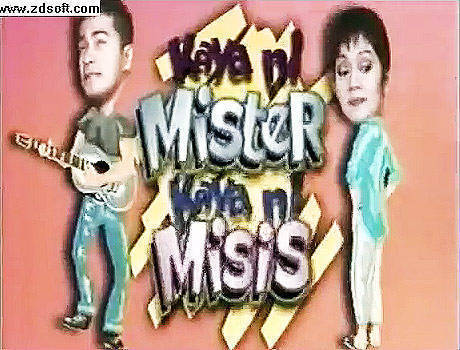 Why they would work in real life: It was fun to see the constant playful bickering of Montano and Soriano. It was easy to imagine them in a relationship where Soriano wouldn’t let Montano get away with things like giving presents to a third party. She would probably put him in his place. There are men who need wives who keep them on a tight leash. 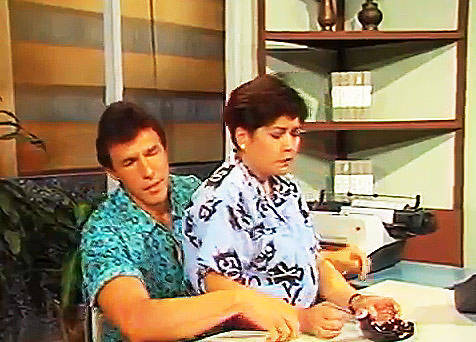 Sample chemistry: They made their mark as spouses Jimmy and Ines Capistrano in the popular 1980s sitcom Chicks to Chicks (which was later known as Chicka Chicka Chicks). The Capistranos were quirky and unabashedly amorous. Ines was always telling Jimmy, "Tara honey, maligo na tayo."

Why they would work in real life: Their tandem was so successful that people thought they were really married. If either Freddie or Nova was spotted by fans, they were immediately asked where their partner was. The two certainly look like they belong together. They represent old married couple who have successfully kept the flame burning, so to speak. Marital lust never seemed so adorable. 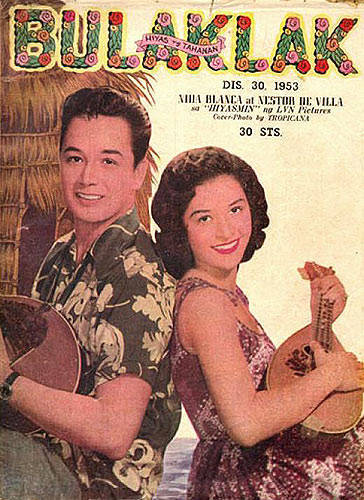 Sample chemistry: They teamed up for the first time in the 1952 film, Romansa sa Nayon. There was no stopping them after that. They starred in movies like Hijo de Familia, Waray-Waray, Ibong Adarna, Wala Kang Paki, Turista, and many others. They weren’t just great in comedies, they also excelled in dramas such as 1983’s Saan Darating ang Umaga.

Why they would work in real life: Their effect on each other was extraordinary. They were able to bring out the best in each other as actors. It’s not hard to imagine how their dynamic would work in  a romantic or domestic setting. He was a gentleman, the kind of guy girls’ mothers would love. She was unpretentious, charming, and beautiful in a non-threatening way. Guys wanted to be him and girls wanted to be her. 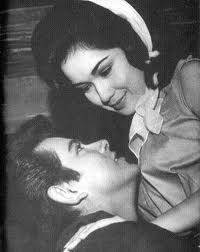 Sample chemistry: Their tandem’s first outing was in the 1961 movie Joey, Eddie, and Lito. They made many more movies after that. Their latest stint was in the ABS-CBN primetime soap Walang Hanggan. If their extensive body of work isn’t a testimony to the strength of their chemistry

Why they would work in real life: They were both so incredibly good-looking (and still are despite the inevitable wrinkles and laugh lines). They looked like a pair of dolls. Yet, they always seemed dignified even when they were being playful. You could easily envision them as a buena familia power couple. 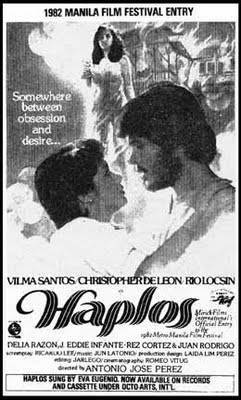 Sample chemistry: From the time they were first paired off in Tag-ulan sa Tag-araw (1975), De Leon and Santos’ on-screen sparks lit up many more movies such as 1982’s Relasyon and 2002’s Dekada ’70.

Why they would work in real life: They are definitely equals, like yin and yang made flesh. Based on their cinematic stints, they seem like the kind of couple who would finish each other’s sentences and would be able to say so many things with just one word.