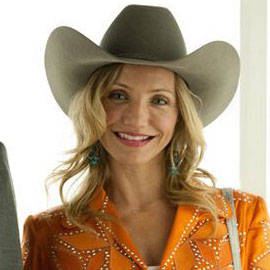 At the reduced ticket rates, should you fall for this con movie?

(Gambit is a remake of the same-titled 1966 comedy starring Michael Caine and Shirley Maclaine.) 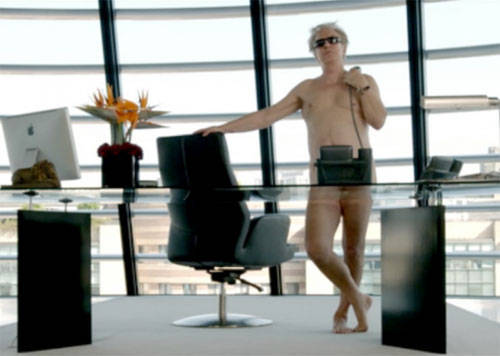 It has naked Alan Rickman!

A week or two ago, Steven Spielberg predicted that in the very near future, a US moviegoer will have to pay $150 for a ticket to see a mega-budgeted Hollywood  movie like the latestIron Man sequel, and "only" $7 to watch an intimate drama like Lincoln. Such a price scheme is already being experimented on by SM Cinemas, which is charging "only" P100 a pop for Gambit, which is half the cost of a ticket to 2D screenings of Man of Steel and World War Z.

The mention of Claude Monet
. My favorite painters are Van Gogh, Da Vinci, and Monet. Of these three artists, only the first two have even been mentioned in mainstream movies, though Monet (and his famous garden) plays a vital role in two of my most cherished children's books. And so, thanks to Gambit, I'm happy to see and learn more about the Impressionist's work on a big cinema screen. My favorite scene inGambit is the brief flashback that shows Monet creating the two haystack paintings that propel Colin Firth's scheme.

The off-beat humor. A cat coiffed to look like a lion, a posse of rich Japanese who aren't as polite as they seem, a wealthy woman who derives as much pleasure from farting as "normal" people do. These are just some of the eccentric characters which the Oscar-winning Coen brothers bring to life in their latest script, as directed by Michael Hoffman.

The clever twist ending. In the best tradition of heist schemes like Ocean's Eleven, Gambit's climactic revelation is a doozy. 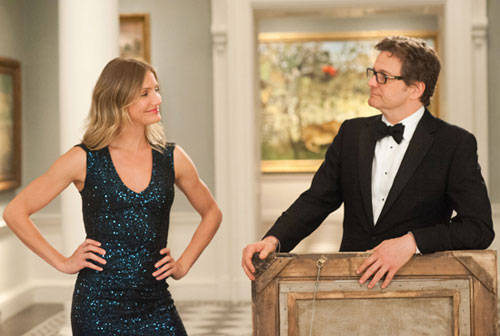 Colin and Cameron make a con.

The laughs are few and far in between. Despite its cast of A-listers and a screenplay by Joel and Ethan Coen,Gambit isn't as funny as it could have or should have been. A scene showing Colin Firth with his pants down at London's ultra-exclusive Savoy Hotel goes on for far too long, and the comedic skills of the brilliant Stanley Tucci are criminally underutilized. And though Cameron Diaz still looks great for her age, the comedic sparks she generates here are mere embers compared to the ones she threw off in comedies like There's Something About Mary and The Mask.

IN BRIEF: Though the final twist is quite the surprise, getting to it may be quite a chore for those looking for more chuckles. A laugh-a-minute comedy, Gambit is not, and even the discounted ticket price will have some feeling like they didn't get their money's worth.
RATING: âÂ€¢âÂ€¢. 2 and 1/2 out of 5 spots
CONTINUE READING BELOW
Recommended Videos
Shares
Share Tweet Pin
Share this story with your friends!
Share
Pin
Tweet
Viber
Copy Link
Help us make Spot.ph better!
Take the short survey

Gambit Movie Review Gambitreview Colinfirth Alanrickman Stanleytucci Camerondiaz
Your Guide to Thriving in This Strange New World
Staying
In? What to watch, what to eat, and where to shop from home
OR
Heading
Out? What you need to know to stay safe when heading out