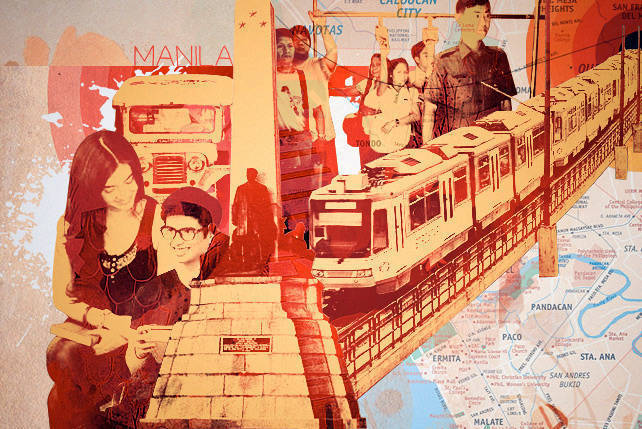 You Know You're a ManileÃ±o When...

Find out if the Big Bad City has made you one of its own. 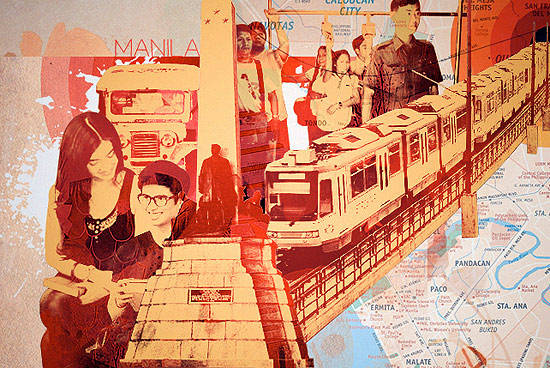 (SPOT.ph) Metro Manila has often been called the country’s great melting pot. Many Pinoys migrate from other parts of the country to seek their fortune in the Big Bad City. But there comes a point when these wide-eyes migrants transform into seasoned-by-traffic Manileños. We’ve listed some of the signs that tell us you’ve become a certified resident of the metropolis that seduced and roughed you up at the same time. Oddly enough, most of these signs revolve around the state of traffic.

MRT meltdown. Paula "Amalayer" Salvosa got into hot water when somebody uploaded a clip of her getting mad at the MRT station guard. Whether we admit it or not, there’s a Paula Salvosa in all of us. There’s no excuse for bad behavior, but Metro Manila’s commuter pile-up and its interesting obstacles (car accidents, malfunctioning trains, and the weather) bring out the worst in people.

1. You head out for an 8 a.m. meeting at 5:30 a.m. Where else in this country would you be forced to wake up at an unholy hour to prep for a meeting set at 8 a.m.? Unless you live near your destination, you’re forced to start your journey before the morning rush hour sets in. (Anytime after 5:30 a.m. is already iffy.) Otherwise, prepare for on-the-road hell and unavoidable tardiness.

2. You clutch your bag protectively all the time. There are so many criminals lurking about in the city-from cute underage thieves with nimble fingers, faster-than-a-speeding-bullet pickpockets, riding-in-tandem robbers, and all sorts of grifters. It’s no wonder why most Manileños guard their bags like they’re protecting vital organs.

3. You have a "decoy" wallet. You keep a wallet that has enough cash to be believable, say P200, so you can hand it over to robbers who use guns or knives to threaten you. You keep your real wallet in an unexpected part of your body. (No, we don’t want to know its exact location.)

No flood of sympathy. Instead of comforting Manila motorist Christopher Lao, who tried to drive through a flooded area, netizens turned cruel. To this day, we don’t know why the people who filmed his failed attempt deemed it newsworthy. Because, really, we’ve all had moments where we were willing to do anything so we wouldn’t get stuck on the road. Sure, Lao was foolish for attempting to drive through the flood, but aren’t there many of us who insist on going home even when we know the roads aren’t safe?

4. Heavy rains prompt you to ask, "May pasok ba?" In most parts of the country, rain is just rain. In Metro Manila, rain is bad news because of the flooding it brings. Metro Manila’s collective mood when it rains can be summed up thus: "When it rains, it’s poor."

5. You consider location when you pick a boyfriend or girlfriend. If you’re a guy who lives in Better Living, Parañaque, you’ll do your best not to fall for a girl who lives in Novaliches, Quezon City. Absence may make a heart grow fonder, but horrible Metro Manila traffic puts things in perspective.

6. When someone tells you they spent six hours stuck in traffic, you believe them. On-the-road hazards have become so much a part of Metro Manila life that residents now get nervous when traffic is moving smoothly.

8. Pay days are always bittersweet for you. You may be cash-rich but you can’t get home as soon as you can because other cash-rich workers like you are out living it up at a mall sale. Malls often hold sales simultaneously so you’re screwed.

9. You judge people by the malls they go to. Certain malls are for the high-end crowd, while others are for the salt-of-the-earth (some say scum-of-the-estero) crowd. It’s snobbery at its shallowest (if that’s possible) but we have to admit we’re guilty of this. Now, who’s game to hang out at the Guadalupe Commmercial Center?

10. If you have a car, you’re constantly worried about parking. Metro Manila’s car owners are perpetually worried about where to park and how much it would cost to park. Smackdowns at the parking lot are not uncommon.

Metro Manila Manila Manila Residents Traffic
Your Guide to Thriving in This Strange New World
Staying
In? What to watch, what to eat, and where to shop from home
OR
Heading
Out? What you need to know to stay safe when heading out