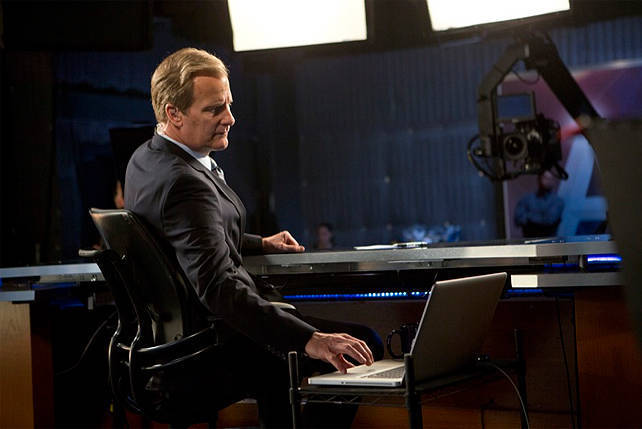 10 Reasons Why We Want to Watch The Newsroom

The staff of News Night returns for a second season 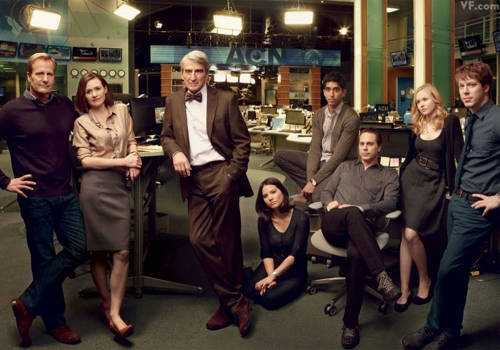 (SPOT.ph) The term "newsmakers" often refers to celebrities and politicians but in 2012, HBO decided to green light an Aaron Sorkin drama about news-makers i.e. people who make the news (literally). The Newsroom follows the ensemble cast that makes up the fictional staff of News Night, with Will McAvoy (Jeff Daniels) as the anchor and his ex-girlfriend, MacKenzie McHale (Emily Mortimer) as the executive producer. The first season was met with mixed reviews but it’s putting up a fight and entered the ring swinging with the second season.

News Night is on air again

It premieres on tonight at 9 p.m. on HBO with a plot packed with issues like the U.S. anti-terrorism policies, the Occupy Wall Street movement, the controversial Trayvon Martin shooting, and the Presidential Elections of 2012. If that’s not exciting enough for you news and politics junkies out there, here are 10 more reasons we’re beginning to like The Newsroom.

1. Sharp, snappy dialogue (that we don’t often get in actual newsrooms)

How we all wish that our daily lives were filled with conversations teeming with wit. Sure, there are bursts of brilliance but we don’t always stride across hallways with print outs yelling, "Out of my way, story of the year in my hands!" Conversations in actual newsrooms are mostly composed of asking how the weekend was and wishing it was the weekend again. Journalists are human, too.

2. The West Wing and Aaron Sorkin

The Newsroom is The West Wing but instead of the oval office, you get the... well, newsroom. It seems like a more exciting Studio 60 on the Sunset Strip (we know our Sorkin dramas, yes) and it brings back that writing style which Sorkin is known for. It’s a bit smug and the characters border on being stereotypical but for all those flaws, the show makes white-collar work entertaining. 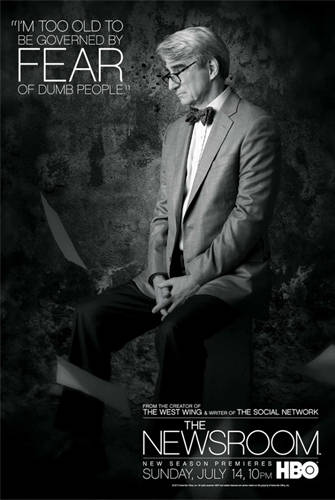 Powerful quote from news division president Charlie Skinner (played by Sam Waterson): "I’m too old to be governed by fear of dumb people"

3. Behind the camera drama

"This isn’t journalism! They don’t even go out on the streets!" cried the critics during the first season, including Dave Marash, who previously worked as a television journalist for ABC News and Al Jazeera English. Marash has a point but in Sorkin’s defense, it’s called The Newsroom and not The Journalists. The show focuses more on the production of a news program-dealing with ratings, ethics, and even technical difficulties.

As a response to the criticism, Sorkin hired consultants for the second season to inject some realism and accuracy. The show is still evolving and, in the spirit of good journalism, we’re following the lead.

4. Digging up the recent past

Historians might have a hard time piecing together information from centuries ago but recent history is even more difficult to deal with. There’s not enough distance from the events, which makes the job of writing this show quite difficult. Write Abraham Lincoln as a vampire and people take it as fiction but write about a fictional news show covering Osama bin Laden? The audience will demand accuracy because they were there and they know better than you (oh yes, they do).

The second season follows the Mitt Romney campaign and the show is already receiving disapproval from former aides of that presidential campaign. The show explains that they’re not meant to be a documentary and they want to present how news ought to be done, not how it is actually done. That’s a smart defense and quite frankly, it can be quite interesting to see an idealized version of the truth. It may inspire the young ones to become journalists and it may remind those already in the profession why they wanted to be journalists in the first place. 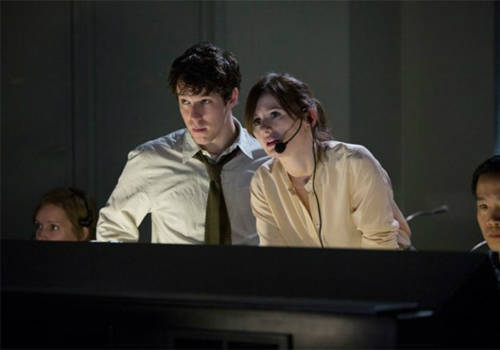 Unlike 30 Rock, which is more straightforward in being absurd and is character driven, Sorkin’s The Newsroom is more ambitious. It’s a program about making a program, which is a little bizarre and not always fun (we refer back to the short-lived Studio 60 on the Sunset Strip).

The show presents the problems of actual journalists, and not just by fleshing out scenes in a newsroom. It’s a show that has to present facts but must also convince people that the facts are interesting. The two don’t always coincide and the writers are forced to romanticize certain things...which we’ve seen happen in the real nightly news.

7. Because Dan Rather says so

Yes, that Dan Rather who was the former anchor of the CBS Evening News. Dan Rather reviewed the first season for The Gawker and he liked it. He also seems very optimistic about the show and rumor has it that HBO executives feel the same way.

8. The second season is getting better reviews

Here’s what The New York Times has to say about the second season, "The Newsroom is still righteous and romantic, but the characters now compete less over virtue than over virtuosity...This revamped version of The Newsroom is no less preachy, but it's a lot more fun to watch." 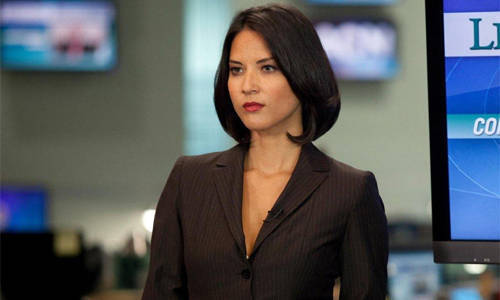 9. When all else fails, the cast doesn’t

Almost everything in the show is open for criticism but the cast itself? They’re getting pretty rave reviews. Jeff Daniels was nominated in the Golden Globes, the Screen Actor’s Guild Awards, and the Primetime Emmy Awards. Former Attack of the Show host Olivia Munn finally gets an acting job that doesn’t capitalize on her geekery and Dev Patel of Slumdog Millionaire is not a token Indian guy. You have to celebrate those little wins in life.

10. It opens up the venue to ponder about the state of our nightly news here

How are we different? How are we the same? For all the shortcomings of The Newsroom, it’s at least shedding light on people we get the news from. Imagine what the show would be like if it were set here: the Manila Hostage Crisis, the Maguindanao Massacre... the television executives debating on whether or not they really want to sell another piece of their soul by buying Kris Aquino’s "I’m quitting showbiz!" claims.

The second season of The Newsroom starts airing on August 5 at 9 p.m. on HBO

The Newsroom Aaronsorkin Tv Hbo Jeffdaniels Emilymortimer Oliviamunn Devpatel
Your Guide to Thriving in This Strange New World
Staying
In? What to watch, what to eat, and where to shop from home
OR
Heading
Out? What you need to know to stay safe when heading out