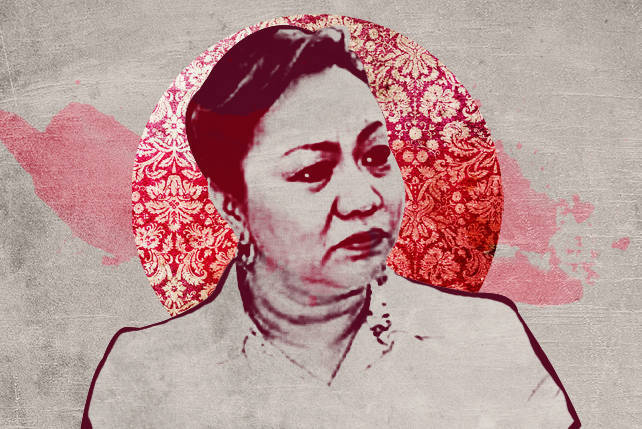 She may be missing but she’s still on our minds.

Humble origins. The young Janet Lim (left) and her family fell on hard times after her father died.

(SPOT.ph) Janet Lim Napoles continues to be a hot subject. Embroiled in the pork barrel scam controversy, she’s currently considered a fugitive from justice. The authorities are after her and her brother Reynald Lim for their so-called illegal detention of Benhur Luy, their relative and the whistleblower who accused Napoles of masteminding the dubious dealings involving lawmakers’ pork barrel funds. Alas, Napoles is nowhere to be found. As one netizen quipped, "Hindi pa napupulis si Napoles."

As the hunt for Napoles continues, we picked the quotable gems from her interview with journalist Malou Mangahas in GMA’s Investigative Documentaries. Her statements range from the interesting to the (for lack of a better word) incredible. Read on and tell us which one is your favorite.

Where’s Janet? Janet Lim Napoles has reportedly gone into hiding as the pork barrel scam controversy heats up. There’s a warrant of arrest for her and her brother Reynald Lim for the illegal detention of their relative Benhur Luy, the whistleblower who exposed alleged Napoles’ "operations."

"Nagkakilala po kami sa barko. Siguro po nakita niya ako eh mapayat pa ako noon. Siguro nagandahan siya, so siguro kami po iyong itinadhana ng isa’t-isa (We met each other while we were on a ship. I guess he saw me and I was quite svelte back then. Perhaps, he found me beautiful, so we were destined to be together)."-Napoles relating how she met and fell in love with her husband, Jaime "Jimmy" Napoles

"Ay wala hong pakialam doon. Ano namang pakialam ko sa pork barrel (I don’t know anything about that. Why do I have to concern myself with the pork barrel)?" -Napoles’ reply when asked for her opinion on what should be done with the Priority Development Assistance Fund (PDAF), which is more popularly called as the pork barrel funds

"Kaysa ibili lang namin ng luho, doon namin ho ibinigay [sa mga nangangailangan]. Hindi kasi kami ma-showbiz. Kasi ang sabi po ng nanay ko, kapag namigay ka anak at hindi mo ipinamalita may grasyang babalik sa yo. Yun po ang pinanghahawakan ng pamilya ko (Instead of indulging our whims, we give back. We’re not showbiz. My mother had told me that if I do acts of charity without announcing them, I’d get a lot of blessings in return. This is the principle that my family follows)." -Napoles explaining how her family prefers to give back to those in need instead of buying frivolous things

"Gusto ko po silang makilala at magpa-picture sa kanila at kahit papaano minsan nadawit sila sa kontrobersiya ng buhay ko (I want to get to know them and have my picture taken with them so I have a reminder that they were once part of a controversy in my life)." -Napoles’ half-joking quip after she adamantly denied knowing any of the senators who have allegedly given her their pork funds for "processing"

"Sinusubukan po ang faith namin dahil kami po ay tumutulong sa kaparian. Siguro sinusubukan ng Diyos kung hanggang saan po ang faith namin (Our faith is being tested because we help priests. Maybe God is testing us because He wants to see how strong our faith is)." -Napoles waxing religious over why she and her family have been dragged into the pork barrel scam controversy

"Dapat kasi iyong mga anak natin nung bagong silang palang kinunan natin ng insurance. Para kapag umabot sila sa edad nilang tama, isa iyon sa magiging kapital nila. Iyon po ng secret ng buhay namin (You should get your kids insurance once they’re born. This way they get a lump sum when they come of age, which they can use as capital. That’s our life secret)." -Napoles explaining how her daughter Jeane was able to afford posh properties in Los Angeles, adding that Jeane did not need to ask for financial support from them

"Ako ito. I’m a rugged person. Ito na iyon. Ito na ang personality ko. May kani-kaniya kasi tayo eh di ba (This is me. I’m a person who prefers to be in ’rugged’ attire. This is my personality. We each have our own, don’t we)?" -Napoles saying that, unlike her daughter Jeane who needs to dress up because she works in the fashion industry, she herself sticks to "rugged" outfits

The taxmen come knocking. The Bureau of Internal Revenue is now investigating the Napoleses’ tax records.

Janet Lim Napoles Janetnapoles Prokbarrel
Your Guide to Thriving in This Strange New World
Staying
In? What to watch, what to eat, and where to shop from home
OR
Heading
Out? What you need to know to stay safe when heading out