Wasak!: Lourd de Veyra and Friends at the Manila International Book Fair
Loading
Already a member? Log in
No account yet? Create Account
Spot.ph is your one-stop urban lifestyle guide to the best of Manila. 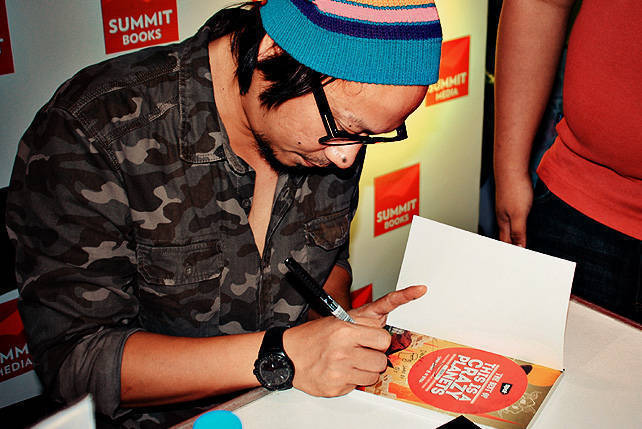 (SPOT.ph) There was a deluge going on outside the SMX Convention Center, but more than a hundred people waited over two hours to have their copies of the just-launched The Best of This Is A Crazy Planets: Book 2 signed by author Lourd de Veyra (poet, essayist, bandleader, polymath, TV host, sometime model). Really, though, lining up was worth it, if only to listen to the antics of Lourd’s partner-in-crime Jun Sabayton (actor, resbak, comedian, host, idol, full-time model).

"’Di ba mga makabagong Pilipino, disiplinado tayo?" he says to the throng, keeping crowd control by lightly tapping them with a rattan cane he brought, barangay tanod-style, for the occasion. A multitasking man, Jun is emcee, barker, entertainer, bodyguard, and interviewer all rolled into one; functions he performs admirably, even when everyone wants to have their picture taken with him.

Scroll down for shots from Lourd de Veyra’s book signing of the latest volume of The Best of This Is A Crazy Planets, launched just this past weekend at the Manila International Book Fair at the SMX Convention Center. 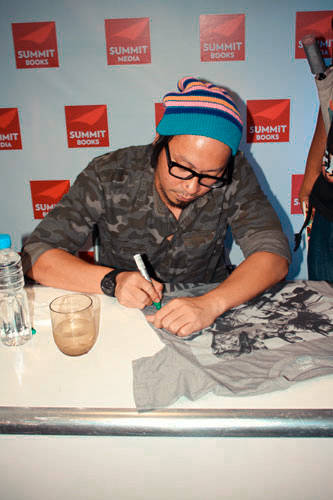 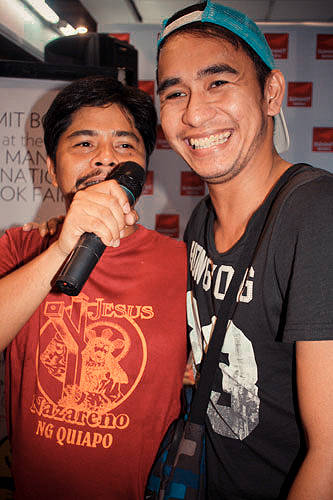 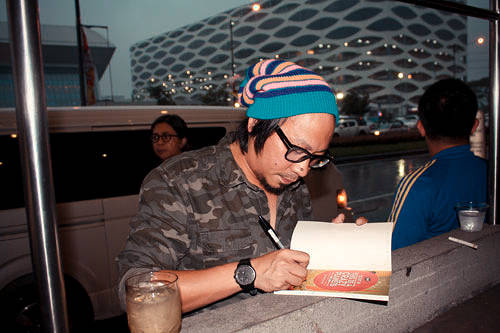 To have their books signed, fans were assigned a number. "Jun, ano’ng number na?" Lourd asks. "Yosing-yosi na ako!" He pulls three of them out of the line to accompany him on a cigarette break, and signs their books while smoking. 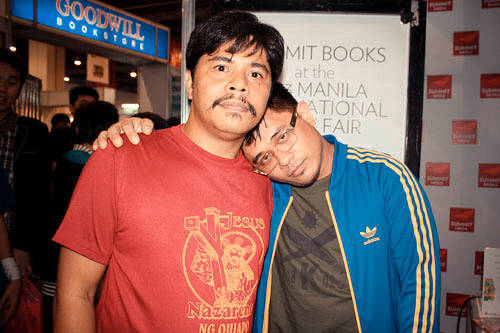 Jun Sabayton and filmmaker R.A. Rivera, who’s directed a lot of stuff with Lourd (and Jun) in it, including some great-looking videos for Radioactive Sago Project. Seriously, check out "Astro." 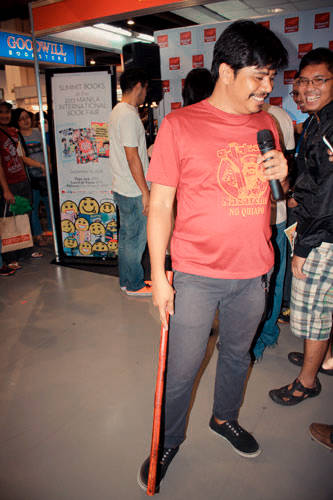 Jun Sabayton and his baton. 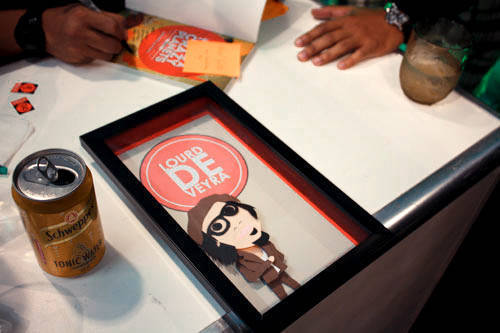 Tools of the writer trade: a fan gift, a can of Schweppes, and a drink to fortify you. 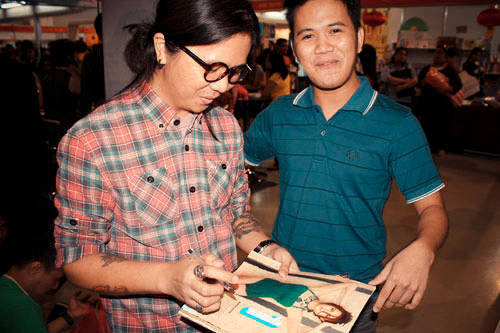 Fans have cover artist Warren Espejo sign their copies of The Best of This Is A Crazy Planets, too. One of them even has him sign a picture of Marian Rivera. 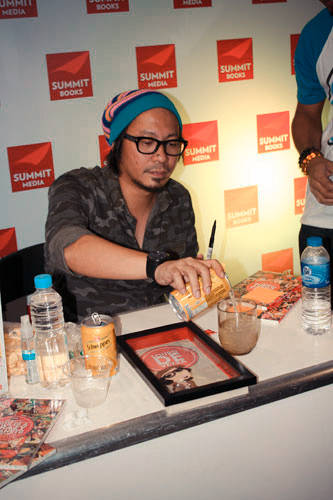 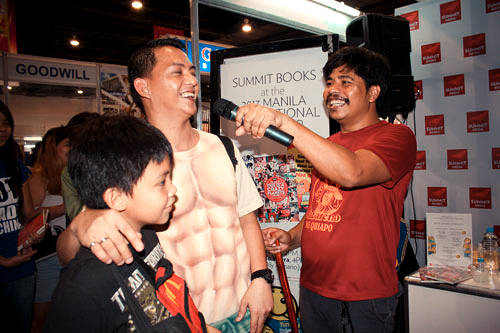 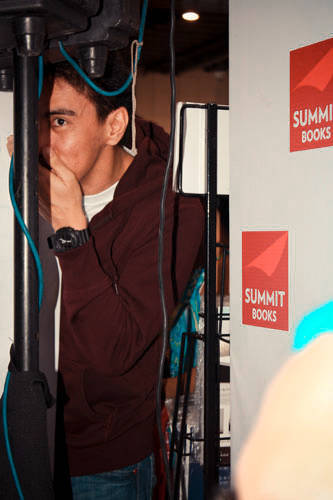 Look who drops in during the final moments of the book signing. 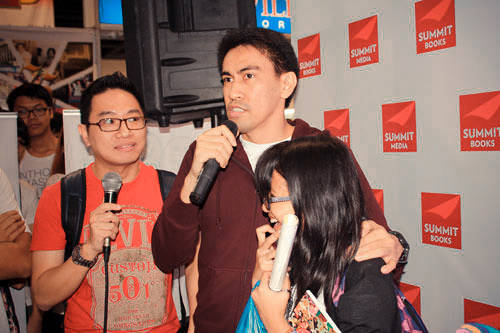 Lourd De Veyra Junsabayton Ramonbautista This Is A Crazy Planets Booklaunch Summitbooks
Your Guide to Thriving in This Strange New World
Staying
In? What to watch, what to eat, and where to shop from home
OR
Heading
Out? What you need to know to stay safe when heading out