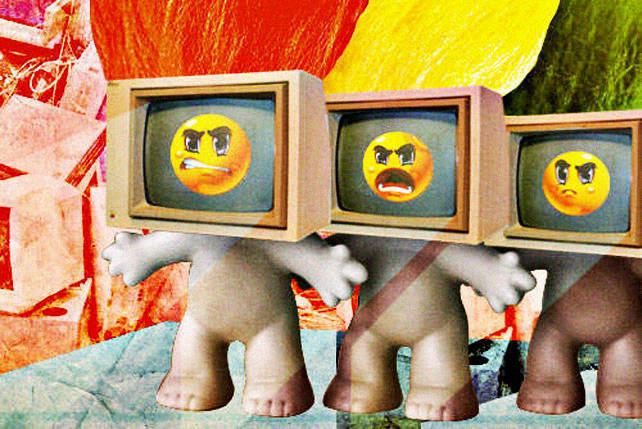 They spice up our online life with their nasty antics. 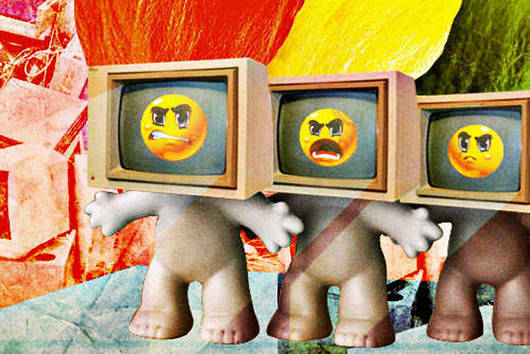 (SPOT.ph) When life throws you lemons, make lemonade. So the saying goes. In the spirit of that can-do adage, we came up with a list that would classify the faceless and anonymous creatures who spice up our online life in so many ways. We’ve let them slam us so many times, so we sure hope they can take what we dish out as well. As Rudy Fernandez said in Markang Bungo: The Bobby Ortega Story: "Walang personalan, trabaho lang (It’s not personal, it’s just work)." And, as this list proves, that’s truly literal on our part.

Note: For brevity, we’re using the pronouns "he" and "his" to refer to all trolls.

This article was originally published on May 14, 2012.

Fan muscle. Never underestimate what a very loyal fan would do for his idol.

Characteristics: He loves his idol and won’t think twice about flaming anyone who says anything negative about them. He also seems to have a talent for honing in on negative comments anywhere online.

What we want to say to them: Please don’t hate us because your idol needs a stylist...or more talent workshops.

Information desk. When it comes to some questions, we’re actually more like the Magic 8 Ball-our answers are limited.

Characteristics: He asks questions like the comments section is his own personal information desk.

Sample comment: "Are there still tickets available for this concert?" or "Can you give me a price list for your party packages?"

What we want to say to them: As much as we like the fact that you think we’re all-knowing and all-powerful, we’re not. Sadly.

Anywhere but here. All we know is this: It’s not the location, it’s the mindset.

Sample comment: "The best cheesecake that I’ve ever tasted is in a small café by the Eiffel Tower in Paris," "This is old news, this was done in the UK 10 years ago," or "The moment that store has a branch in the Philippines, I’m going to stop buying their products."

What we want to say to them: Thank you for constantly sharing your experience with all things foreign...on a website that’s tagged as a Metro Manila-focused lifestyle guide.

Characteristics: They don’t just blindly read the stories; they don’t just randomly laugh at the jokes. In fact, they skip the Who, What, Where, and When, and immediately proceed over to the Why, How, and most especially, the So What. Self-proclaimed editors, they cross-reference the sources and check the facts. Being politically and socially conscious themselves, they know when stories are sensationalized and which are your run-of-the-mill news reports. They wonder why,with the limited bandwith, we use them to write about kooky writeups and mouthwatering food lists when there are wars and murder going on out there.

Sample comment: "You call this journalism?! Check your facts," "I don’t see why this is classified as news," or "What is the national relevance of this story?"

What we want to say to them: Extra researchers welcome. Care to volunteer?

Puppet allegations. If we had one peso for each time someone thought we’d been paid by so-so to write this and that, we’d be able to buy a fancy trash can. Disclaimer: This is not a subliminal product placement.

Characteristics: Nothing is ever too simple for this group. For them, every story, every feature has some huge corporation, politico, or VIP backing it.

What we want to say to them: If we were pulled on strings, we probably wouldn’t be able to spoof so many things. (Nobody has to pay us to identify who’s the cutest newsman or newswoman, we do it gladly.)

Violent corrections. Which country are we in? We thought Pinoys were one of the friendliest people in the world. Stop the hate!

Characteristics: They seem to know Strunk and White’s Elements of Style well-too well, actually. They spend every waking hour checking prepositions, punctuation, and subject-verb agreement. Is peanut-butter and jelly singular or plural? They’re so engrossed in the nitty gritty details that they lose track of the story; but then again that’s not why they’re there. Sometimes, though, they’re so engrossed in grammar and typo gaffes that they commit their own when they write their scathing "correction" in the comments section. Oops.

What we want to say to them: There are nice people who say, "SPOT, there’s a typo in this article. Please check." Why the hate? Do you need a hug? We can hug you. *Hugs*

The power of one. It’s pointless to pretend that you’re several people.

Reverse snobbery. Nobody wants to be poor, not even people who are poor.

Characteristics: He always boasts about how he can make do with less. He always glorifies what he claims is his impoverished existence. Well, if you’re working hard to make ends meet, would you really have the time to troll? Don’t get us wrong, cheap things are great...but not-so-cheap things have feelings, too.

What we want to say to them: Okay, you’re cheap. Congratulations! Would you like an award?

Keep right. There are people who want to think that they’re always right. Who are we to destroy the delusion that’s keeping them alive?

Characteristics: He always has something bad to say about anything and everything. On top of that, he knows he is always right...about everything.

Sample comments: "This actress can’t act," "He isn’t cute, he looks dumb," or "Why must we applaud the success of Pinoys abroad?"

What we want to say to them: Have you been having a bad day every day for the last 15 years? Mag-milk tea muna tayo!

To read or not to read. The normal thing to do is read first and whine later.

Characteristics: He just complains about articles without reading them.

Sample comments: "Bakit wala si Lucy Torres?" (For an article listing the prettiest politicians, which had an introduction stating that showbiz personalities-turned-politicians were purposely excluded from the list.)

What we want to say to them: Thank you for pretending to read SPOT.ph!