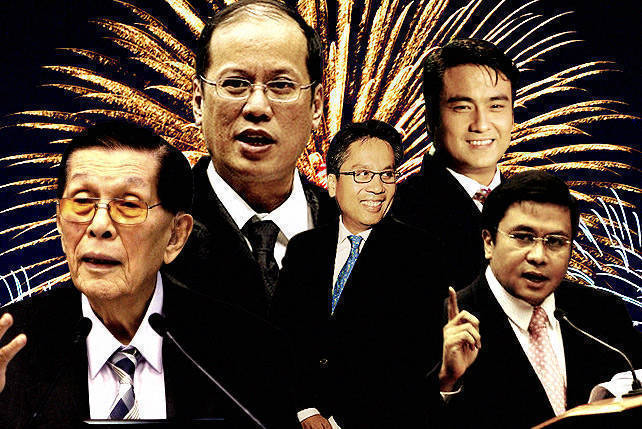 These are the "resolutions" which should be passed, enacted, and adhered to by our beloved politicians. 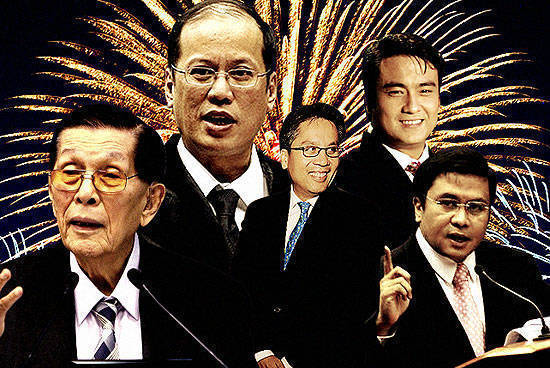 (SPOT.ph) Nowadays, aspiring to become a politician isn't as daunting as it used to be. In fact, turning this noble ambition into a reality only requires a few months of sacrifice and the gift of gab-making empty promises left and right, sweet talking underprivileged and uneducated voters, and knowing the "right" people to befriend come election time. A bachelor's degree in Political Science or Public Administration almost has no bearing. The perks are endless. And if you happen to play your cards right, there's a good chance of staying in power or even passing it to family members and relatives with zero political knowledge or background.

And since 2014 has officially opened its doors, starting the year wouldn't be complete without the much awaited New Year's resolutions everyone's dying to make (and break at the same time). But, wouldn't it be more interesting to ponder on the idea of our dear politicians dabbling in this self betterment endeavor? And, in the event they do, what would these resolutions be?

Wonder no more because we listed ten "resolutions" our beloved lawmakers might and should be cooking up their sleeves this 2014. And to take the idea of New Year's resolutions to a different level, we decided to pattern these self-help suggestions after how actual resolutions are made and written by legislators.

"An act to amend Republic Act 8293 or the Intellectual Property Code of the Philippines by criminalizing plagiarism in all its forms."

"An act to amend Republic Act 10175 or the Cybercrime Prevention Act by requiring all government officials to familiarize themselves with the various forms of social media (Facebook, Twitter, Instagram, etc.), and its appropriate utilization, in order to avoid its improper use, which often leads to misinterpretation, bashing, and cyberbullying."

"An act to limit or regulate the use of invoking one's right against self-incrimination, especially by government officials currently under investigation, facing charges, or allegedly involved in anomalous transactions, regardless of the scope of the crime, and amount of money involved."

"An act to prohibit and criminalize government officials from deriving gratification associated with exercising power over others, whether directly or indirectly, and with or without malicious intent."

"A resolution to criminalize the act of blaming others and pointing fingers, in an attempt to spare one's self from humiliation and the acceptance of inefficiency and failure as an elected government official."

"An act to prohibit and penalize former government officials from running for public office again, even for a lower position from their previous post, after they have been charged, found guilty, and convicted of any crime, regardless of its gravity or scope, and prohibiting their immediate family members from occupying any government position as well."

Proposed principal author: Selected members of the Senate and Congress, with the help of local government units and agencies

"An act to prohibit government officials from putting banners, tarpaulins, or any form of tangible and intangible markers with their faces and names, for the sole purpose of recognition, on projects they spearheaded or are involved in within their jurisdiction."

Proposed principal author: Selected members of the Senate and Congress

"An act to limit or regulate lawmakers, or government officials with legislative power, from creating or passing bills or resolutions which are seemingly random, ridiculous, or just downright absurd, which will not necessarily contribute to the development of the country, and can hinder any branch of the government from focusing on more pressing issues which need to be resolved."

"An act to penalize government officials who fail to stand by their words, implement and execute their promises to their constituents, whether such promises were proclaimed prior or during their term."

"An act to prohibit any government official from eating too much "pork," and to penalize all those who will be found guilty of engaging in such an act, or those similar to it."

New Year Resolution Politicians Politics Miss World Philippines 2018
Your Guide to Thriving in This Strange New World
Staying
In? What to watch, what to eat, and where to shop from home
OR
Heading
Out? What you need to know to stay safe when heading out