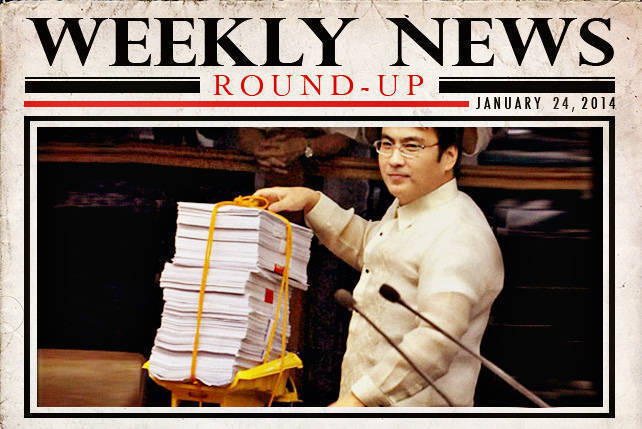 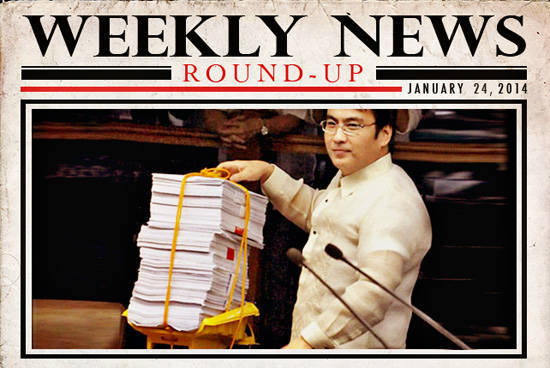 1. Senator Bong Revilla gives the performance of a lifetime in his recurring role as a senator in the Philippines.

In the fourth installment of his Alyas Pogi series, Senator Bong Revilla unleashed a tour de force monologue on the Senate floor. His latest stint involves playing the role of a humble but nuanced public servant, who needs to clear his name from damning accusations by Boy Pirma and the SARO Gang. He balances this with a subplot about his journey to Bahay Pangarap with Boy Pick-up. The piece wraps up as a prelude to a sequel, with a working title, "Gaano Katuwid Ang Daan Mo?"

Breaking from the tradition of kampihan, Senator Jinggoy Estrada discredited Senator Bong Revila’s claims that President Aquino tried to sway members of the Senate to vote in favor of Corona’s impeachment. Estrada said that the President merely had breakfast while his wife, DILG Secretary Mar Roxas, did most of the talking.

In an effort to distance himself from his fellow action stars and to be a little more relevant, Senator Lito Lapid comes to the aid of unlikely damsel in distress, DILG Secretary Mar Roxas. Roxas was devastated by super typhoon Yolanda last November, his political career swept away by the storm as he was bludgeoned by debris spewing from Korina Sanchez’s mouth.

The President was curt in his review of the monologue, commenting on a small part of the act where Senator Revilla impersonates him. He was quoted saying that while they got the part where he met with senators correctly, it’s not in his character to use the word balato. "It’s not my dialogue," he said.

Indignant about being demoted to a villainous role, Benhur Luy tells Senator Revilla to go back on the set (i.e., the Senate floor) while they’re taping Senate Blue Ribbon Committee Hearings for corroboration of facts. However, it’s unclear whether Senator Revilla can accommodate this request as his monologue was less about the PDAF Scam and more about exposing a host of other issues that need to be solved.

At this rate, public interest is waning due to the confusing arcs in the story and the lack of a clear protagonist. 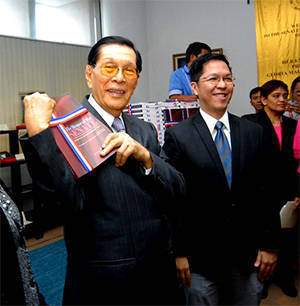 The book The Honor of the Senate, which chronicles the 44-day Corona Impeachment Trial,  will be needing a lot of revisions

Her loyal opposition, Senator Juan Ponce Enrile, has not spoken about the issue. Enrile was Senate President during the trial and is fond of talking about it as a triumph.

8. Corona’s lawyers lobby to make their client look like the underdog.

Kids, when you’re feeling like the world is falling apart, remember the fact that there are three Marcoses in power. Hate is a weak feeling against time and the Filipinos are forgiving people. Keep your head up, you’ll be fine.

9. President Aquino is the newest Dyesebel.

With the militant group Kilusang Magbubukid ng Pilipinas filing a plunder complaint against P-Noy, he now joins the ranks of a nearly infinite number of politicians who have taken the role of "corrupt politician." No word yet on how his plot will be different from others.

10. End on a good note: NBI Clearance can now be done online.

Senator Bong Revilla Privilegespeech Pdafscam Malampaya
Your Guide to Thriving in This Strange New World
Staying
In? What to watch, what to eat, and where to shop from home
OR
Heading
Out? What you need to know to stay safe when heading out