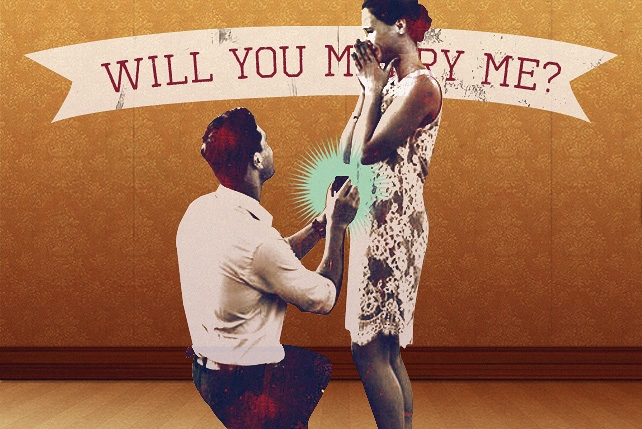 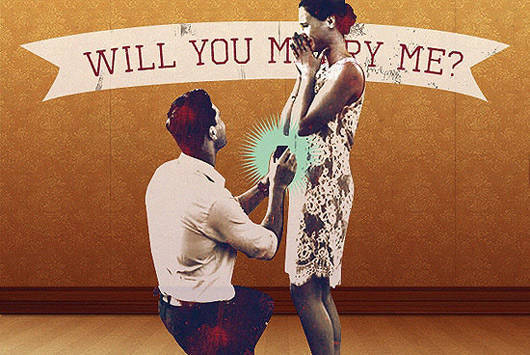 (SPOT.ph) Popping the question was pretty straightforward then-just give a lovely speech, get down on one knee, and present the ring. Times have changed, and the good old-fashioned wedding proposal has turned into something more elaborate and over-the-top. These guys have set the bar high by making their proposals big, dramatic, and even a little crazy. Still, you can't help but smile and feel a lump in your throat when you watch their videos.

SPOT.ph’s Guide to Proposing in Manila

10. Delicious twist
This marriage proposal makes us hungry. Jella Mercado and Ross Garcia went on the Binondo Food Tour with family and friends. After enjoying siopao, fried chicken, and hopia, the group walked to the plaza where Ross had a surprise waiting for Jella. This proposal has all the romantic elements down pat: balloons, roses, sparklers, fireworks, and a marching band. Nicely done!

9. I've fallen for you
Josh was about to pop the question to Brooke...but he slipped and fell off a four-story building! Watch this video to see what happens next.

8. Will you marry meme?
Memes aren’t just for the Internet. Tim gave a nearly speechless proposal to Audrey with the aid of cute and funny memes. It’s simple, but the smiles on their faces said everything.

7. Partner in crime
Calvin Leorna has a pretty sick sense of humor. While out with his girlfriend, Annabelle Jay-Ar Trono, at Van Gogh is Bipolar restaurant, he staged a fake hostage-taking incident with the help of actor Leon Miguel. In the middle of the hostage, Calvin proposed. In spite of all that drama, Annabelle said yes, which just proves she's a keeper.

6. The writing on the wall
Jeff Gurwin went the extra mile by having a mural painted for girlfriend Caitlin Fitzsimons. The proposal was spelled out with Scrabble tiles. Awww!

5. Taking love to new heights
Marzo went to great lengths to propose to Lisa. He even got a skyscraper to do it. You’ll have to see it to believe it.

4. We always knew
This marriage proposal was six years in the making. A year into their relationship, Dave and Tina had the idea to document highlights of their relationship by taking photos with letters that would eventually spell out "we always knew." They were on the last letter by their sixth year, but David had a surprise for this one. He asked two people to hold up a sign that would complete the rest of the proposal: Will you marry me?

3. Mission: Proposal
How many ways can you propose? Hint: Bring back the ’90s with ’N Sync and Boyz II Men, get your goofy friends to help, get in drag if needed, and spoof Mission Impossible. At the end of this epic video, Justin Baldoni decides that a simple but heartfelt proposal to his girlfriend, Emily Foxler, is best.

2. Music and lyrics
Bruno Mars’ "Marry You" has become a wedding proposal staple, but Isaac Lamb turned it up a notch by enlisting a cast of more than 60 to lip synch the song during his proposal to Amy Frankel. The bride-to-be was clearly delighted as she was surprised by numerous family and friends, who were dancing and acting silly in the name of love.

1. Love at the movies
Matt Still proposed to his girlfriend Ginny Joiner by making his own movie trailer and playing it in front of more than 100 moviegoers. In the trailer, he asked her father for his blessing to have her hand in marriage (the look on her father’s face is priceless). Then Matt raced to the cinema, hilariously stopping to buy popcorn, before getting down on one knee. It’s a movie-worthy proposal indeed.