Vhong Navarro's revenge: Cedric Lee & co-accused in mauling nabbed in Eastern Samar
Loading
Already a member? Log in
No account yet? Create Account
Spot.ph is your one-stop urban lifestyle guide to the best of Manila.

Because you shouldn’t mess with <em>Da Possessed.</em> (Served with sarcasm on the side.) 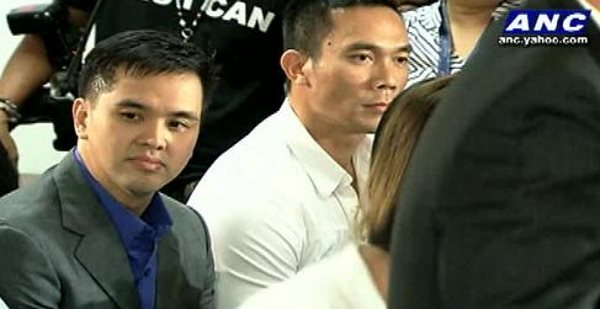 Screenshot from an ANC video

Is this a national issue and will its resolution bring world peace? No. But we’re writing about it as so we can have a demonstration of infuriating irony at work. While people accused of, say, human rights violations or duping OFWs can hide from the law for ages, those who have committed crimes against celebrities are nabbed in record time.

The report noted that "Lee and Raz were arrested by the National Bureau of Investigation after the Taguig City Regional Trial Court on Monday issued arrest warrants for serious illegal detention against them." Their other co-accused in the charge, Jed Fernandez, Ferdinand Guerrero, and Deniece Cornejo were, have also been ordered arrested. Only Lee’s sister and their other friend, JP Calma were excluded in the serious illegal detention charge, which is a non-bailable offense.

In any case, everyone in the group was also charged with grave coercion.

For more on this story, log on to Philstar.com.