The Week's News in a Nutshell: One Direction puts the word "joint" in the headlines, Zoren Legazpi has four TINs, and others
Loading
Already a member? Log in
No account yet? Create Account
Spot.ph is your one-stop urban lifestyle guide to the best of Manila. 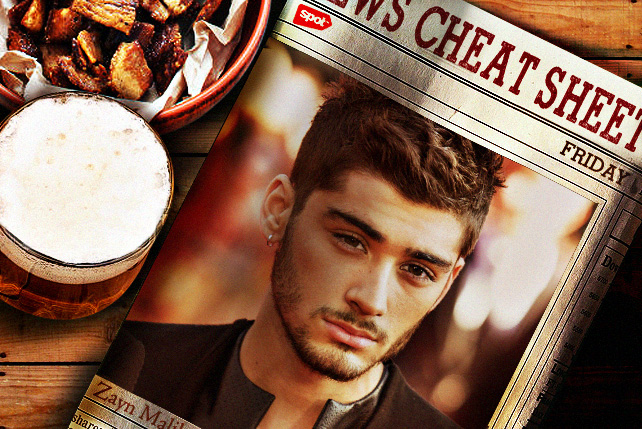 The Week’s News in a Nutshell: One Direction puts the word "joint" in the headlines, Zoren Legazpi has four TINs, and others 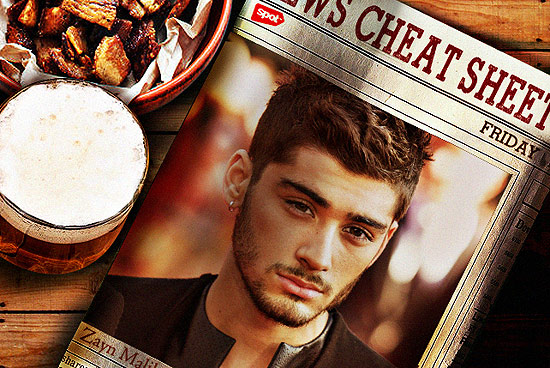 Zayn and Louis are doing drugs!

One Direction made the headlines again, this time for a video leaked by the British press involving Zayn Malik and Louis Tomlinson smoking a joint while a "popo" was riding beside the vehicle they were in. Marijuana may not be the worst drug in the world and it may be legal to smoke it in some countries (and select American states), but you probably shouldn't "light up" inside a car. And nobody should have a video of you when you're high. Not even you should have a video of you when you’re high. It's embarrassing. (In more 1D news, more tickets for their concert next year will go on sale!)

What is  Zoren Legaspi doing with four TINs?

During the hearing on Legaspi's tax evasion case, his accountant, Flora Capili, revealed that the actor has four TINs. Maybe in case he lost one? Or two? Or three? Legaspi has until June 6 to explain his odd records, and his accountant probably has until then to find a new client. We have a feeling she's going to get fired (assuming she still works for him).

"Siguro para sa Grade Five pataas," said Education Assistant Secretary Jesus Mateo, adding that this will only apply to the most congested schools in the Metro. DepEd has about five days to decide if they will implement this new scheme, which will have a set of students going to class from Monday to Wednesday, and another set coming in from Thursday to Saturday. Mateo shared that there are other ideas being considered to help address the classroom shortage, but nobody wants to point out the fact that more classrooms won't solve the problem if more and more babies keep getting made. Virtually nobody likes the idea of stopping people from making more people. That’s tantamount to saying, "You should drink poison."

A senator (hint: Husband for All Seasons)  is busy trying to give people free and faster Internet, plus "immortal" load.

Free WiFi access in Metro Manila, a guaranteed minimum speed on Internet connections, and load that never expires? Someone wants us to be happy! Is this someone on Benhur Luy’s list? Why yes, yes he is.

Janet Lim-Napoles to Butch Abad: "It’s not me, it’s you!"

We are paraphrasing, but the "businesswoman" has officially pointed a finger at Budget Secretary Florencio "Butch" Abad. In a report by Interaksyon.com, Madam Jenny confessed that it was Secretary Abad (then a congressman) who "taught her the ins and outs of bureaucracy." Being a "private businesswoman," Napoles said that it is not in her capacity to orchestrate the entire scam. With her performance on the Senate floor in mind, we’re inclined to agree.

In other news, she also revealed that she met with Senators Alan Peter Cayetano and Francis "Chiz" Escudero to give them money for their campaign in 2010. Shocking! (Okay, not really. Nothing shocks us about this anymore.)

News Cheat Sheet Onedirection Zorenlegaspi Janetlim-napoles Pdafscam
Your Guide to Thriving in This Strange New World
Staying
In? What to watch, what to eat, and where to shop from home
OR
Heading
Out? What you need to know to stay safe when heading out