10 Historic Places in Metro Manila You Need to Get to Know
Loading
Already a member? Log in
No account yet? Create Account
Spot.ph is your one-stop urban lifestyle guide to the best of Manila. 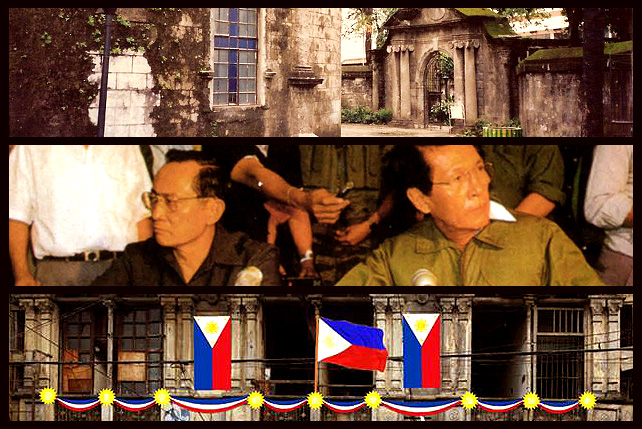 From Paco Park to Krus na Ligas to Parang: a tour of some of the usually overlooked sites in Metro Manila where history was made. 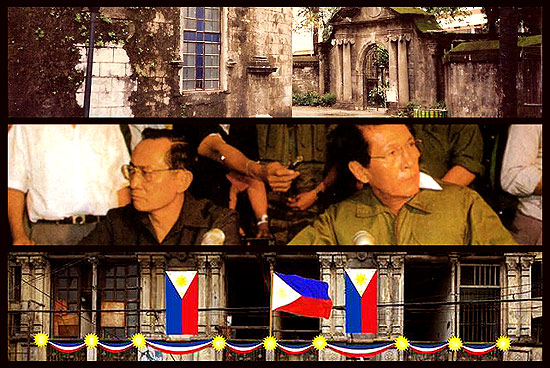 (SPOT.ph) Metro Manila has survived wars, floods, violent protest rallies, and even unruly film festival parades. It is often centerstage for events of national and historical importance. So it wouldn't be surprising if the village that you call your neighborhood or the harmless-looking bridge you pass every day has a story to tell.

Here are several places and their stories from the pages of history. In case a time machine or a time wormhole transports you back to these times and places, beware. We suggest you try not to change anything or you may just alter the fate of the country. 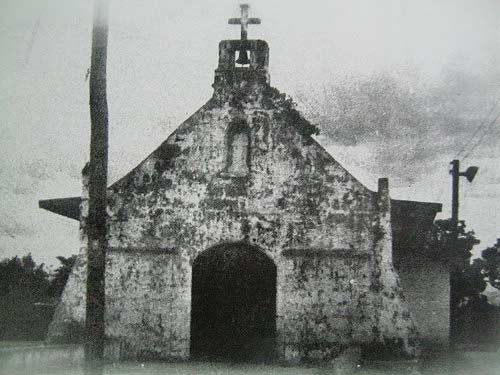 This church has witnessed historic movers and shakers. Photo from xiaochua.net

A community near the University of the Philippines Diliman, it used to be called Gulod during the Spanish colonial times. It was said that Andres Bonifacio and the Katipuneros used to meet in one of the houses in front of the chapel in the old plaza. Back in those days, it was easy to get lost in Gulod because of the marshes and tall grass. Thus it became a perfect hiding and meeting place for the Katipuneros.

In August 1896, with the Philippine Revolution under way after the discovery of the Katipunan, Bonifacio, Emilio Jacinto, and their band of Katipuneros stopped by Gulod to rest and eat before continuing to Pinaglabanan. Check out more here. 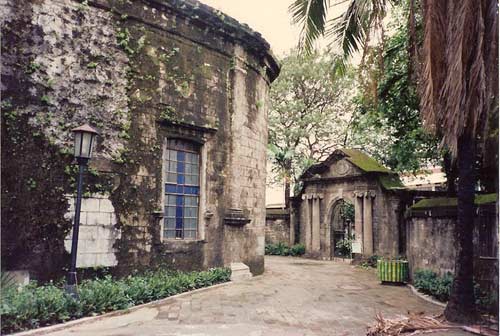 A cemetery during the Spanish era, Paco Park was declared a national park in 1966.

This is where the Dominicans buried their dead, along with deceased members of prominent Spanish families. But Paco Cemetery became open to the public in 1822. There was a cholera outbreak at the time, which claimed many lives, and burial spaces in Manila became extremely limited. The cemetery later served as the burial ground for four national heroes, and in 1966 it was declared a national park. "Gomburza," the popular appellation among the restive populace in honor of the martyr-priests Mariano Gomez, Jose Burgos, and Jacinto Zamora, were buried here. The execution (of Spanish mestizo priests at that) so deepened the resentment toward Spanish rule, that it even affected a young boy at the time by the name of Jose Rizal-who would later dedicate his El Filibusterismo to the martyred priests. After his turn to be executed in 1896, he was also interred here before his relatives took his remains to be cremated. During the Pacific War, Japanese forces stocked their matériel in this park and used it as a defensive fortress. 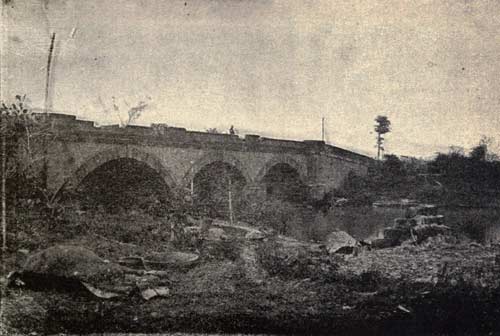 Built in 1883, this bridge became the controversial scene for that February 4, 1899 encounter between Filipino and American soldiers which sparked the Philippine-American War, after a period of increasing animosity between the Filipinos and the encroaching Americans. This incident was believed to have occurred on San Juan Bridge but research suggests the first shots were actually fired between Blockhouse 7 and Barrio Santol in Sampaloc, where the marker is now located.

During the Second World War, Japanese troops set up concentration camps around the Philippines, some of them in Metro Manila. Bilibid Prison was reserved for Bataan and Death March survivors, while the University of Santo Tomas was where foreigners (mostly American and British nationals) were detained. Over 4,000 civilians stayed in this camp for three years, enduring its harsh conditions. But unlike the Nazi concentration camps, this prison allowed its detainees to have their own possessions and even money. There were several reports about spies among the internees. And those who attempted to escape were executed. When more and more people were brought to the camp, some were transferred to Laguna, in the old Architecture building of the UP Los Baños. The Santo Tomas Internment Camp was one of the first places to be liberated in Manila in February 1945. 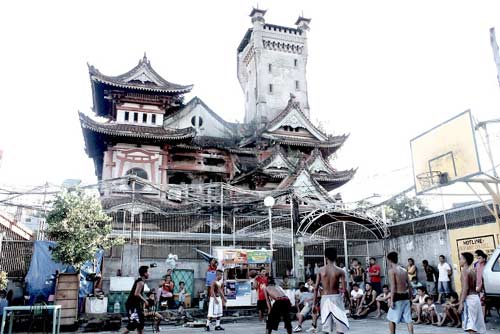 A distinct edifice amid the rap and rhythm of a basketball game. Photo by Paolo Bustamante

An eye-catcher on Viejo St. in Quiapo, this was built in the 1930s by lawyer and realtor Don Jose Mariano Ocampo. The pagoda was originally constructed as a decoration to his garden and it also became the office of Ocampo's real estate company. The building was finished under unfortunate circumstances-1939, the start of World War II. It became a place for refugees during the war. After Ocampo sold the property, the pagoda became a boarding house. A basketball court serves as an entrance. The original statues of religious figures from the garden are kept, almost hidden, in the back of the building. 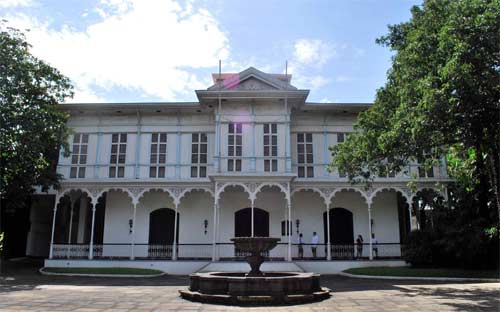 The Goldenberg, an old timer in Manila’s heritage district of San Miguel. Photo from the blog of the National Historical Commission of the Philippines

This villa on Solano Street, San Miguel, Manila, was built in the 1890s by a European company, then bought by Jose Moreno Lacalle, a judge who moonlighted in selling indulgences. The house had served many purposes since. It was occupied by the Spanish Royal Navy Club, it became the house and one of the headquarters of General Douglas MacArthur, and a temporary office of the Philippine Preliminary Expedition to the International Exposition of St. Louis. It was also used by the Philippine School of Commerce and this was where the Philippine Senate held its first session. Later it was occupied by Michael Goldenberg, a businessman and Rizalist.

In the 1970s, then-First Lady Imelda Marcos bought the house from Goldenberg's heirs for a reported sum of P180,000, and tapped architect and National Artist Leandro Locsin to supervise the restoration. The house, which also served as the office of the Marcos Foundation, contains collections of Chinese jade, Thai pottery, and rare books. Unfortunately the mansion is not open to the public as it is also used to host visiting diplomats and royalty. 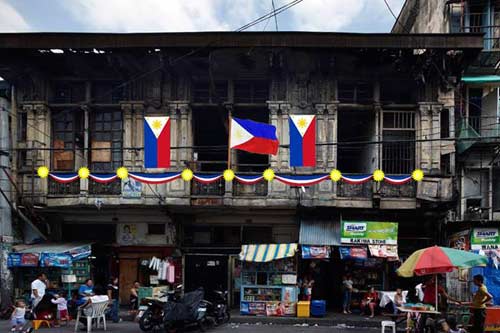 The once majestic Kasa Boix. Photo from the home’s Facebook page.

This house on Bautista Street, Quiapo, was built by Don Marciano Teotico and Juan Hervas in 1895. From 1896 to 1900, a teenage Manuel Quezon stayed here when he was studying law at the University of Sto. Tomas. It later became the house of poet and journalist Jose Teotico. The house was also owned by the Crespo family and Boix Terradellas before they donated it to the Jesuits.

After the Pacific War, it became the office of the Star Reporter. Then it became the office of several printing presses, and eventually, a dormitory.  The house is a shadow of its former glory, but a group of volunteers, the Kapitbahayan sa Kalye Bautista, is leading efforts to maintain the house and pave the way for its restoration. Kasa Boix also has a Facebook page. 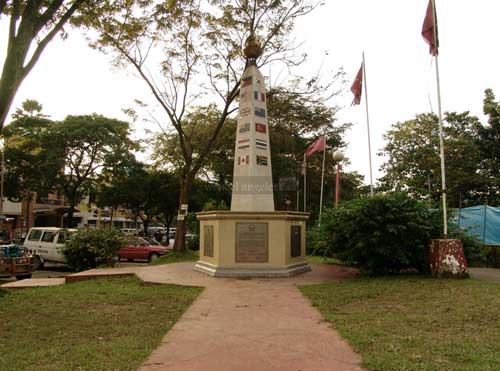 Memorial for Filipino casualties in the Korean War. Photo from marikeno.com

More popularly known as Marikorea, this was the training ground for more than 7,000 Filipino troops sent to the Korean War during the '50s. Parang was chosen as the training ground because its terrain was said to be similar to Korea's. Former president Fidel Ramos took part in that war as a young lieutenant. A memorial for the Filipinos who died in that conflict-also called the "Forgotten War" by its veterans-now stands in Marikina Heights. 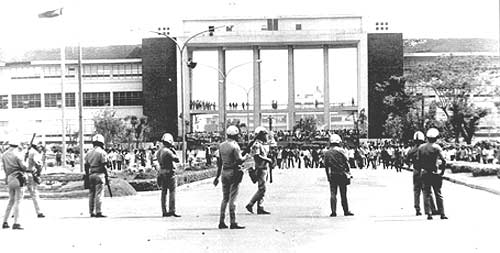 The Diliman Commune, the protest movement’s takeover of the state university in 1971, a year before martial law

Serving as entrance to the Iskolars ng Bayan of the University of the Philippines-Diliman, this road was barricaded by students during the 1971 Diliman Commune, a commemoration of the First Quarter Storm the previous year. (These are now historic chapters in the country's protest movement.) The Diliman Commune stood for the symbolic takeover of UP, back when the idea of the university as a separate republic was in vogue. The most salacious facet of this episode is, of course, the public broadcasting of Ferdinand Marcos's alleged tryst with American starlet Dovie Beams. (Check out this episode of Lourd de Veyra's History program.) Government forces violently dispersed this mass action. A year later, Marcos declared martial law.

A known casualty of this episode is student Pastor Mesina, who was shot dead by a mathematics professor sympathetic to Marcos. In 2006, a marker was placed on this site in his honor. For more on Mesina's story, check out this link. 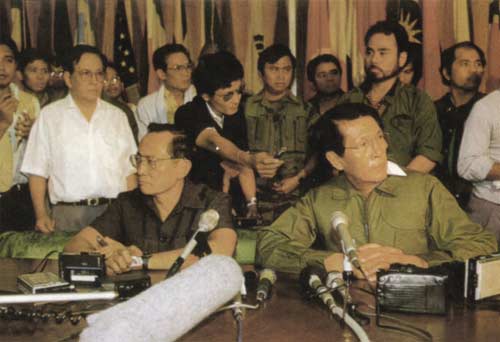 In this now-historic photograph by Peter Charlesworth of Time magazine, Ramos and Enrile hold a press conference at Social Hall to confirm their break from Marcos.

A lot of major decisions regarding the country's safety and security were made in the Bulwagang Panlipunan of the Department of National Defense. This includes the press conference held by Juan Ponce Enrile and Fidel V. Ramos where they announced their withdrawal of support from the Marcos dictatorship, which triggered the People Power Revolution of 1986. In 2011, to commemorate the 25th anniversary of EDSA, the social hall was transformed into a mini-museum. It displayed memorabilia from that event, including the iconic image of the Blessed Virgin Mary carried by Ramos and Enrile at the start of the uprising, an attendance sheet, tape recorders, and microphones used during the historic press conference.

Historic Sites Metro Manila
Your Guide to Thriving in This Strange New World
Staying
In? What to watch, what to eat, and where to shop from home
OR
Heading
Out? What you need to know to stay safe when heading out