We don’t know who exactly is behind the site, BV Patrol, but they’re sure making life more complicated for Senator Jinggoy Estrada’s family. In this case, it’s the senator’s son, Jose Luis "Jolo" Estrada, who may have made himself the perfect target of a lifestyle check.

The story featuring the young Estrada’s posh lifestyle (as shown through screenshots of his Instagram posts) was reportedly first sighted on the website, Manila Speak. However, as one of our readers pointed out, the site soon crashed, presumably due to the traffic pulled in by the article. Manila Speak is also accesible through the site’s Facebook page, where they have reposted the article.

Anyway, the young Estrada, with the IG username @joloestrada17, has since turned his page private. However, it seems that whoever is running BV Patrol managed to take some screenshots of the stuff he shares on his IG page. (Take a look at some of the images below.)

It seems like this boy’s life is filled with Louis Vuitton loafers, presidential suites, private jets, and casino jaunts on his birthday. Of course, we don’t have  access to his other IG posts. He (the one wearing a watch in the private jet photo) and his brother, Julian Emilio, could very well have been eating Boy Bawang instead of Cheetos in those shots. Or maybe not.

For the record, aside from the two boys, the embattled senator has two daughters: Janella Marie and Julienne. 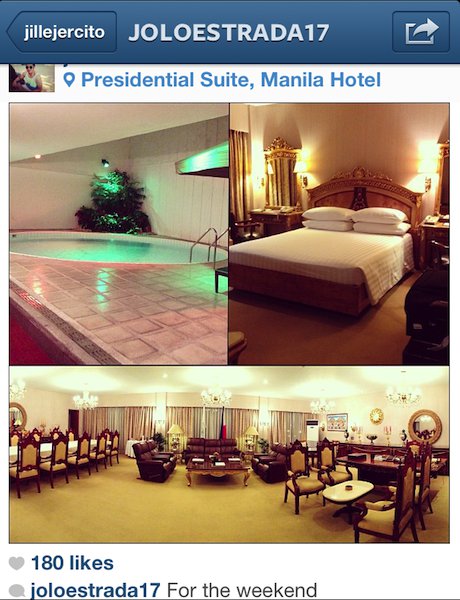 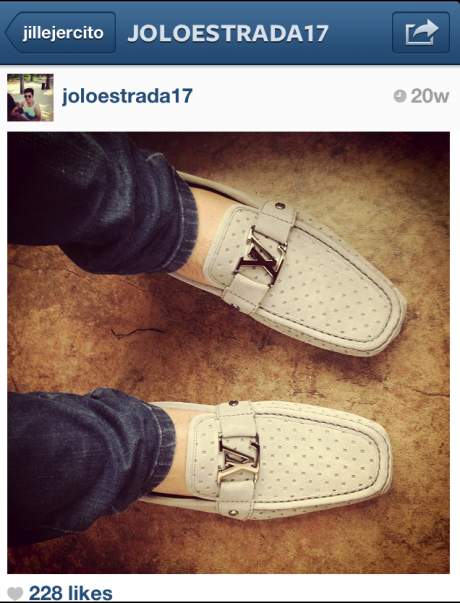 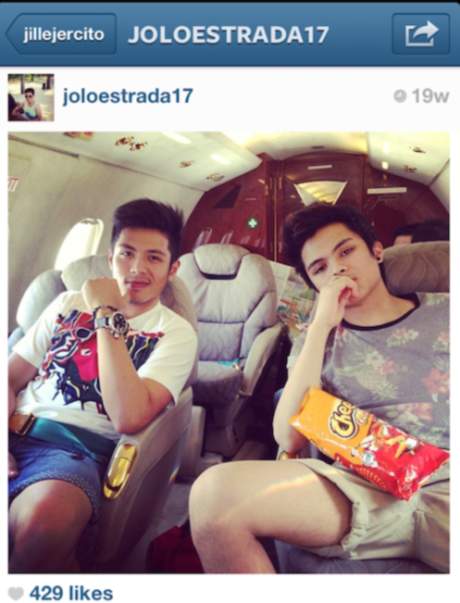 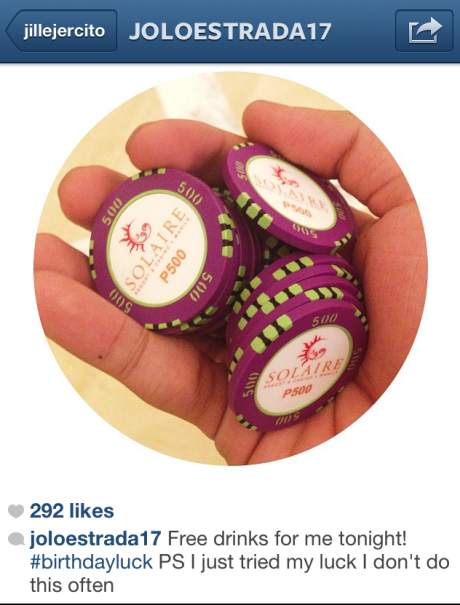 Jinggoy Estrada
Your Guide to Thriving in This Strange New World
Staying
In? What to watch, what to eat, and where to shop from home
OR
Heading
Out? What you need to know to stay safe when heading out