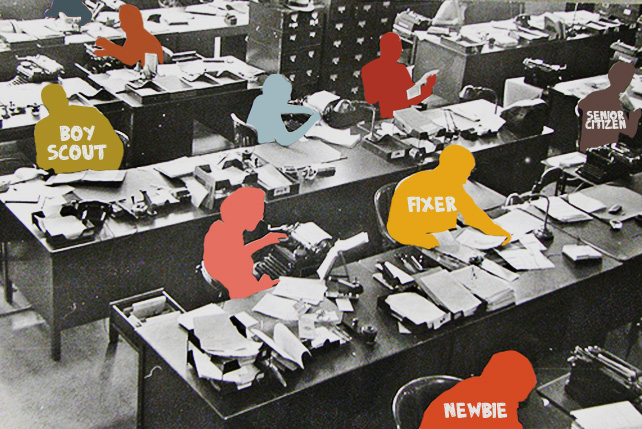 The 10 People You Meet at a Government Office

Let’s face it, you’ve met one or two of these people before. 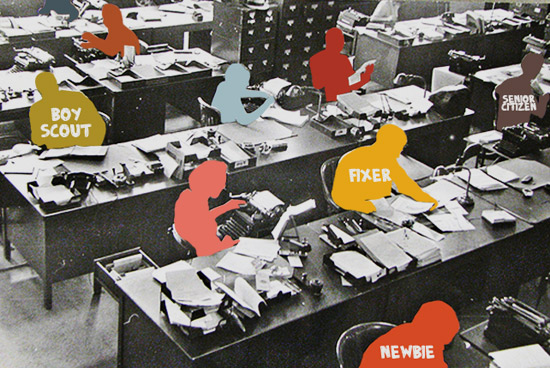 (SPOT.ph) There’s nothing quite like the experience of going to a government office. If you think about it, it’s almost like going on a trip out of town, though not as fun. You wake up at ungodly hours to be there before the doors open and set aside an entire day to be there. There are plenty of headaches along the way, and at the end of it all, you’re exhausted and dying to go home.

As much as you’d like to avoid stepping foot into a government office, you’re going to find yourself in one at least once in your life. When you do, you’re bound to encounter at least one of the people on our list. Better yet, you see a little bit of yourself in them, too.

The 10 People You Meet in an Elevator 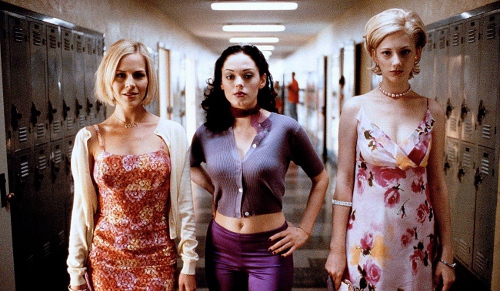 We have all been the newbie at some point. You know, that person who arrives at 7:45 a.m. and still thinks it’s early enough ("’Di pa naman bukas ang mga office hanggang 8 a.m."), then is genuinely surprised when he’s at the back of an already long line. It could also be the person who showed up wearing slippers and a sando instead of the proper dress code. 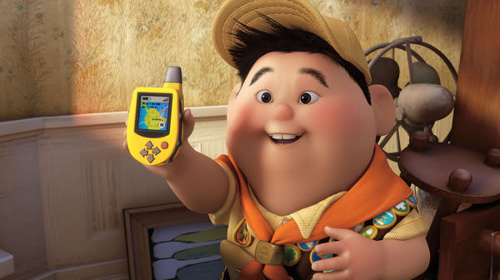 You know what they say about boy scouts.

This one has weathered a trip to the government office more than once. He’s there before the crack of dawn, already seated and first in line. He’s already gone to the bathroom so he doesn’t have to leave his coveted spot. He’s dressed in proper and comfortable attire. He might even have snacks and water in his bag. He’s so prepared for the grueling day ahead, you might want to take notes. 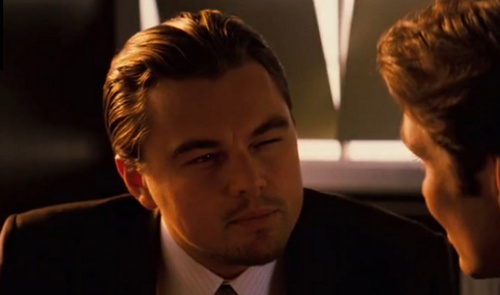 Maybe if he squints hard enough, he’ll see the instructions.

The One Who Can’t Read

...instructions, that is. It’s all right there, emblazoned in huge, bold letters. There are arrows detailing where to go. There are step-by-step labels at every station. There are multiple signs posted on every corner. All he really needs to do is look up and read, but here he is, completely confused and asking you where step four is when you’re both at step five. 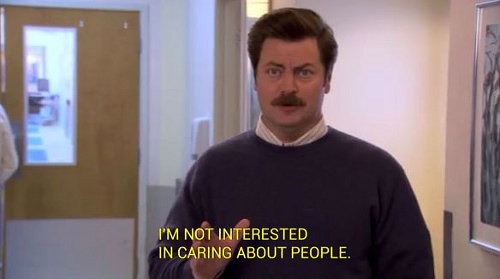 We’re just as exhausted as you are.

We know it can’t be an easy job. We understand how difficult it must be to deal with so many people every single day. We know your patience is wearing thin, but really, so is ours. Maybe it would do us both some good if you could watch your temper and repeat what you were saying... slowly and nicely this time. 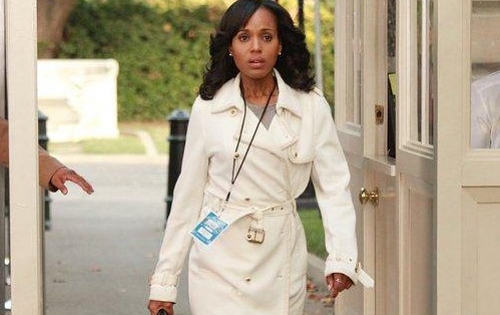 No, we don’t mean the Olivia Pope kind of "fixer."

You know who this is. He’s the one who whispers tempting offers of shorter waiting time and faster processing-for a price, of course. Everyone warns you about him so it’s best so steer clear. 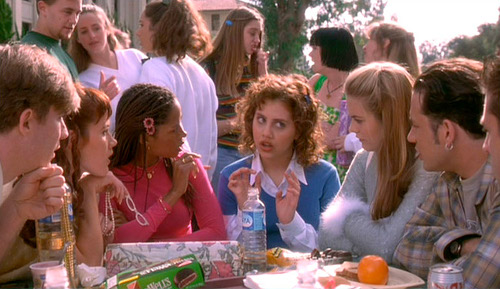 Suddenly, the line is starting to look a lot like this.

The One with a Lot of Friends

It’s barely morning and you’re already itching to get home. You thank the heavens you were there early, which means you’ll probably be done by lunch. Then the person in front of you magically conjures up three to five friends out of nowhere and you realize you won’t be out of here as soon as you thought. Not only did they cut the line in front of you, they’re unbearably loud, too. 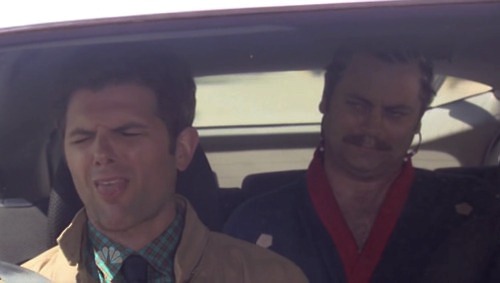 Just hope it doesn’t get too TMI.

The Overly Friendly One

Spending half the day or more in line can get boring, so a conversation with a stranger to pass the time can’t be too bad. It’s another thing, however, when this person is sharing his entire life story with you. Worst of all, there’s no escape. You’re stuck next to him until you finally go home. Just smile and nod. 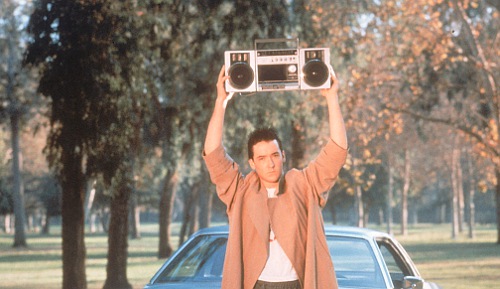 Look on the bright side; at least it’s not a boombox.

The One with Loud Music

There’s always that one guy who plays his music on speaker. You can either sing along (if the song is that catchy) or turn up the volume on your own music player. You can also just listen to him sing off-key and botch the lyrics terribly. 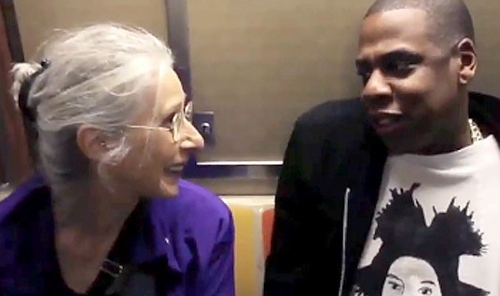 After spending four or five hours on our feet, we’ve started to gaze longingly at the breezy senior citizen lane. So... fast. So... easy. We can’t help but be jealous of their priority lane; we’re starting to feel like we’ve aged decades in ours. 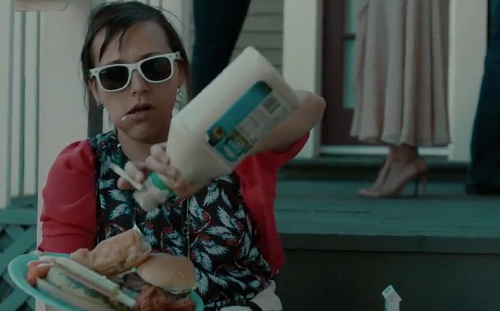 If you can have lunch, so can I.

The One Who is Still on Lunch Break

Nowadays, most government offices have a no-lunch break policy but there are a handful who still pretend otherwise. If you braved the lines most of the morning, it’s time to pray you get to the counter before noon strikes. If you’re the person next in line right at 12 p.m., our deepest sympathies.

The 10 People You Meet in an Elevator

Humor Governmentoffice
Your Guide to Thriving in This Strange New World
Staying
In? What to watch, what to eat, and where to shop from home
OR
Heading
Out? What you need to know to stay safe when heading out